I absolutely HATE eliminator and will do it only ONLY if absolutely necessary for a playlist event.

I love playing Eliminator. Currently on 62 wins. Once you get your head around how it works it’s very engaging. Like a lot of things getting your first win is the hardest one.

I usually stay near the edges at the start and head in the opposite direction of any arrows I see, and I almost always make it to 30th easily. After that I can actually have some fun with it.

I always wondered why they put those irrigation circles in SW of map.
Now i know, its the only place flat and empty enough to get skill points in an Extreme E

Speaking of, has anyone else noticed skill chains sometimes breaking if you look at them funny?

I’m driving along in my Extreme E, wide open field, nothing but breakables, and all of a sudden, my skill chain breaks for no apparent reason. I don’t know if it’s a bug with the Extreme E cars, or of I just notice it more in Extreme E cars. But I’ve seen it a lot in the last couple weeks, most often with Extreme E cars.

I unlocked most of the skill mastery and just did some drifting and Smactus smashing near the main festival site. Stopped after 250K.

I hope it’s not what I think it is, that was there early game then patched out.

I don’t think I’ve had one break for no apparent reason, but I’ve had a lot get broken of late by, er, breakable things, and not just in the Extreme E vehicles. I’ll crash through something which I know is breakable and the skill chain has gone.

It’s an occasional thing in FH4, too, but I’m sure the frequency of this occurring in Horizon 5 has increased since the start of this series.

The e junk is notorious for this as far as I have noticed. A real pain in the tuchus. Another reason to loathe the e junk being crammed in our face. At least cars like the Rimac are fun to drive.

They’re sensitive. I had a chain break hitting a guardrail perpendicularly in the cc championship. At least it reflects their F1 influence.

Did you not lose any skill chains hitting cacti ? Not every time,but now and again a cactus would prove too much for it in my car,ditto those tiny little markers on the highway,even just crossing the central reservation could break it occasionally. Those street lights in the middle of the highway would break it nearly every time.Something is not right with collision recognition on those cars.

Nope. Nothing broke the chain and I didn’t even waste 25 skill points on the unbreakable skill where it takes an extra wreck to break the chain. I just spent skill points on skill masteries that would result in faster or % increases in the skill chain buildup.

The only thing I’ve noticed with regard to skill chains breaking in the Extreme E is they break more easily on hard/crash landings after jumps.

BTW: I’m playing on the XSX.

I’m on xsx too.I wonder if its the tune i’m using making things worse ? i’ll go and try a stock one

Sometimes I gotta call bs on some of the replies. Or maybe people just don’t pay attention to what’s going on while they’re playing the game.
I have an SP run area just west of the Csas Bella house. It’s full of cacti and rock free. Great open run for farming SP. I’ve tried several times with the e junk to farm SP out there and every time I get the multiplier over 3 the chain breaks. I’ve tried building up a little in the SP chain but I’m not wasting a lot on these junkers. And no way am I going to waste 25 SP on the extra life mastery for one of these just to see if I can do a little of what I know the RS200 hoony can do in reverse.
So yes, hitting a cactus with an e junk car will break a chain. Especially if your multiplier is very high. These things are just plain junk. I think they’ve been designed that way for a reason. Whatever the reason, I don’t know. Dumbest move PGG could have made. Too bad it wasn’t paid dlc like hot wheels then I wouldn’t have to deal with it. As soon as I can afford a PS5, I won’t have to deal with it anymore.

i’ll go and try a stock one

Which turns out is just as bad as the tuned one.
They aren’t too bad in open ground smashing vegetation,but smashing anything breakable on the highway is out of the question if trying to build a chain

I paid very close attention to my attempt at the Daily in the Extreme E. Did it in the 20 minutes while my wife was showering before our morning dog walk. Got the point and then had time to catch up on reading the Forza forum posts that came in over night. Intentionally hitting cacti and drifting. Not once did the skills chain break. Even did an attempt on it before bed last night and got it up to 220K points before stopping to collect my 4 skill points.

Not saying it’s not breaking the skill chain for you as I’m not so conceited and naïve to think that everyone else has to be experiencing the same as me.

But you did say that people claiming the chains don’t them when hitting cacti is bs.

I’m on a XSX. Just recorded a 45-second clip of proof that it is possible to smash through caci and power poles in the Electric E without breaking the skill chain. I can share the video link once it uploads (slow on my cellphone hotspot right now).

But you did say that people claiming the chains don’t them when hitting cacti is bs.

No. This is what I said, “Sometimes I gotta call bs on some of the replies.” It wasn’t pointed at you just a blanket statement. Probably not in the best judgement. But then I kinda run that way. From time to time.

Not sure if we are talking about the same thing, but I did complete this week’s challenge of 100K SPs in this & I did it in the cactus laden area north of the main festival site. Once I hit just over 25k SP with a X4 multiplier I stopped to collect the points. 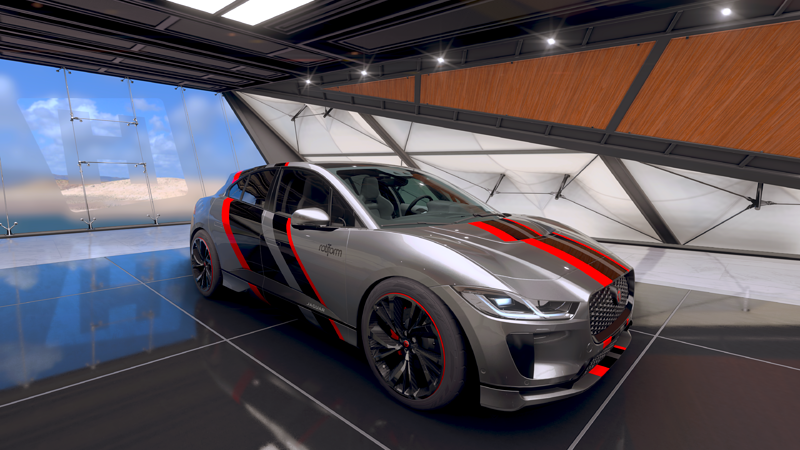