Me in real life

Theres alot of negative thrown about on this forum about this game but i feel over time the real
point of this game has been lost.

At the end of the day its a driving sim. And based on that you have to say that the games is
brilliant. I race cars in real life and it is very realistic and the game really can make you a better driver.

Its frustrating when patches/updates for paints and more cars are coming out when really thats not what the game is about. all the game requires is an update to show overall lb performance and more tracks and its set.

Its also infuriating when their are achievments for flipping your car but nothing for setting the fastest time on a track out of the entire community.

Its also infuriating when dlc’s come out to extract more money and multiplayer crashes. I have never bought a dlc in my life as i think its
nuts paying an hours wage for 5 virtual cars. Yes people say ‘but you don’t moan when you purchase the game’ - i purchase the game for the driving physics, tracks etc. And yes this gets annoying when dlc cars dominate lbs as i cant set times. I havent touch P class for example.

Anyway im not saying painting or tuning is a waste of time, or buying dlc is wrong, each to their own as its just my opinion. but what i am saying is as a driving sim based purely on the driving element it is epic.

Here is me in real life anyway as i thought you would find it interesting to see a top(ish) player taking what ive learned from playing this game since forza 3 and using it in real life.

What the game has showed me -

Lines - in and out of corners and getting on the throttle at the right time.
Gears - Using gears correctly on downshifts and using them to balance car mid corner.
Braking - Brake in a straight line as much as you can and scrub the last bit of speed off on turn
in.
Throttle - Any gaps from brake to throttle is
lost time.
Balance - The car must be balanced on initial turn in i.e. The cars weight must be transferred
smoothly onto the outside of the car as early
as possible 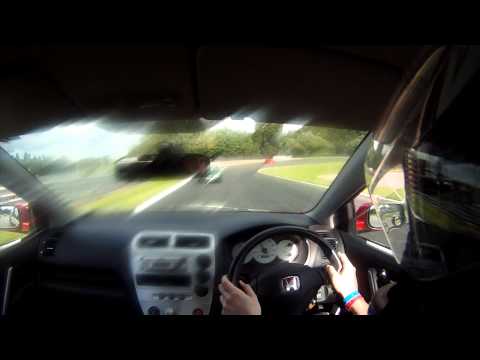 This is me on a trackday at oulton park UK in my daily drive civic type r ep3 passing a porsche gt3 that should be miles quicker.

My point is don’t forget what this game is
about before you start hating on it.

Great, thanks for your life story. Anything else?

Great, thanks for your life story. Anything else?

Enjoyed that,great drive.Theres a lot to take in from your summary of what you have learnt from the game ,the idea of the lost time between brake and throttle is really interesting.

An hours wage for DLC? That doesn’t seem right at all. Then again I bought the car pass and haven’t looked at dlc prices. Still look at it like this, that DLC will probably give you more entertainment value per dollar then most things you can do outside of gaming. I was thinking about this the other day. Avg cost for me to go to the movies solo is like $20-25. Yikes right? Anyway that’s like an average of $22.5 dollars for a 2 hour movie. So per hour $11.25.

Now lets just use the average base game price $60. if you really get into a game you could probable spend tons of hours playing it. I know last weekend I probably got 12 hours of Forza in and it was a slow gaming weekend for me. Jut using that one weekend of time vs the cost of the game the avg entertainment value per hour is $5, and I’ve got so many more hours logged into Forza I bet the cost is probably like $1 dollar per entertainment hour. Adding in the cost of VIP and the car pass will surely bring it up, but seriously it is way worth it.

So yeah go ahead and keep thinking it’s nuts to pay for DLC, like you said to each their own. I personally think DLC for most games are worth the value if you enjoy the game.

P.S. If you’re tired of people intentionally crashing, go find a group of people to race with in private lobbies. That’d probably help your infuriation level.

Looks like you got a bit faster once you caught sight of that Porsche. Nice driving.

Ye the porsche with a decent driver would be miles quicker. Just shows its not the car its the driver.

The car im driving is basically standard other than uprated pads/fluid and intake as civic type r’s suffer with hydrolock.

About paying for dlc as mentioned above, I agree the bang for your buck is good compared to other things you can spend money on but to me its the principle. To use your film analogy its like paying to go to cinema and halfway through the film it pauses and asks you if you would like to pay an extra 3 £$ to see a 20 minute scene they deleted. Now you may think ‘no thanks’ but the rest of the cinema decides to have a watch and your left feeling you have been short changed and not had the full experience because you decided you were not going to be bullied out of your money.

I completely understand why turn 10 do this however, they are simply following what apps etc do and games in the future will almost certainly be geared more and more to dlc. COD do it worse than Forza.

I guess its a personal thing but the principle of it all really annoys me.
Escpecially when DLC cars dominate lb’s. P class mazda race car. Alfa stradale. Ultima. RUF yellowbird. All those cars dominate tracks and in the case of the mazda dominates a whole class. I think this is unfair as to remain competitive you have to part with your cash. To use the cinema analogy this is not just like asking if you wish to see a extra scene in the middle its like askin for 3£€ to see if the baddy gets his face rearranged at the end.

About paying for dlc as mentioned above, I agree the bang for your buck is good compared to other things you can spend money on but to me its the principle. To use your film analogy its like paying to go to cinema and halfway through the film it pauses and asks you if you would like to pay an extra 3 £$ to see a 20 minute scene they deleted. Now you may think ‘no thanks’ but the rest of the cinema decides to have a watch and your left feeling you have been short changed and not had the full experience because you decided you were not going to be bullied out of your money.

Well, let me add to that.

I hadn’t rented a movie on Disc for quite a while - just do the streaming thing. Wife and I were thinking about a movie recently, and she mentioned how much she likes the “extras” - deleted scenes, out-take reels, behind the scenes minis, etc. So, we rented a physical Disc to watch the movie + the extras.

Get to the end of the movie, select “gag reel” from the menu, and… message pops on screen “These extra features are not available on rental discs, only on purchased discs.”

So… kinda the same, no? You pay for “the thing” - in this case, it’s Forza the game with included cars, in the movie Disc case, it’s the movie - and you pay extra for the extras.

Oh yeah - and then there’s dinner at the restaurant. I ordered my meal. Looked over at the other table, and folks were eating salads with their meals. At another table, they were eating desserts. I asked the waiter where my salad and dessert were… he says - and get this - “Those are extras. You have to pay additional for those.”

I left the restaurant feeling that I had not had the full experience, because I decided not to be bullied out of my money.

P.S. Nice to see another Forza player getting out on a real-world track

Don i understand what your saying.

Want to watch film extras you need to buy the film.
Want a desert you have to buy a desert.

Wants and needs are different.

Wants are a choice.
Needs are not.

This is the principle i refer to in that you are somewhat bullied into the purchase.

Anyway don my point of starting this thread was to relate forza to track driving so i would be interest in what you think?

I see a thread has just been put up about the clubsport pedals now has an adpater for xbox 1 so may build a wheel/ pedal rig combo. as im controller at mo. Then it will help on a physical level to.

The thing with forza is you cant feel the g force like you do in real life. In real life the cars grip and overall balance can be felt through your ass. Something a sim could never replicate.