Just read this on gtplanet:

“A surprise new DLC pack for Forza Horizon 5 is coming in the next few weeks, focusing on popular automotive YouTube channel Donut Media.

The information was revealed by Donut Media itself, in a recent podcast as part of its Past Gas series. Podcast host James Pumphrey stated that Donut had been under a non-disclosure agreement (NDA) for some time but could now announce the DLC.” 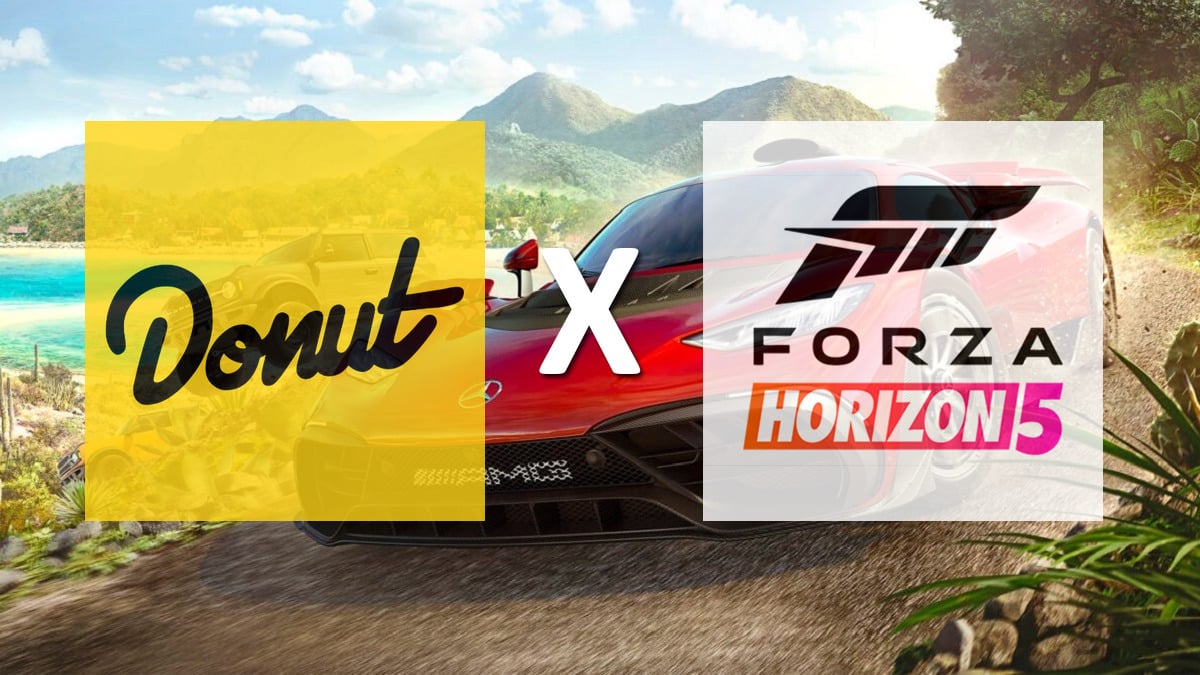 A surprise new DLC pack for Forza Horizon 5 is coming in the next few weeks, focusing on popular automotive YouTube channel Donut Media. The information was revealed by Donut Media itself, in a recent podcast as part of its Past Gas series....

I’m not sure how I feel about this yet. I’m not a huge fan of how Donut Media presents information to their viewers. Comes across too much like “Dude Bros” and less like intelligent presenters…I guess we’ll see.

Nothing will ever compare with Top Gear with the original trio. They were the pinnacle of car entertainment presenters.

Better than Hot Wheels at least.

I don’t like them adding all these one-off IRL project cars and such but honestly I don’t mind too much in the case of Donut. Looks like a step in the right direction, PGG. Finally.

Of course nothing outside of the broad basics has been announced so they could still massively screw this up. Only time will tell now but fingers crossed

I just dug around to see if there was anything “new” that would be coming from this DLC. Their “money pit” cars are stuff we already have (Miata, E36 BMW), so unless they have stuff hiding in the back of their garage, I doubt we will much new in the form of cars…

Isn’t it strange for the second expansion to come out this soon after the first? Then again, the first one usually drops sooner than this one did.

Past Gas?! I don’t know, that sounds kind of edgy for a company that sees fit to censor so many innocuous words.

It wouldn’t be an expansion.

Still wondering why they’ve never took the collaboration any further after the story with Chris Harris as voiceover in FH4, seems strange to me that they paired up with the show just for that + to add the Track-Tor and that E-Class thing they did.

Even though I was born in the same place as Paddy and loved him in Phoenix Nights I’m still not 100% on him + Flintoff but I enjoy listening to Chris’ segments, having him + some general Top Gear stuff back in this game would be nice.

My understanding based on the link is this is not an expansion, merely free DLC containing something like stories from FH4. If so cool but also whoop de doo.

Don’t know what new cars this “DLC” will even have to offer. Almost the entirety of Donut Media’s “garage” is composed of cars already available and modifiable in the game.

Do we get a free donut with this DLC? I think that would be a huge hit.

I dunno, Henry Catchpole paired with the Carfection camera work and editors has really been winning me over of late.

Very different vibe from the trio. It’s much more poetic and artistic, with spectacular B role filling the screen more frequently than Henry. There’s certainly still a little irreverent, self-deprecating British humour there, but that’s not what you go for. You go for the true star, which is the camera work and editing.

I’m not saying it’s better, but I’m saying it’s got a chance to be better, largely because they aren’t trying to copy those three.

I only started watching their stuff relatively recently. They hop back and forth across the Annoying Line for me. I expect any free DLC based around them to be shrugworthy.

Catchpole is a gem on a gem of a YouTube channel. May Carfection forever pay that man what he’s worth.

Another good channel is Throttle House, with Thomas and James. They’ve found a nice balance between genuinely good car reviewing and silly humor. Not to mention that they’ve a few gems in their lineup as well - the LFA video in particular.

As for the topic of discussion…meh. That was my initial reaction to this news, and it’s honestly not gotten better. I can almost guarantee that every car they’ll offer will have been in the game prior, in one form or another. Turn 10 needs to just snatch the mic and start making with constant, unrelenting Motorsport news drops already, and who gives a hoot what Marketing…oh, I’m sorry, Playground Games thinks.

As for the topic of discussion…meh. That was my initial reaction to this news, and it’s honestly not gotten better. I can almost guarantee that every car they’ll offer will have been in the game prior, in one form or another. Turn 10 needs to just snatch the mic and start making with constant, unrelenting Motorsport news drops already, and who gives a hoot what Marketing…oh, I’m sorry, Playground Games thinks.

Precisely. Between this and the Extreme E centered update, there have been so many duds added to the car roster. I also find it particularly coinvent that a lot of cars that were actually requested by the community were all DLC in the Car Pass, and almost everything for free has been recycled cars that should have never been cut in the first place and marketing ploy cars that have been complete duds. At least every car included in the Top Gear story last game was completely new. Most of the Donut Cars are all cars that are effectively already in the game with the only new ones being the older Tacomas, which are both probably going to be slower than molasses without the cool factor.

I for one have never heard of Donut Media.
First questions I asked myself was ‘I’m I going to check out DM?’. , ‘What am I missing by not knowing them?’.

I for one have never heard of Donut Media.

They basically have full control over the police.

Based on the GTPlanet article and previous posts some mixed feelings. Having a new story might bring some fun but I fear this becoming an FH4 TG clone. As for the cars mentioned in it, mwah doubt I will ever really use them, like I doubt ever to be using the Extreme E cars by choice on the main map ever again. They proved to be useful on some HW parts though, not the best of the best but useful or usable.

A quick search showed me they call their fans D-Holes, which suggests to me that the voice overs might not be completely up my ally, but if the driving is fun, all is good I guess.

At least things are being added at a decent pace. I like this.