Seems to be built on Forza 7, not a truly new title

From the first gameplay video it seems clear that the new Forza Motorsport is not “built from the ground up”, although this phrase has been used before without foundation as well. Just a quick glance on the gameplay tells all: the fish-eye external camera, which makes cars look distorted on screen, the way the car moves in relation to the camera, how it seemingly rotates instead of turning, the oversaturated colour palette, the cartoony, overdone contrast are all legacy from prior Forza Motorsport titles. The big takeaway here is that this is essentially the same Forza experience with somewhat enhanced graphics. 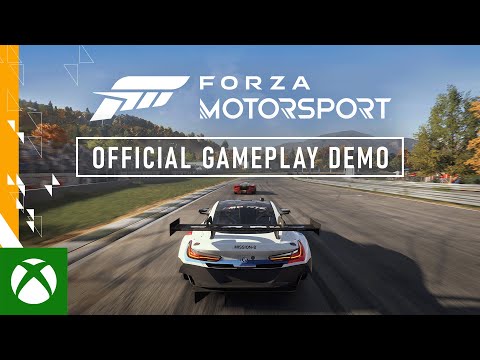 Even so, the use of photogrammetry and more detailed environments somehow look inferior to Forza Horizon 5’s open world, which, in comparison, looks much more natural. Racing cars also aren’t this reflective. They still look like toy cars, not like real vehicles. It’s all overdone, and create this cartoony look which is at odds with the series’ alleged goal of realism. 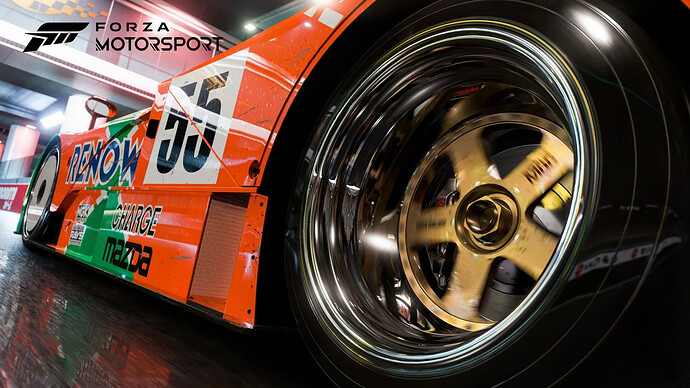 This is all inherited from previous Forza Motorsport games and this is clearly not a brand new experience, but the same driving foundation enhanced with new effects and possibly some new (hopefully more grippy, cars have grip) physics. We’ve seen the dynamic time of day but not weather. Will it be just for show again, or will it be a true simulation of rain?

Overall, Forza veterans can see in an instant that this is the same Forza Motorsport with a new, even more shiny coat of paint. I personally expected a more realistic take on car racing and not this toy-like, party-like approach. I am looking forward to finding out more (track list, car list, career mode options, etc) but right now I’m underwhelmed. It seems that the Motorsport series is just unable to truly move forward, and we get the same base experience every time. Which is all the more baffling knowing the extended development time.

Chances are that it was built from the ground up but uses the same color palettes, or camera angles from the past titles because that’s what we’re used to. It’s still a Forza game after all…

I think you’re confusing stylistic choices with architecture and coding. The palettes, camera, etc., are all in line with the Forza “style” and I’m sure that as intentional since it is a Forza game. But, from what I’ve seen and read, I am pretty sure they have a newly built game engine with new physics for the next generation of Forza games.

THAT’S the question. Is it a new engine. I think that’s all that should matter at this point.

Let’s wait and see how it feels in our hands, before any babies or bathing water is thrown out. Yes, the way the game was presented looks like more of the same, but you have to remember that Forza still has to attract a general audience. So that means over the top sliding, plenty of sparks, updated eye candy and showcasing it’s (limited) damage model. If they showed serious as a heart attack racing, that wouldn’t make a good first impression on the casual audience, you know; the ones that will play the game with a controller and turn public lobbies into crash-em-up derbies.

Hopefully more of the stuff I would like to see will come to light on the 14th on the extended coverage, if the title is there. Or perhaps we’ll see serious sim efforts on Forza weekly. Trust me, it’s hard not to be skeptical and cynical about what was shown so far, but I am just going to give them the chance to show me something that motivates me to get the title.

Some things I want are cake toppings, like new wings and body parts for cars, the ability to design aero kits (to some degree) and seasonal changes to the tracks, not just time of day and weather. I really want to see Maple Valley in early Spring. But that is besides the point.
What matters is how this supposed multiple point tire model holds up. Will I be able to launch a car without screeching the tires or riding the clutch like a lazy cowboy with a sprained ankle on a busted nag. Oh and if they implement something to usher players to actually improve at racing, that would be nice too. But still, lets wait and see what’s changed.

This was my take away from watching the trailer:

Maple Valley is in Forza 7. They didn’t show any new or old returning tracks from previous games as far as I can tell. I don’t think we were shown enough to make any sort of informed opinion at this point. I’m pretty it will not be competing with sim racers like AC or iRacing if that’s what people were wanting. I don’t want that. I would play those games if I was looking for that. Those games need a wheel and I don’t have the space or inclination to get one. I want a fair Forza where ramming and track cutting are a thing of the past more than any thing else and more ways to play like custom public lobbies.

They showed Kyalami, which is new to the series. I think there’s another new fantasy track in there somewhere as well.

Did they show it? If it’s in that trailer it’s hard to tell. I only saw it mentioned in the article about the game. Yes they mentioned a new fantasy track as well.

Im agree with this opinion.

The game looks stunning yes , but it looks like an upgrade of FM7. ( that is good )
I expected a revolution on the visual ( color palette , rendering ) rather than an evolution. 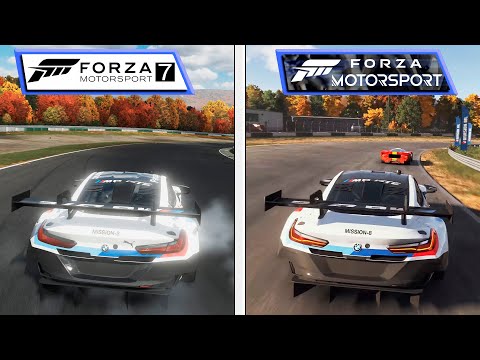 The big takeaway here is that this is essentially the same Forza experience with somewhat enhanced graphics.

The big takeaway here is that you are jumping to conclusions. Have you ever programmed anything?

The video you linked shows what I am talking about. It’s the same game, only with enhanced scenery and modified lighting. It’s built on Forza Motorsport 7 and not a brand new project. The cars even look the exact same, the difference there is the added ray traced reflections. Small enhancements instead of a truly new game.

The physics are new, tire model new, penalties new. That’s what they mean from ground up. I don’t think they meant a change in the graphical look. They are tracks, what do you want? They aren’t impressive in G7 either but they look better in Forza. You are not going to get nor do we need H5 like world detail. I’d rather that power go to the physics and actual racing. That’s what is important not the scenery that you are going to notice when you are racing. I think you are jumping to conclusions as well about a game still in development. Let’s wait and see what else is new in the coming months. This is their last chance to save the franchise and I think they are aware of that and will put out a good product. Fingers crossed. I believe in Chris Esaki and think he will do a good job.

i love the chase cam movement, it is far, far better than a totally fixed viewpoing like GT used for so many years, which makes me sick tbf. the old WRC titles on ps2 used to have a little sway before the cam moved too, is far better imo

The cars even look the exact same

That might be because it’s the actual same car in both videos.

The big takeaway here is that you are jumping to conclusions. Have you ever programmed anything?

Just from the title card, there is a night and day difference between FM7 and FM2023. I am certain the changes are beyond surface level, and we all should find out more in the next few days.

Thanks for sharing this video. It does highlight the visual and audio changes at the least.

Why would cars look different unless they are different cars? A BMW i8 is always going to look like a BMW i8

I saw multiple cars from even Motorsport 5 and 4 with exactly the same models, so this automatically does not look like a completely new game at all

I know that in Forza cars like the Silvia S15, RX7 FD, Golf Mk4, RS6 C5, Skyline R32, Shelby GT350R and many, many more barely resemble the real life counterparts