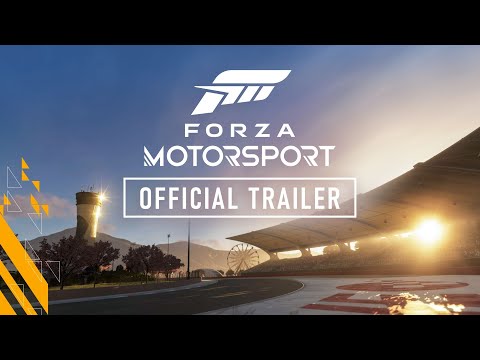 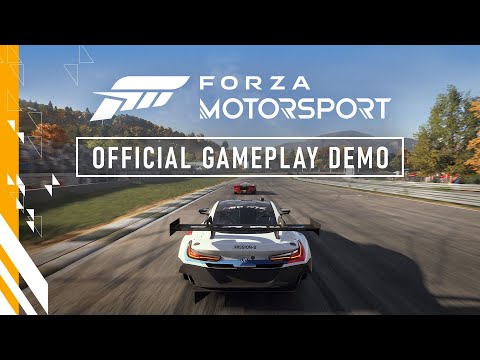 Not impressed at all.

They didn’t show the most requested feature, real wheel rotation on cockpit cam.

And never going to give money with dlc or car pass anymore. After forza 7, horizon 4 and 5, I will never buy anytinhg before know what is the cars/dlc inside the passes, or I will just buy the ones I like.

I am soooo excited and they really did incredible showcasing Maple Valley and the beauty of the track! The Ray Tracing also looks simply incredible! Definitely going to be preordering this when I get the chance!!

Well that video is a lie… ‘gameplay demo’ indeed. Sheesh, they really take us all for mugs don’t they.

To be honest, it felt like an FM7 remaster, including the talk between Chris and Dan.
In other words, there was no excitement or surprise, only more anxiety.

Hopefully the announcement on the 16th will put this concern to rest.

Yeah, I’m sorry, but I’m not that impressed. Maple Valley at least looks like it no longer from the Xbox 360 era, but that was about it. No new tracks, only a few new cars, and no new features we actually want to see (namely a more animated cockpit). I know its still early days, but as others have mentioned, this looks way too much like Motorsport 7 remastered. The Hot Wheels Expansion trailer for Horizon 5 managed to get my motor running more, and I was largely against it when I first heard about the leak.

Can’t really comment on the physics from such a short clip. As for the graphics, I can’t say I’m impressed at all. Apart from the ray-traced reflections, the game looks too similar to FM7, which was released in 2017.

What “announcement on the 16th”? Whatever it is, hope it’s good because you’re right: we have heard this all before, time and time again: some variation of “it’s shinier, we’ve reworked the physics (sooo ambiguous, that) and we have (insert double-talk for sort of not really having a day/night/weather cycle here).”

And ooooo man, when they started talking about he pits, I was ready to see a GT-style crew but nope! Yet more telling instead of showing.

EDIT: nvm I know which announcement we’re speaking of. We’ll see what Chris has to say and also: I’ve now seen a comprehensive breakdown of the cars we see in the trailer, and I’ve softened my stance a bit as there are some goodies in there. Car content and track content are punch list items #1 and #1A for me. Everything else takes a back seat, including weather and day/night cycles. Just give me more tracks, and more cars.

Oh, and an actual 360-degree cockpit view and the option to qualify in career mode. Please oh please let me have that.

Did we watch the same videos? Because I had high expectations, and I was still blown away with how fantastic this game looks. I can’t name any racing game that looks even remotely as good as this. The new GRID looks pretty good, Dirt 5 is fine and GT7 is fine, but those were more or less on Forza 7’s level already.

They even confirmed on the blog here that the gameplay video was captured on a Series X console. 4k60 with ray tracing nd dynamic lighting is no small feat. I am incredibly hyped to see more. Hopefully it won’t be too long.

Wonder if they have cracked the XBSX and got it running at 60FPS with ray tracing?

Positive trailer IMO, but mostly big talk. Let’s see if the core experience is as tasty as the casual bait.

The physics talk is useless because Project Cars 2 had a 360 Hz physics rate yet it didn’t matter against its competition at the time (AC and rF2). If the model is bad, it doesn’t matter which timescale you use. Timescale/frequency in simulation gives you resolution, not accuracy.

When you talk about “most advanced”, you aren’t just aiming at Gran Turismo (which had some pretty advanced stuff in it despite being crossgen), you’re aiming at F1, ACC, iRacing, Automobilista and rF2. You’re also not talking about graphics only, but everything that makes a racing game.

T10 has VERY big shoes to fill and it could backfire if the game is not on par with the expectations they want to generate.

It looks great!! BUT with 3D trees has come shadow popping on them, which I find to be a total distraction.

I would prefer less detail in the trees if it stopped details popping/shadows in on them.

I’ve got both a Series X and a high-end PC with a racing rig with triple screens and I’m really hoping that this could actually be my primary racing title BUT it would need some proper physics (lets hope the 48x improvement dose what it sounds like it should) and I REALLY HOPE for FOV adjustment and triple screen support.

I know that I may be a fringe case and that it’s first and foremost an XBOX game, but I really don’t see any reason they can’t also target the more hardcore PC sim guys with this as well. After all they say it’s “the most technically advanced racing game ever made”.

When you talk about “most advanced”, you aren’t just aiming at Gran Turismo (which had some pretty advanced stuff in it despite being crossgen), you’re aiming at F1, ACC, iRacing, Automobilista and rF2.

but he said racing game not racing sim
so my guess he is more aiming for grid, gt7 and maybe f1 but not for the classic racing sim titles

I REALLY HOPE for FOV adjustment and triple screen support

that would be awesome

I want to see the cockpit cameras; I also want to know if the FOV can be adjusted.

And I cannot take anyone’s word for how the game feels. I have to play it for myself. When will a demo be available? Turn 10 made all these improvements, let us see them first hand.

The game is literally another year away, there won’t be any demos anytime soon

Looks pretty. But I’m curious about the career structure and the general UI for setting up races and such. All of that just seemed to get worse and worse with FM on the XB1.

This is clearly the same game as Forza 7, only with added ray-traced reflections. I am fairly sure nothing will change. Wheel rotation, physics, weather, it’s always just marketing talk from Turn 10 but never truly a simulation of any of those things. Smoke and mirrors, nothing else. Also, nothing looks realistic at all. More like a cartoon. The lighting is off, everything is either too dark or super shiny, materials are wrong, colour palette is unrealistic. I bet the cars will slide all around the tarmac still, there will be no grip, and the “weather” and “time of day” will just amplify the grip loss to a ridiculous degree. Turn 10 never understood real car physics. And that fish-eye external camera is as terrible as ever, as if it was some kind of Need for Speed game. This is a marketing-game for youngsters who believe this is simulation.

Cockpit cameras will probably the same as ever, with the same 180 degree wheel rotation limit. It will be more telling than anything that this is the same game as FM 5, 6 and 7. 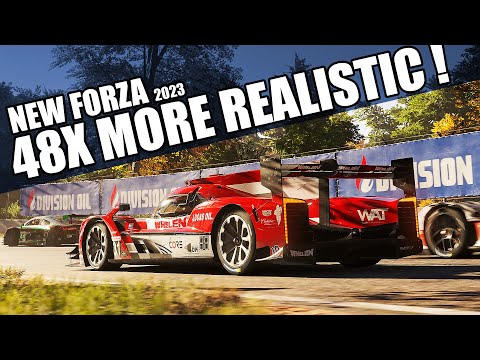