Why no famous concept cars?

I really dislike all the dumb fantasy cars that have been introduced into the game, and honestly it’s pretty weird that we still don’t get some famous concept cars alongside them.

No GT90 or Nardo W12? I’m not asking for obscure supercar startup concepts that don’t go anywhere, actual iconic concept cars that existed at some point in time.

If we have stuff like Hoonigan, Extreme E, and Hot Wheels, I think we can have a Mazda MX-03.

It’s all due to licensing. If they can get the license for it, they can put it in the game, but until that time it will never happen

I think it has less to do with the licensing than the mere fact that many concept cars are either non-functional, sold to private collectors, or are destroyed/used as mules, meaning they can’t be scanned. The Ford GT90 is probably the most infamous example of this since it is actually documented on YouTube that the GT90 is currently in the hands of a private collector, who is currently unknown, doesn’t take the car out to shows, and, based on the video, doesn’t perform routine maintenance. 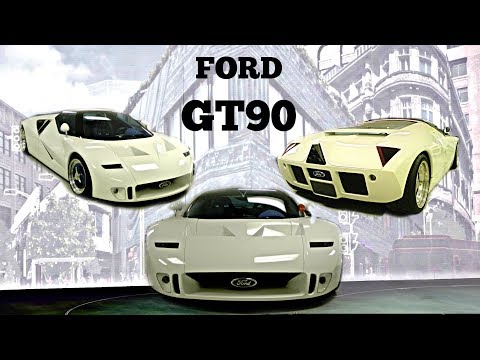 It would be both licensing and access to the cars for scanning. Need to have both to use the cars now. In the early days of Forza, the licensing would have been enough as players would have been content with a non-scanned car model.

I doubt liscensing is an issue; Ford, for example has extremely close ties with Forza. Same with Mazda, Volkswagen, and pretty much every other famous concept car under a big manufacturer. The only reason after that not being in the game is the brand specifically not wanting the car to be in the game, which might happen, but otherwise seems unlikely.

“We need the car to scan it” isn’t a proper excuse. Playground literally made a promotional mini-doc on how they made Baja Bone Shaker despite it literally not having any life-size model to scan.

Even if they couldn’t do that, Gran Turismo was able to scan 1:24 model cars and uptouch them in the software. If they can’t get a real GT90, I’m sure they can get their hands on one of the thousands of miniature toy models that are out there.

And on top of that, even if they can’t scan it, does it matter? The S15 Silvia wasn’t scanned and only a handful of hardcore Forza players will even notice, and that’s only because of the terrible proportions compared to the real thing which only happened due to the fact it was 2005 when the model was made.