How to get Hoonigan Impressionist accolade?

I thought I’d give the Accolades another try. I saw that I don’t have this accolade yet so I tried to get it. You’re supposed to do this:

I did this mission again but don’t see a Piñata anywhere. No results on Google or YouTube which is kind of weird, so I’ll try here. Where is that Piñata??

when you first start that last mission in the drift story arc, pinata are on the left side, beside store fronts, like 2 turns into the ‘event’. There is a cluster of 3-4 together.

This accolade was just added today with the update.
I found a pinata (several) in the first part of the mission when still in the Focus. Follow the track and its in the very tight corner… almost like a u-turn… hope this helps 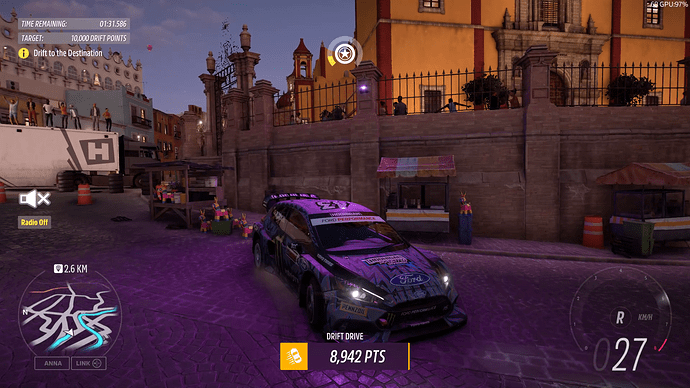 Thanks, I found it. The piñatas are barely visible, you basically have to run over the stand to get the accolade

Thanks for the tip

In the first part, when you come to where you go around a statue, hit the stand and when you suddenly see lots of confetti, then you know hit them. There is a whole bunch… If you miss, just go around the statue again.

After reading this topic last night I gave it a go about an hour ago. I pinned the accolade, started the event and went drifting. I made sure to hit a number of stands and so on along the way and sure enough the accolade popped. So that might be an easy trick, just make sure you crash enough stuff along the way and you will get there.

You have to put your lips together, and go…

That’s my best impression of a Hoonigan taught to me by Crazy Frog!