As long as they arent taking stuff away

What’s left to take away?

Roads. But where we’re going, we may not need them.

More cars that won’t be, but should be in the next sequel. New content, baby.

I noticed the Evija being part of the next seasonal playlist, painted mine gold in your honor

What now ? my leds are finally going to work ?

As long as they arent taking stuff away

Technically they are taking my garage space.

But yeah don’t look a gift horse in the mouth I guess.

Only the choosen may complete this.

Could you put image of Snoopy playing somerhing all over track? I think I haven’t seen enough of that recycled clip.

But yeah don’t look a gift horse in the mouth I guess.

And that’s why mashed potatoes won’t be your friend.

You get horribly placed candy canes

Bought a couple from the AH, upgraded/tuned them & made the design in an effort to make someone feel like they at least got an awesome gifted car. If they don’t like the design, they are currently able to list them for sale at just under C20M, so win win? Just hope the person who gets it actually claims it lol 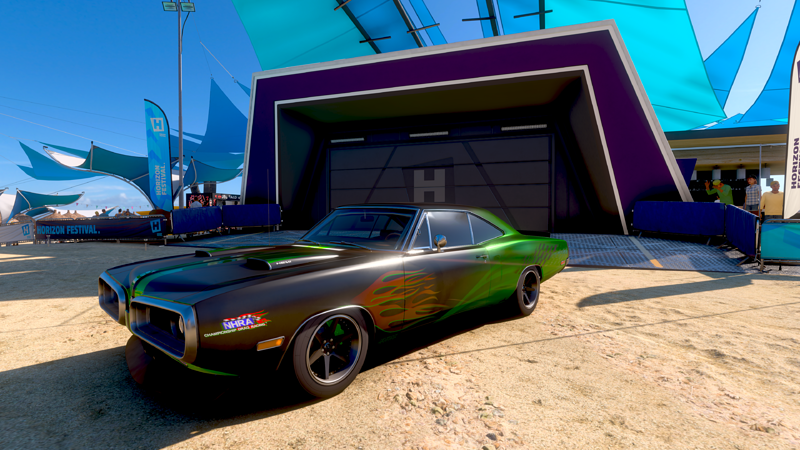 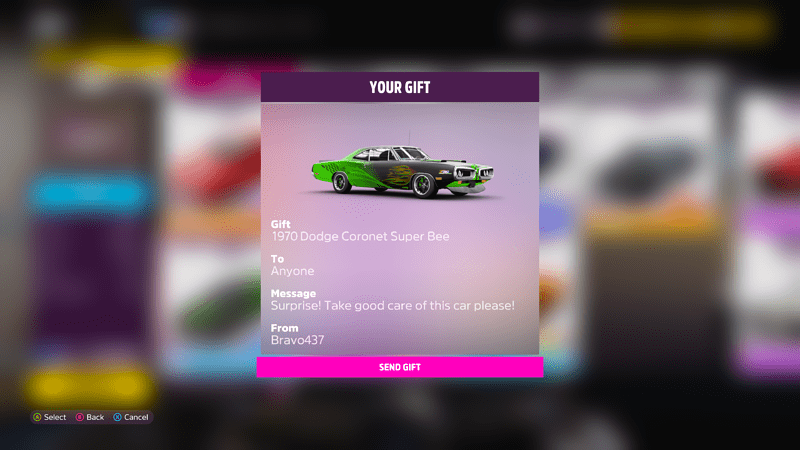 Generous attitude, congratulations! It made me think that the production company from time to time could send some exclusive car to the community, or I don’t know, if it’s not for everyone, maybe a limited amount, for example, 100,000 Superbee, Porsche, Lambo whatever and randomly distributed. After all, we are 20 million, right?

By the way, the Manx that left the factory went straight to the junkyard. I already have it and it’s a very cheap car.

Does this also count? 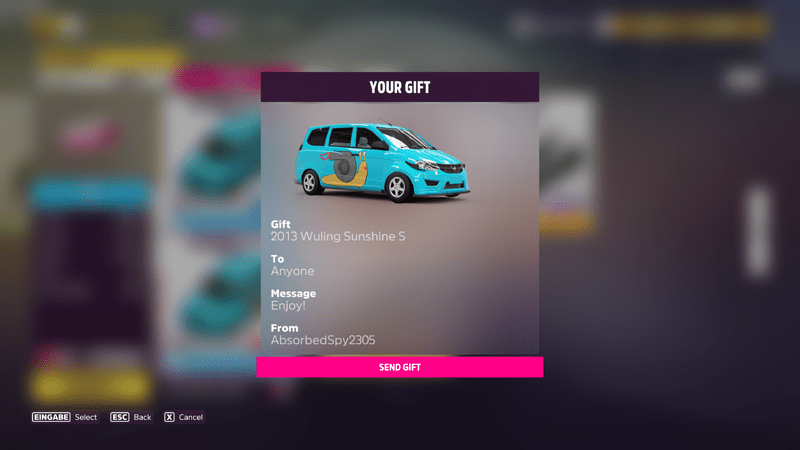 Maybe the next partnership is something that will be more appealing to the folks that arent as interested in this one.

A reminder that this is the next partnership: 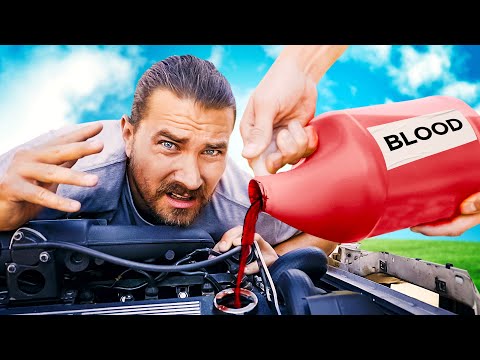 I know you have a job to do…but this ain’t it, chief.

This kind of marketing may be unconventional for Forza and while the partners may not be to everyones taste surely anything thats going to bring exposure of the game and franchise to millions of tween k pop fans is going to better for the game and the community in the long term.

And then there’s this here. This is an outlandishly fickle group PGG’s attempting to court. Those millions of tween k pop fans…well, maybe you bag a few hundred thousand in reality. Even less if we start talking about ones who stick with this game. Even allowing for the conceit that this is a remarkably low-cost, low-effort form of advertising outreach, is it really worth it if the number of people you snag isn’t enough to even move the needle? And what are you losing with gestures like this, particularly when large sections of the playerbase you do have are growing frustrated for a variety of reasons?

And pick one of the top “in game painters” who can really put a super cool paint scheme together. Not some scrod paint job that any noob whose just started playing the game can replicate.

Here’s a good gift car they could give us. And I’m sure one of our fine painters could come up with a kickin’ livery that would just blow minds all across Mexico. 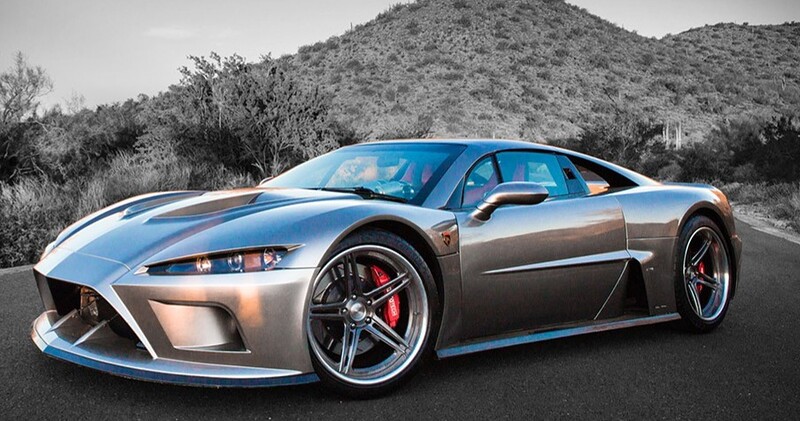 When I think of cool gift car/paints I actually want: 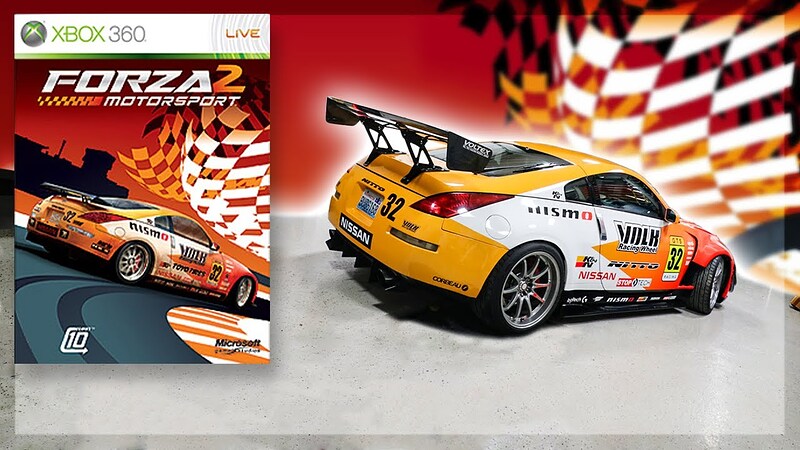 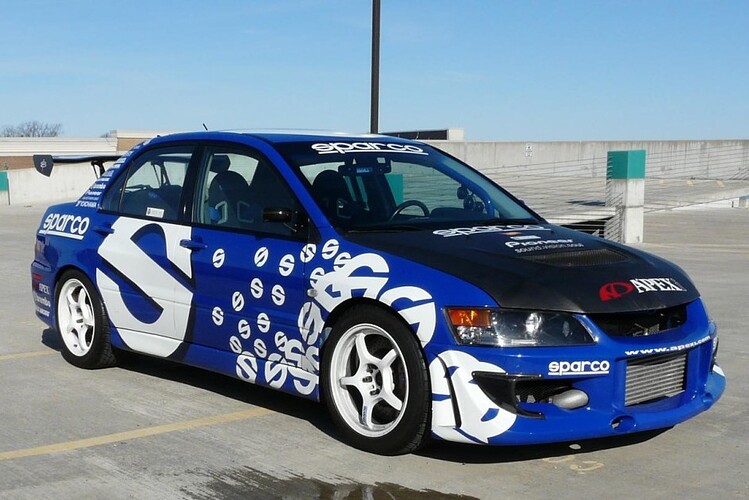 Is that company even still in business? And by that, I mean, is the license actually attainable?

That actually has me feeling sick. The heck are they thinking?