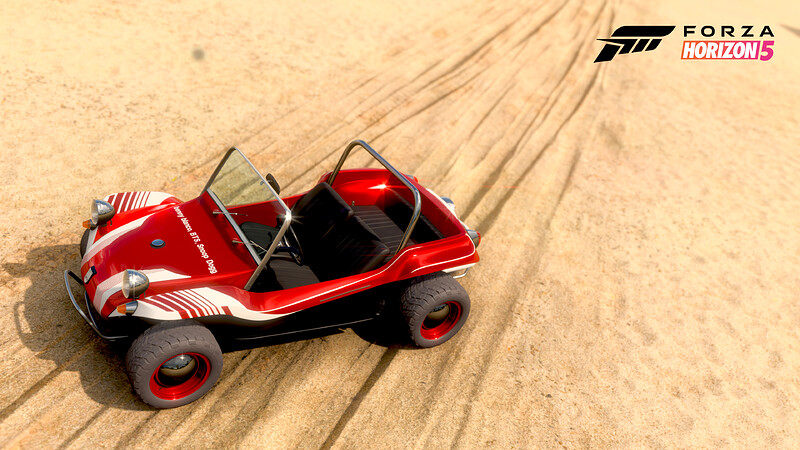 All players will find a Gifts message in their in-game Message Center to download a 1971 Meyers Manx. This car has a custom livery celebrating the release of the new single “Bad Decisions” by @ItsBennyBlanco , @bts_bighit and @SnoopDogg

Note you must have free space in your garage to download the car. When navigating the garage menu this car’s preview image will appear to be stock livery until you get in the car and save a change (uprade or tuning adjustment). This is a one time gift - if you remove the car or the livery from the car it won’t be retrievable. 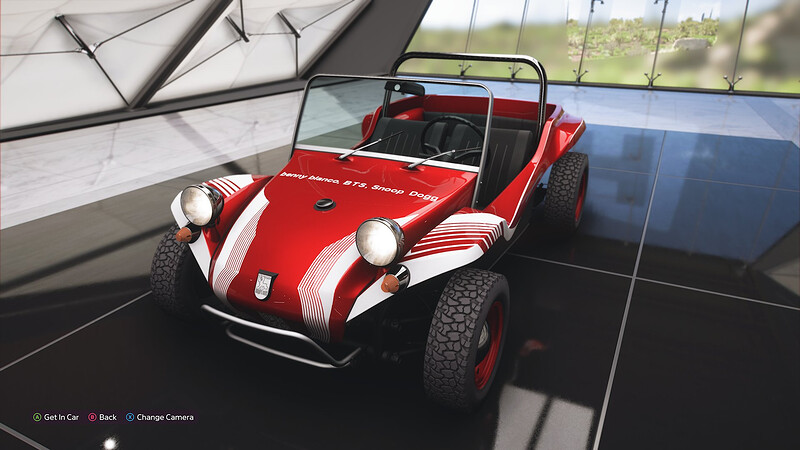 Can we cool it with the product tie ins and get back to focusing on the core gameplay? Please?

As I haven’t the faintest clue what any of this is about – apart from being something to do with some (presumably) popular beat combo – I can only conclude that I’m now old enough to be a high court judge.

Oh nice, again the same car again we all already have but with a different livery… good job pps, good job… sigh.

Again with the lowest common denominator “prizes”…Are any of BTS even old enough to drive?

What a terrible,low rent paint job that is too.Didn’t they budget for artwork ? lol

Love that they include a ‘work-around’ to get a correct preview in the game.

…could we not just have ALL these gifts as Livery codes to use or not ? OR at the very least increase our garage size when adding all these extra cars that have to be kept after doing the song and dance to make the livery actually show up properly ? Please ?

…that must have taken heaps of creative talent !

So, how much of Bad Decisions would be censored if they were to put it in-game? Would it even be recognizable?

They must think we really love getting the same car with different liveries. Look how well received all those same models of extreme e were.

They must think we really love getting the same car with different liveries. Look how well received all those same models of extreme e were.

Don’t care about the tie-in, the livery is poor, and it’s on an unimpressive car.

Couldn’t we have at least been gifted a nicer car?

I rememember in older games that the gift liveries were actually nice. Or at least had a lot of effort put into them.

It looks like a candy cane. Is it Christmas time?

Hrm… It’s possible I only have a FE of the Manx so this might be useful.

I’ve got a few but yes it’s possible some might not have. At least it wasn’t an 5 figures Autoshow car

What’s with the sudden increase in promotional tie-ins lately? First Hot Wheels, then Extreme E, soon Donut Media, and now some crummy song with BTS. I thought 16 million people were playing Horizon 5. Playground Games said so. They can’t be that desperate for money, right? Right?

It would seem to make sense that a highly popular game would be inundated with promotional offers. At least three of the ones you mentioned are at least car-related.