Considering the size of Forza Horizon 5’s map, I figured that the limitations for custom route length would have been increased beyond the the ones of Forza Horizon 4, however that is not the case. Granted, 40 miles is easily enough for a majority of custom tracks, however given the occasion that somebody wants to make a Goliath-style race, they may be unable to complete it due to both the distance and checkpoint caps.

Also, when I use the words Goliath-style, I am also referring to routes longer than the 30-35 mile or so mark as well. An example of this is a track concept that I had thought of after finishing the Hot Wheels DLC 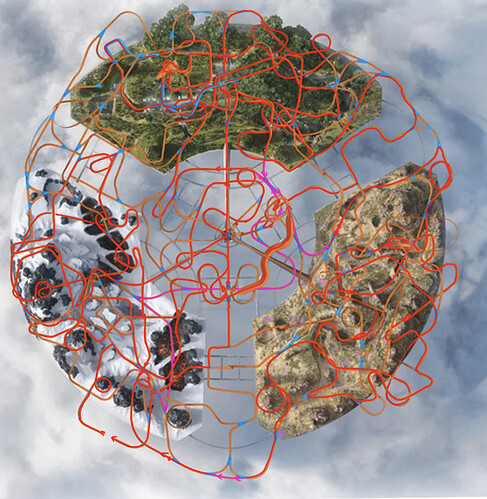 I’m not exactly sure as to how common it is to make these sort-of super Goliath tracks, but I figured that since I’ve heard the idea of expanding the track length limit and checkpoint limit from a few friends of mine as well, I decided to propose it here. I don’t know if this may present performance issues due to loading times, but somewhere in the ballpark of 70-90 miles with 700 checkpoints would probably permit the ability to design routes like these.