First off, I really hope the pictures work. I’ve showed a people this and they thought I should share. I build a fun cockpit for my son and I to play. Bought the Thrustmaster TMX with Pro pedals. I do plan on building a whole new setup soon. While playing, I quickly noticed that holding a button on the wheel and trying to turn was… well impossible! Started looking for a handbrake and found out they have none for my setup. ( As soon as the wheel’s warranty is expired, I will open it and wire a switch ) but for now, I had to improvise. While my son was playing, I turned on the xbox one controller and hit the handbrake button and it worked!!! So that got the little hamster in my head going fast! What I came up with works awesome. I built a handbrake ( with stuff I had in the garage ) and a controller. The handbrake handle itself is a wood leg from a table, drilled a hole through and put in a dowel ( pivoting point ), held the dowel with metal straps, installed a eye hook for the spring. Screwed that to our cockpit, mounted the controller under the part that the steering is mounted to and started measuring. I wanted another dowel to hit the button for the handbrake when pulled. Within about an hour, it was all done and working perfectly. Makes for much better control drifting. I guess the pictures are not showing… not sure what I’m doing wrong, I made sure they had a .jpg extension… 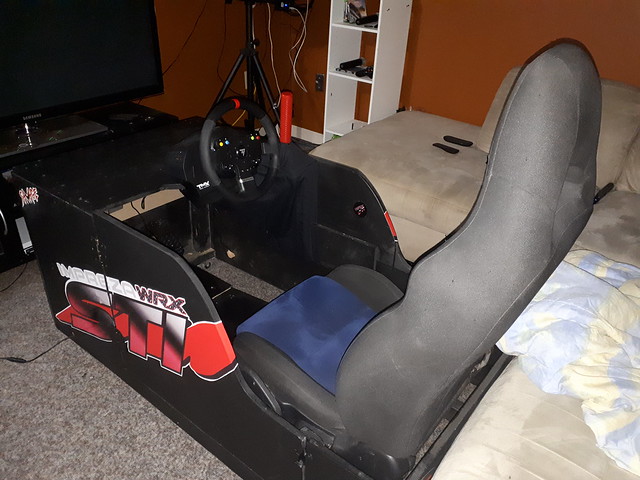 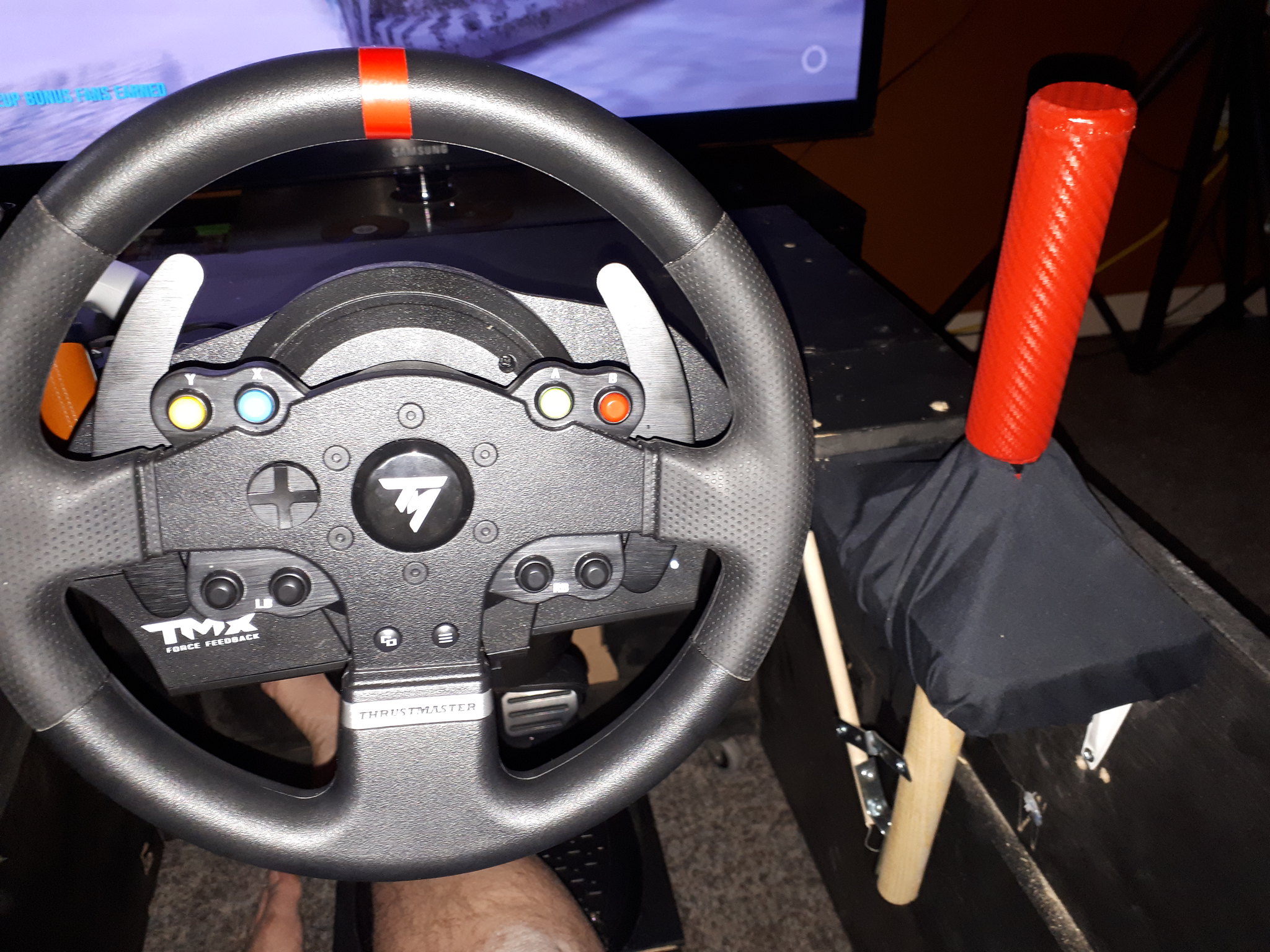 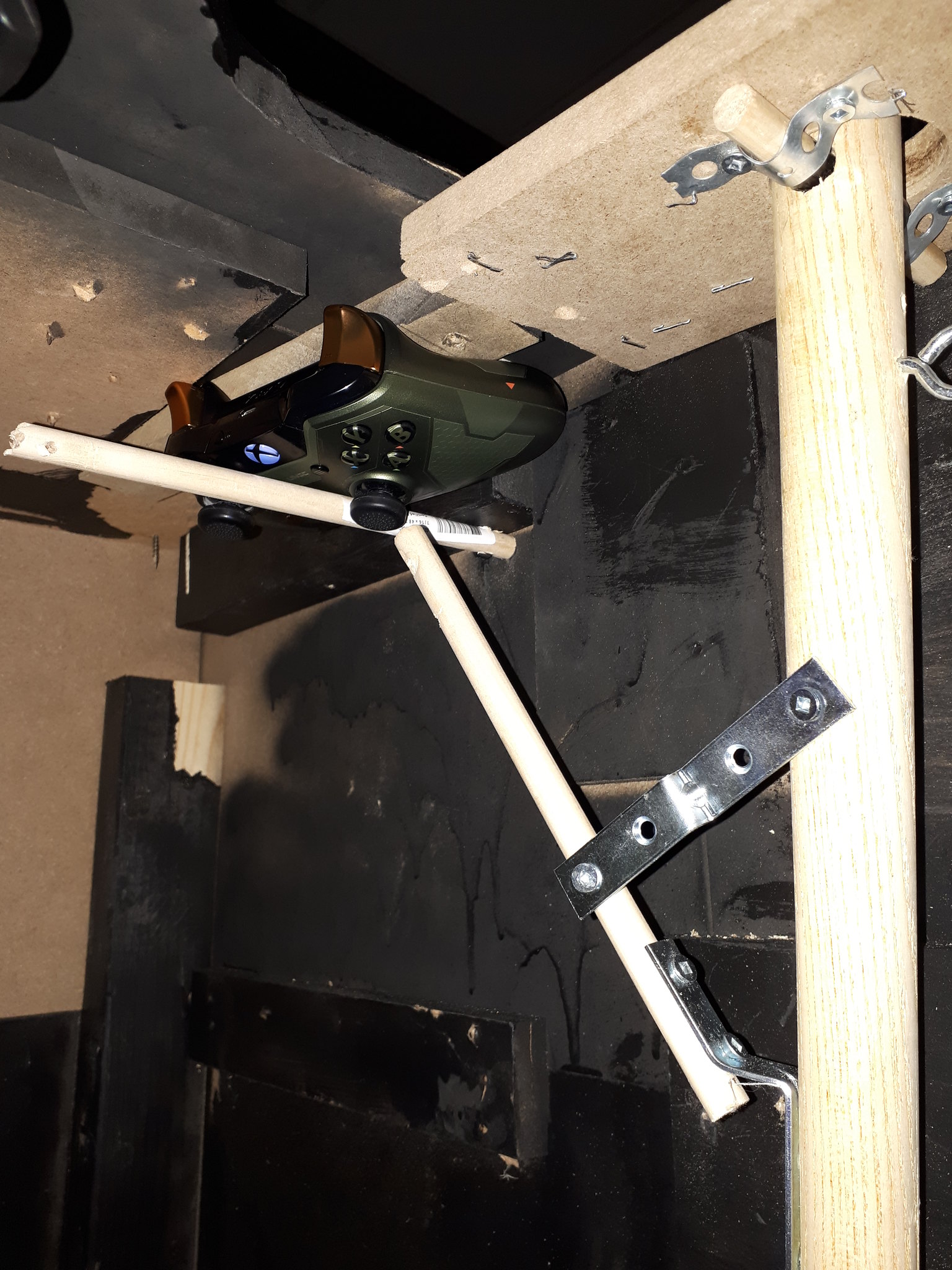 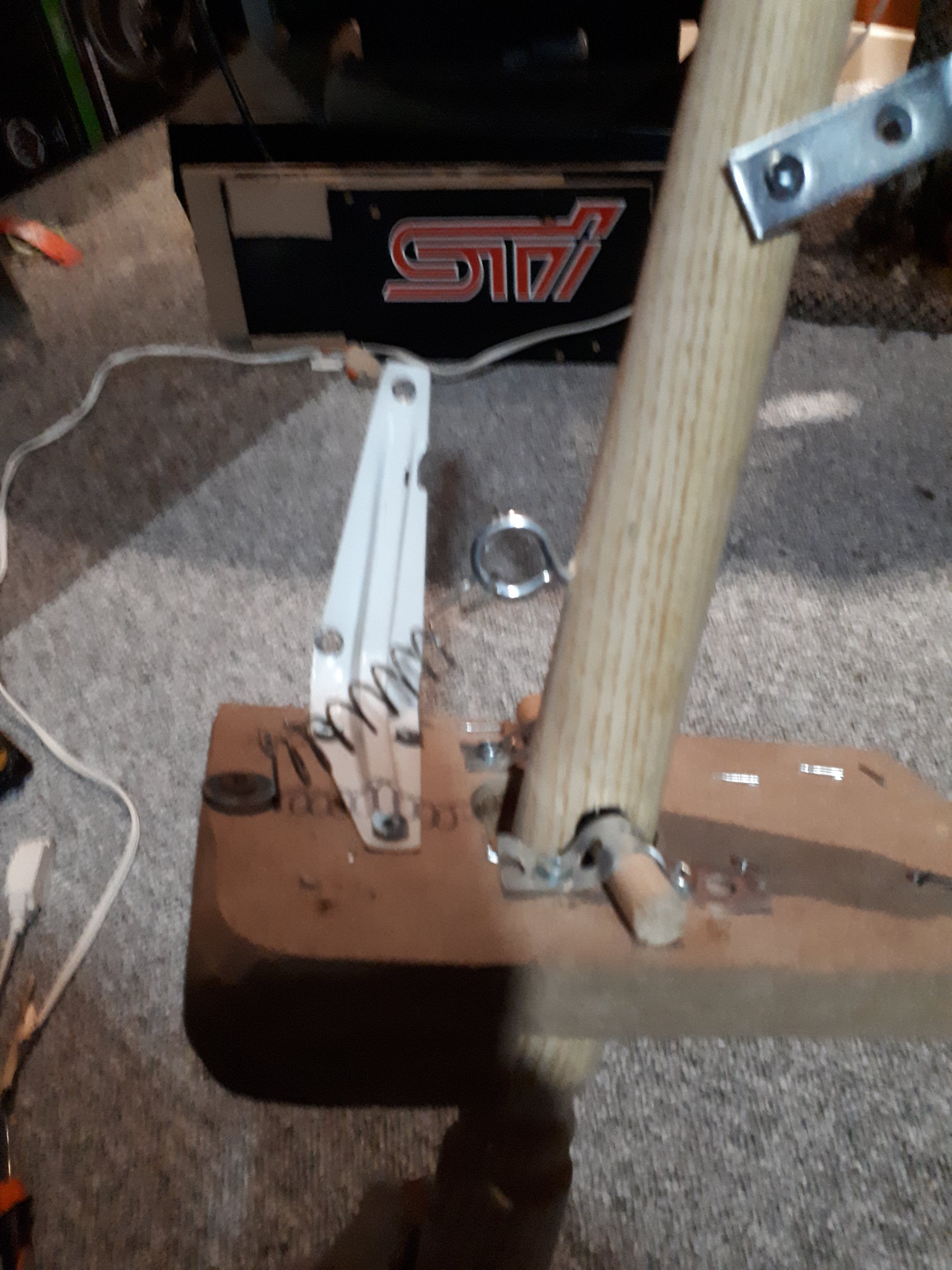 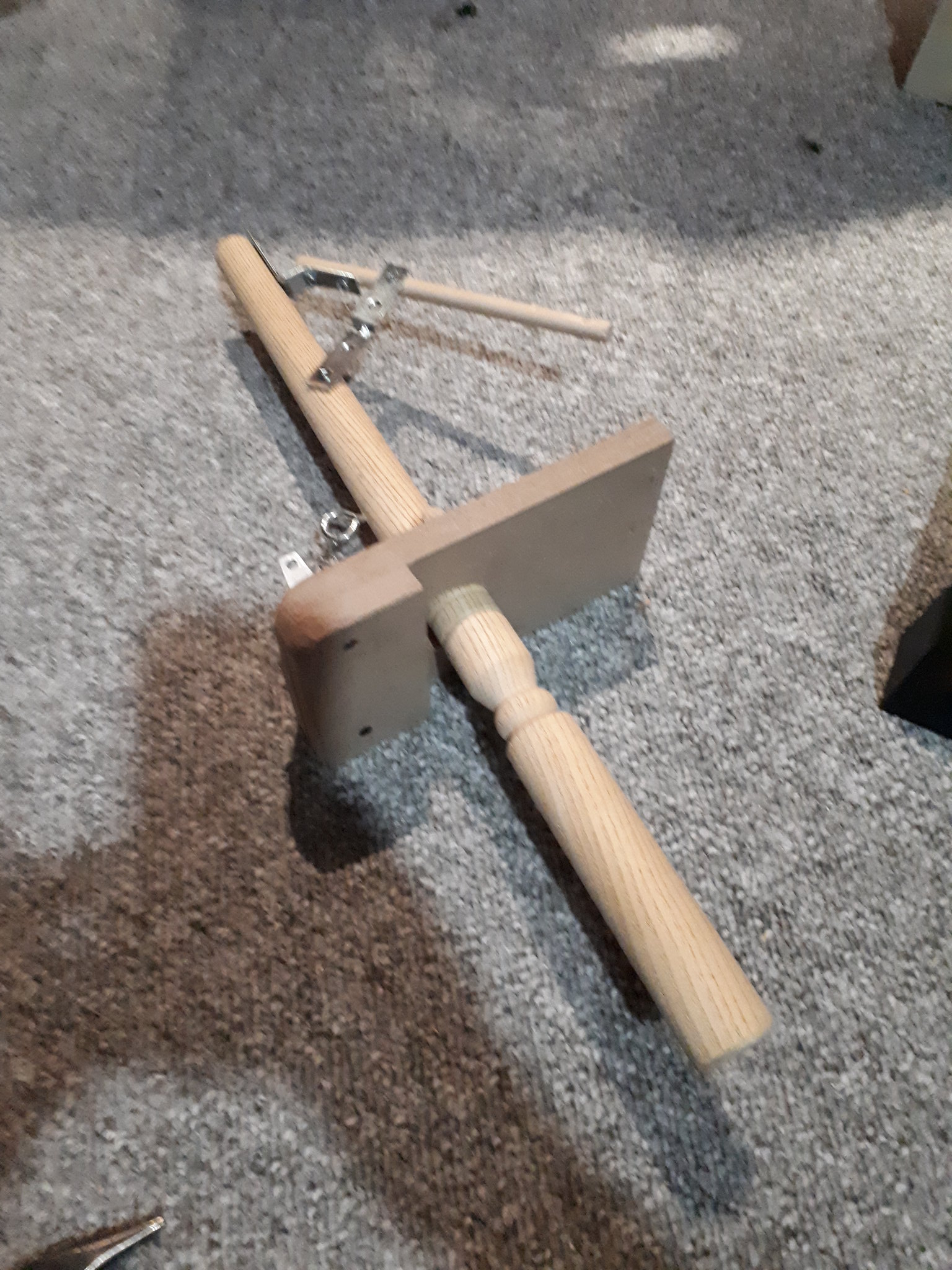 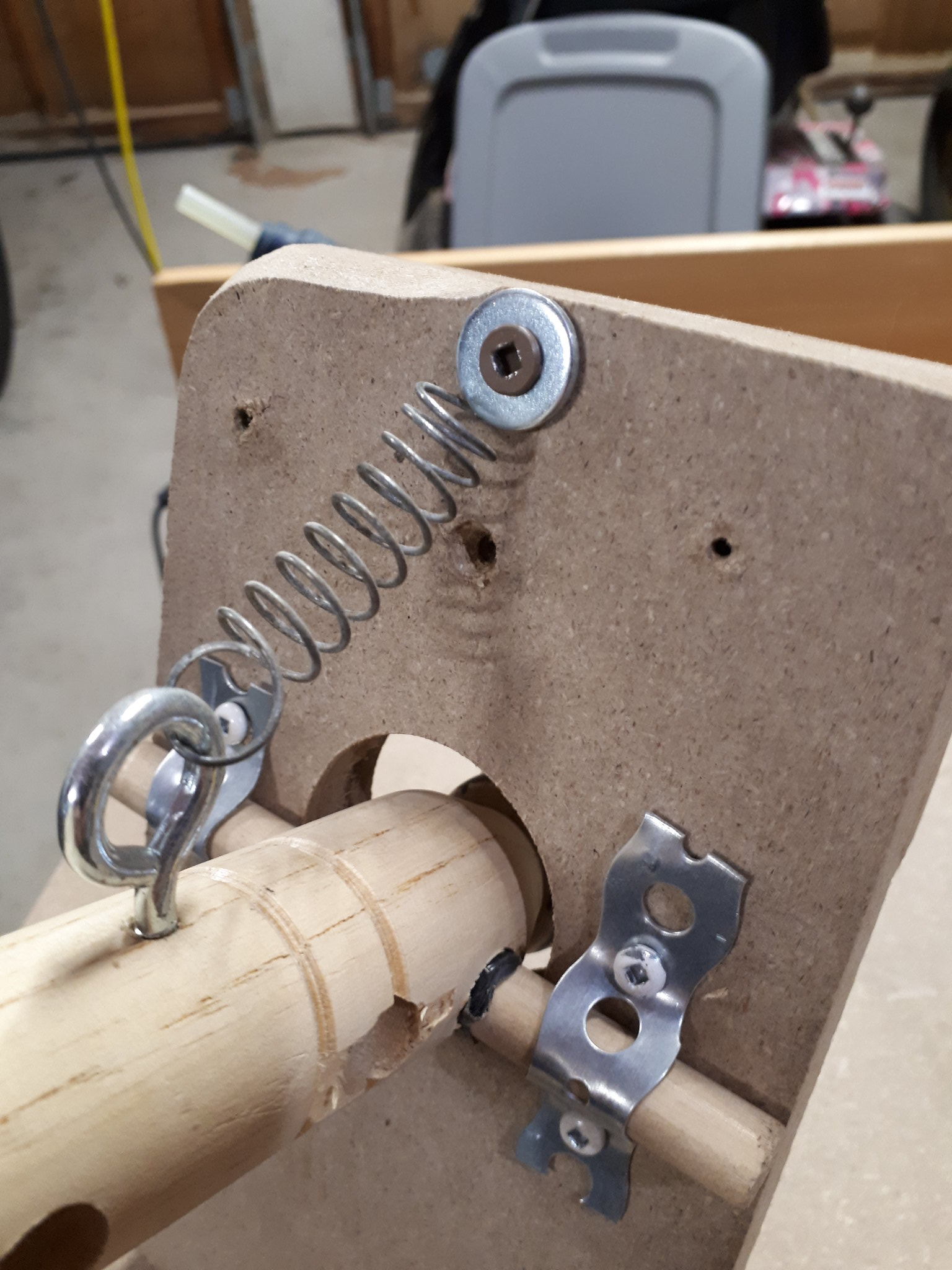 You almost had it, you need to use the desktop version of Flickr, on the image you want to share press the share button, when the small window pops up select BBCode and in there you will find the example simply copy this part to the forum and bobs your uncle

That is ingenious Blue. Please tell me you have plans for a Shifter too?

That is ingenious Blue. Please tell me you have plans for a Shifter too?

this is not mine, I was just embedding the photos for the OP so people could see his work.

This is mine, it has two magnetic sensors one is analogue one digital. So I can have it plugged into the CSP if the game supports analogue or I have a connection on my wheelbase that allows it to be mapped to the A button. I have thought about making my own shifter but I’ve never gotten around to it.

Since the setup changed a lot and someone asked for a shifter, I’ll try to post new photos lol. 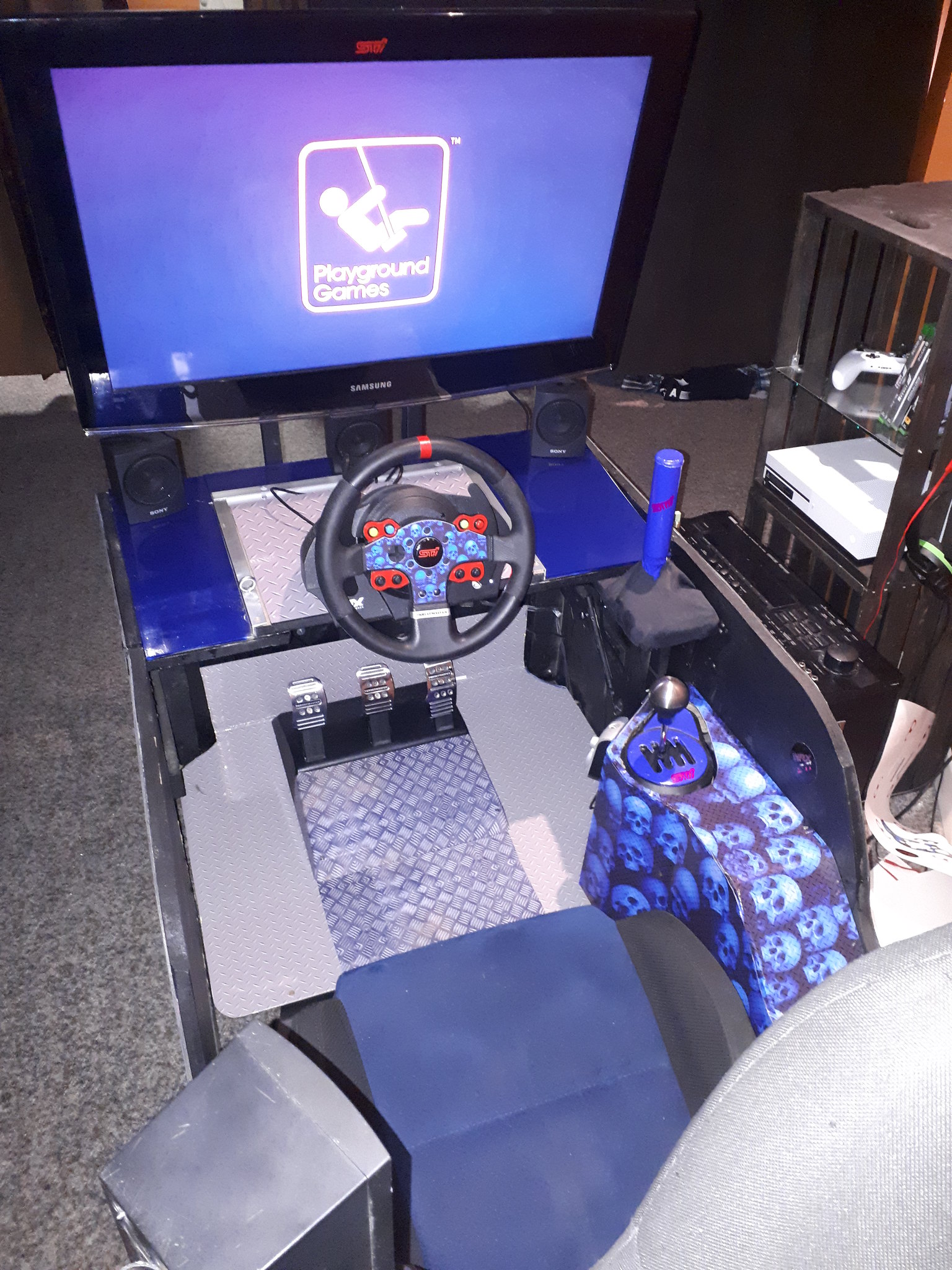 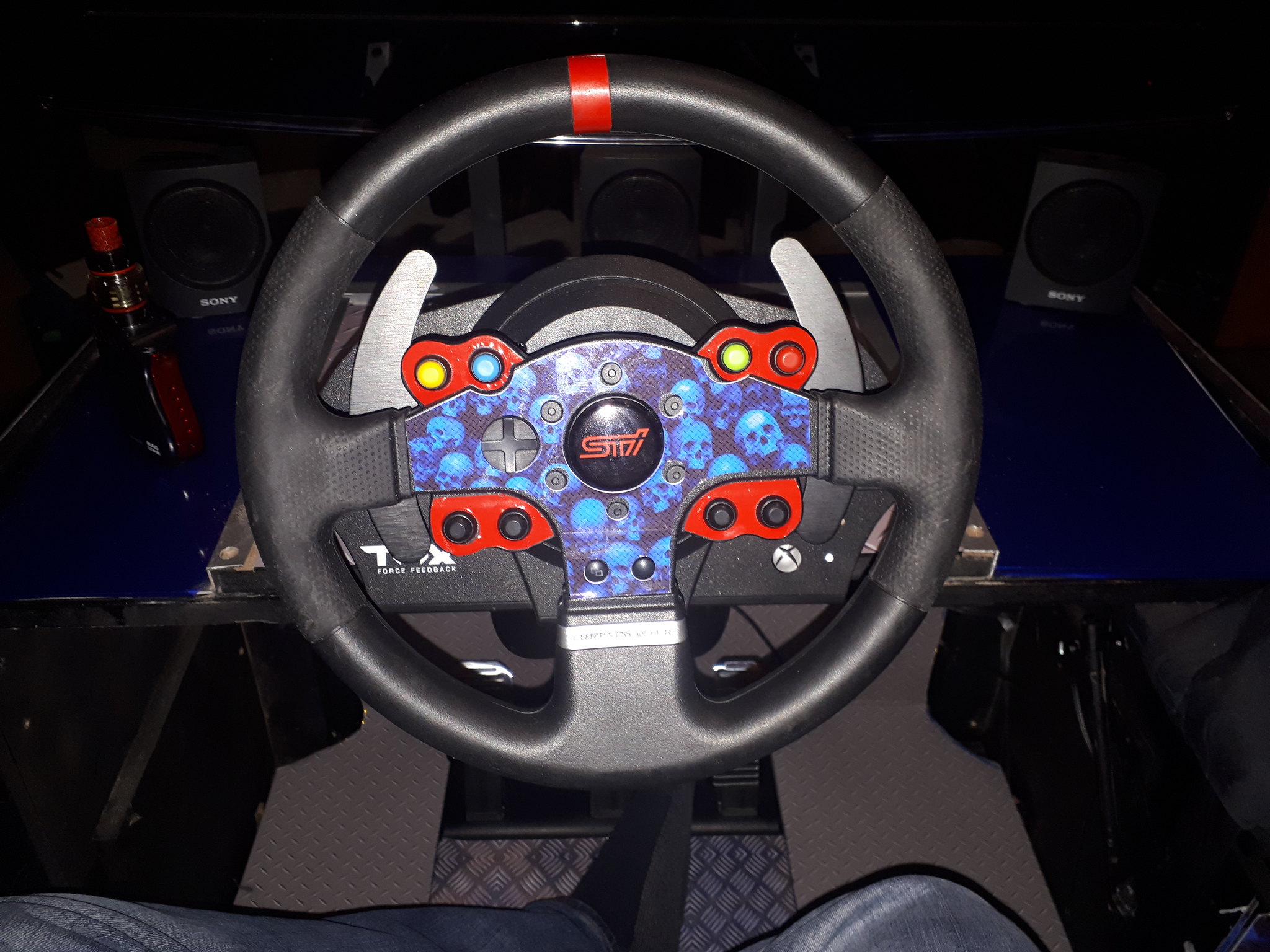 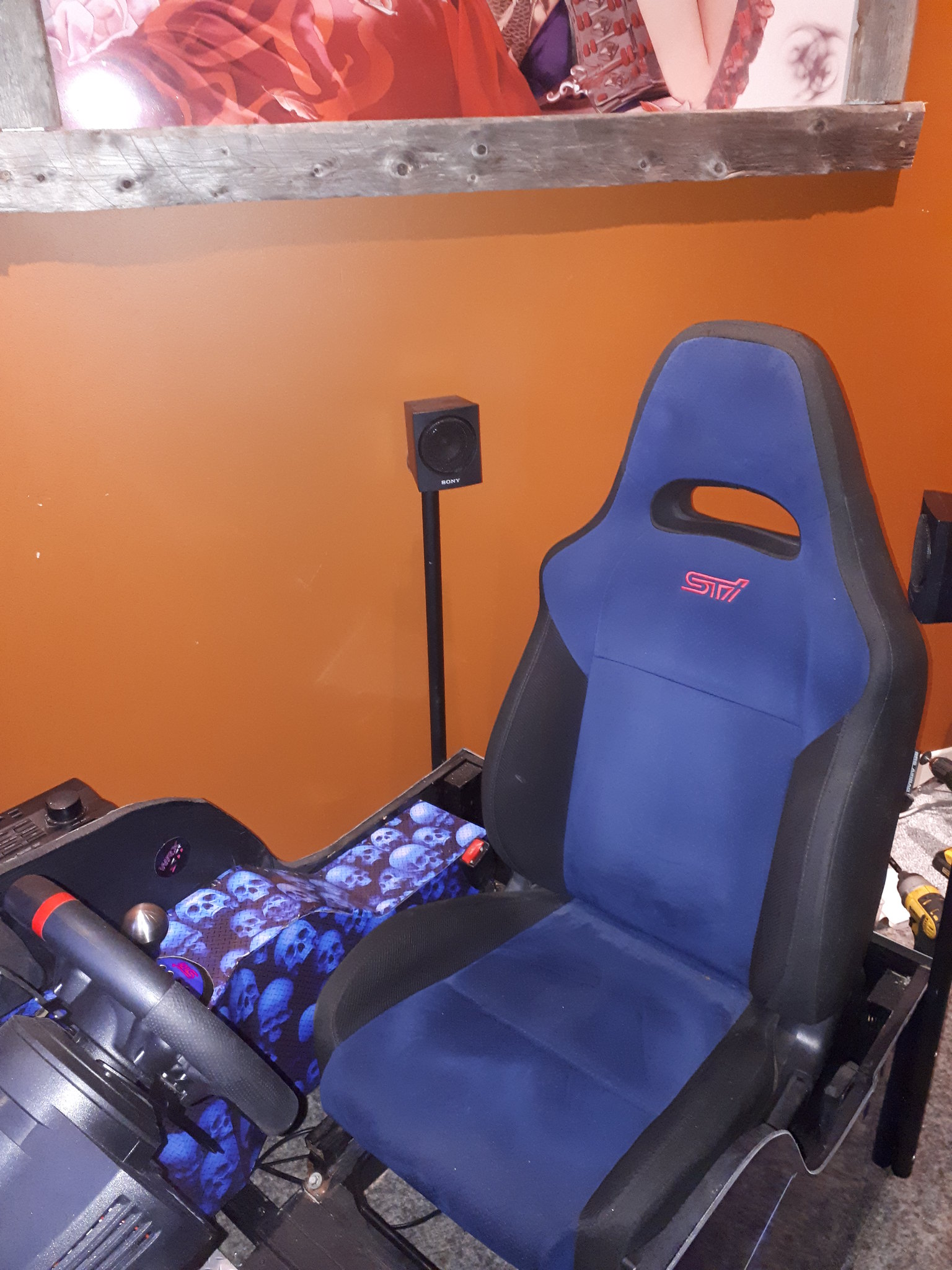 Hey sorry, just saw this post. No, controller is not in copilot. It never affected the wheel at all. I actually just installed a new wheel yesterday and it still works perfect. My controller is hard wired so it’s always on when the xbox is on. Also use that controller to plug in my headset. It worked in FH3 and still works on FH4. Even when we switch accounts to my son’s, everything works.

do you have any idea if the controller will not shut out the wheel on PC? I do not own a controller as of yet.

Nice handbrake, but you can use TMX’s shifter port by an arduino. There is a way to mimic tss.
Steve

How u manage to use controller at the same time as wheel? no matter in what order I connect wheel and controller I can use only one at the time. If wheel is working on controller I just can look around handbrake is not working…