Today, we are thrilled to announce the Xbox & Bethesda Games Showcase will stream on Sunday, June 13 at 10:00 a.m. PT. The show will be focused on games from Xbox Game Studios, Bethesda, and many game creators from our partners around the world.

You’ve told us how excited you are about welcoming Bethesda into the Xbox family, so we know you’re going to want a front-row seat to the Xbox & Bethesda Games showcase – a 90-minute show packed with everything you want to know about the epic gaming lineup coming out of this partnership, the incredible games coming to Xbox this holiday, upcoming releases on Xbox Game Pass, and more.

You’ll be able to watch the Xbox & Bethesda Games Showcase in a variety of ways. Be sure to visit any of the links below before the show starts:

Twitch
YouTube.com/Xbox
Twitter.com/Xbox
Redirecting...
We miss being able to see our fans and celebrate in person, so we will be hosting a digital Xbox FanFest this year. Sign up as an Xbox FanFest fan at Xbox FanFest | Xbox to learn more. 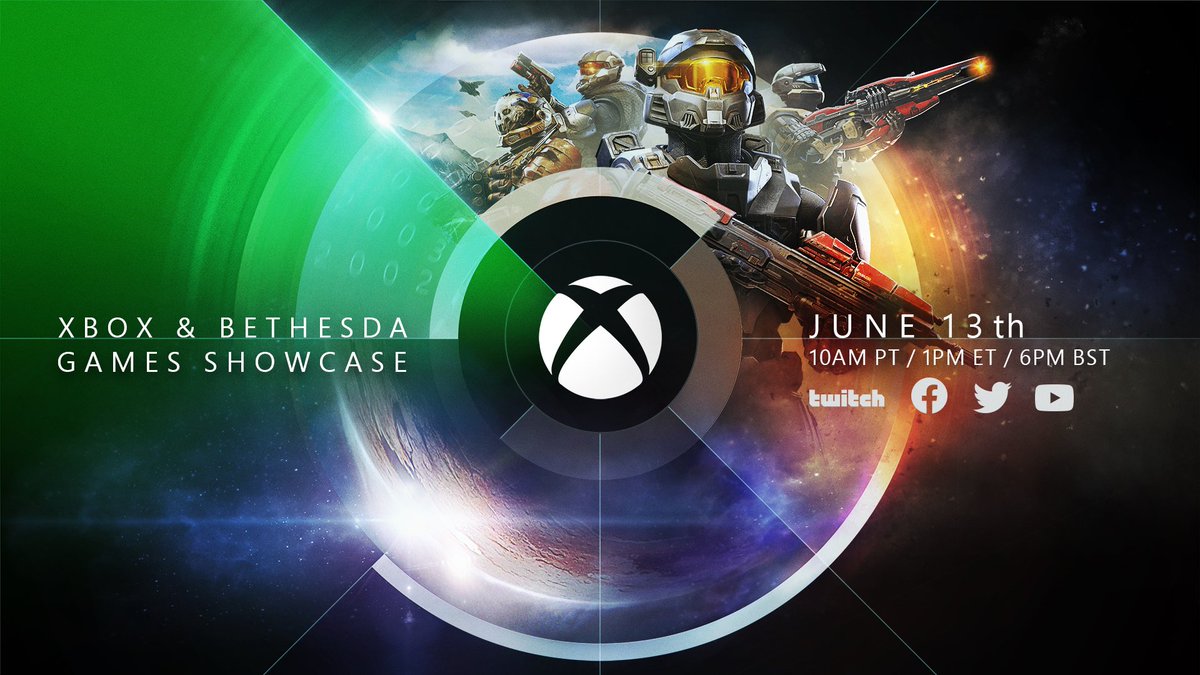 …
Today, at the Xbox & Bethesda Games Showcase, we gave our fans a closer look at the next era of gaming, revealing worlds previously thought impossible and delivering the power of games to everyone, everywhere. Over the course of the show, we pulled the curtain back on thirty titles, 27 of which will be included with Xbox Game Pass.

Our growing family of 23 studios is devoted to advancing the medium we all love, so we were happy to share that now through the end of the year, you can look forward to back-to-back monthly releases coming to Xbox Game Pass on day one, led by a record five new titles from Xbox Game Studios this holiday, including Halo Infinite. As recently discussed by Head of Xbox Game Studios Matt Booty, this is just part of our commitment to building the best, highest-quality, and most diverse video game line-up in the world.