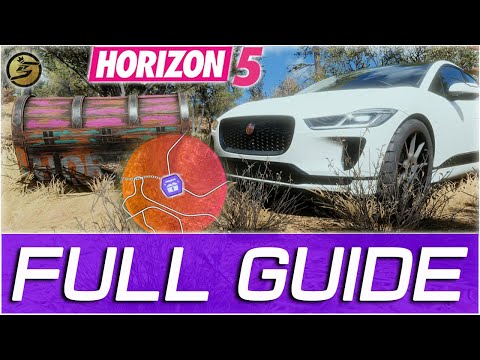 Win the first race of the Seasonal Extreme E Copper Prix II and the treasure chest will pop.

Win the first race of the Seasonal Extreme E Copper Prix II and the treasure chest will pop.

I was planning on doing it in a off-road tuned i8 but then there was the seasonal championship and I decided to kill two birds with one stone.

Normally I would have done the same and usually do look for multitasking but after the Treasure Hunt Failtacular for me last week I swore off trying anything in this game that might push the limits of it’s ability to function. So of course this time there isn’t even a choice. Fingers crossed that now that I’ve won the race and got the Treasure Hunt clue everything else continues to work.

The sad part is that the FH5 weekly chore list is such a grind, you literally find yourself having to “multitask” to get through as quickly & painlessly as possible. So true…

HURRAH ! For what it’s worth and whoever cares (not even sure I do lol) the treasure hunt combo wombo prix championship didn’t bugger up ! I even finally got the stupid Treasure Hunt accolade to complete for collecting 20 which should have completed a few ago except for bugs and broken promises. I don’t care if I ever see or do another Treasure Hunt again. I’m done with this part of the game. What an annoyance. Well done PGG…

Just so you all know, you can “switch to normal event” at the bottom of the screen if you don’t want to do the seasonal.

Just so you all know, you can “switch to normal event” at the bottom of the screen if you don’t want to do the seasonal.

Normally I see that there but it wasn’t coming up for me this time. Only “option” was the championship. I used to do that as a prep run before jumping into the championships. At least it worked so I did get to kill two birds at once.

Once again the treasure chest does not appear after completing the cross country race. Anyone else having this issue?

Did the race, got the “Press X” message and when pressed, the circle didn’t show up on the map. Restarted game and event card shows up as the “not yet done” state. Tried doing the event again but still nothing shows up. At this rate it’s taking for-fracking-ever to get the 10 chest accolade.

If only the devs were as competent as squashing bugs as the forum mods are at going “OMG PROFANITY”.