What are you driving? What did you just discover?? What’s just nice?!

This car is supersonic butter.

It’s so forgiving and easy to drive at cartoonishly break-neck speeds in free roam and also gives excellent bonuses for levelling up and racing it too.

Hadn’t really played with it yet as I normally prefer the “lower” class vehicles, but I will definetly be driving this one more in future.

The only thing I don’t like about it is that ghastly window vinyl.

Otherwise, if you wanna do some more S2 driving and want a car that’s as kind as it is fast then this is a good one to throw some credits at upgrading.

There may have been a casualty during my research, though.

I drive the Boneshaker. It’s the hardest car to drive but most rewarding.

Since the Bone Shaker is already taken, I’m gonna go with the Nissan GTR '97. I just love everything about this car. It looks fantastic and is even more fantastic to drive. As far as I can tell there is no other car in A Class that has this perfect mixture of supreme handling, acceleration and top speed. It’s also one of the few non RWD Power Build cars in the game that actually come close to the Bone Shaker and even can beat it on a few tracks <3

Godzilla still has it.

I wish the "93 was a bit faster at the top end, but I really like that one as well.

Some more interesting occurances. So after hitting that deer in the video for the first time, I came upon an interesting looking house. 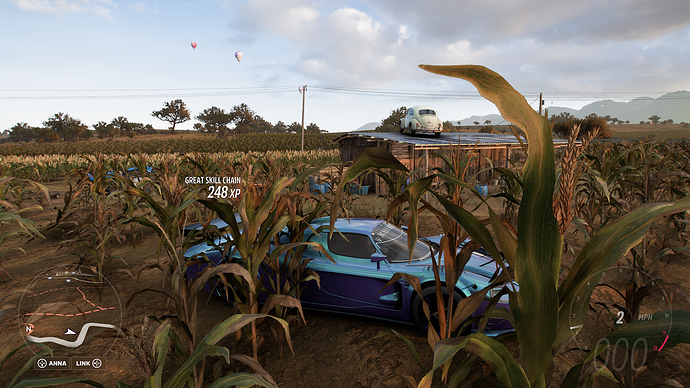 (I thought it was one at first!)

MC12 is a beast and one of my favorites, right there with the Pagani Zonda R. I spent countless hours in that one on my own marathon 6 lap race in FH4 to grind out XP & credits. Speaking of Maseratis: the Gran Turismo is also a favorite, along with the designs for both.
What I’ve discovered, is that the just when I think I’ve seen the abuse of the cheating culture at its best, there’s always someone to come along a top it, as can be observed by today’s “recommended designs” page for this week’s Vuhl (below)

SMH. This is really sad that there is not more oversight for this type of abuse. 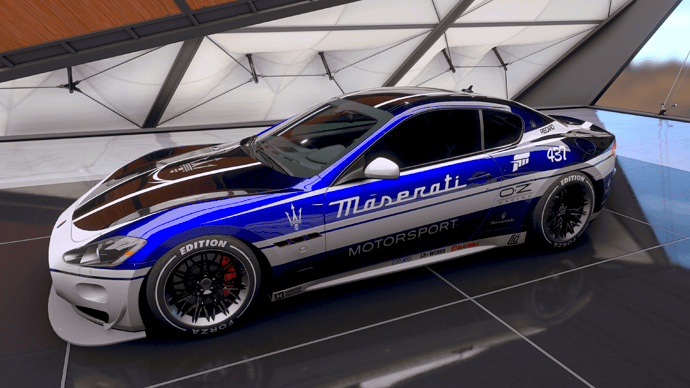 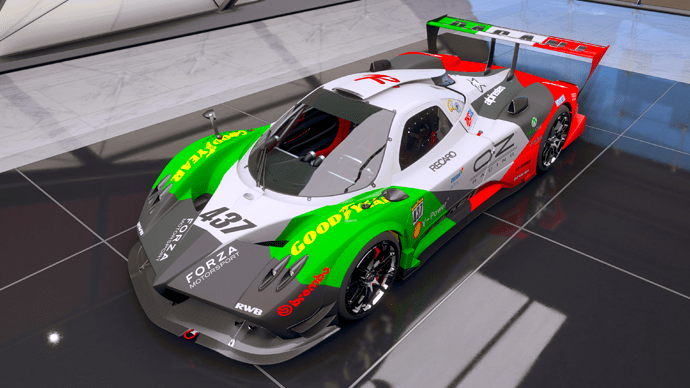 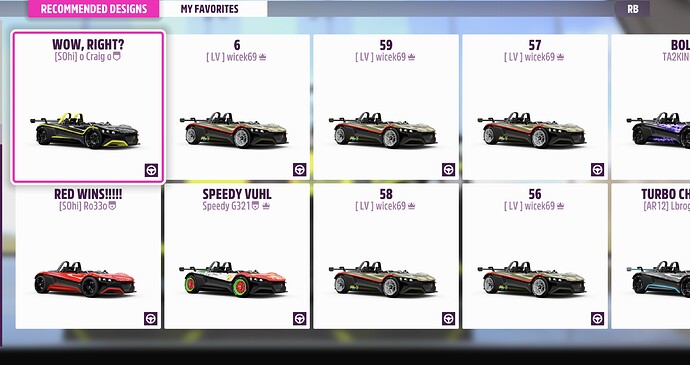 On a more serious note, I don’t really have favourite cars in FH5 like I did in FH4 because my favourite cars came from racing in ranked. So as a throw back to FH4…

The 1993 Toyota #1 T100 Baja Truck WP was my all time favorite car. It was a machine in CC, it could perform extremely well in snow and could even handle road with skill. 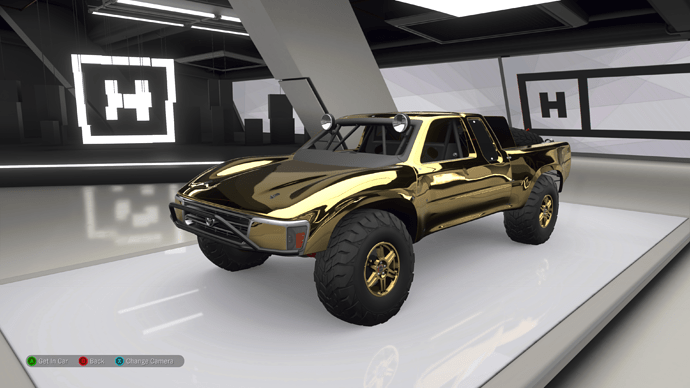 My favourite troll car was the 723 Quartz Regalia Type-D. This thing was an absolute beast. It had insane acceleration and great handling. No one could mess with you because you were 4x their size. Loved this car 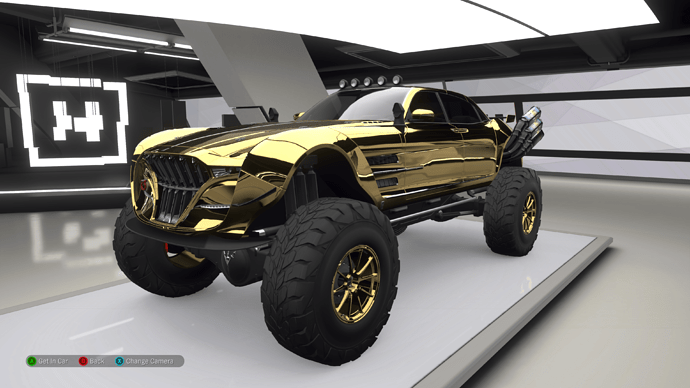 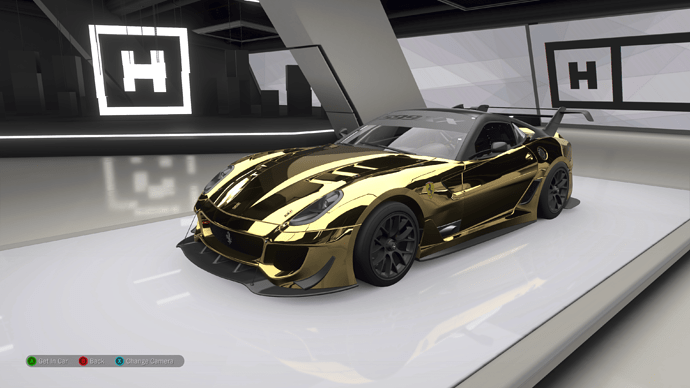 My preference for wet was the 2018 Apollo Intenza Emozione which wasn’t the fastest car but could handle those corners gracefully in the wet and dominate the opposition. 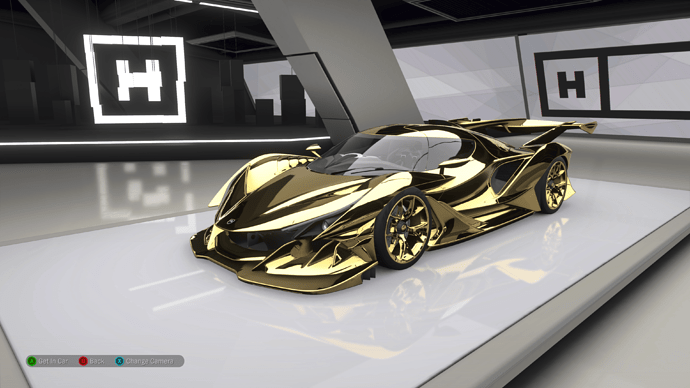 As for snow, can’t go wrong with the 1986 Hoonigan Ford RS200 Evolution. Wasn’t the easiest to handle but once you got the hang of it you were unstoppable. 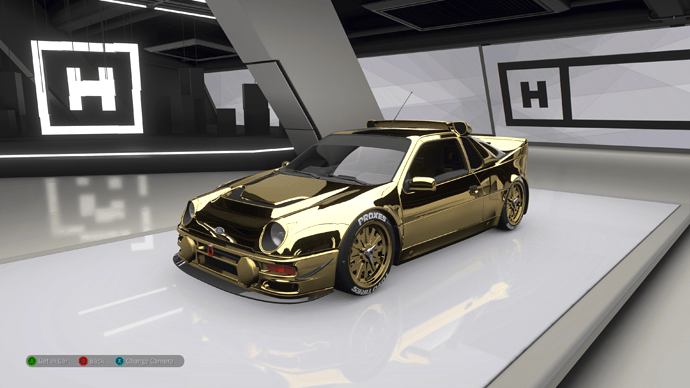 I had many many more but these were my favourites. If FH5 reintroduces some form of ranked or competitive racing them I’m sure I’ll compile another list of favorite cars. Until then…

Porsche 356. Beautiful, nimble and good performance. My most used and most successfull car.
Jaguar XJR-15. As a fan of 90’s supercars it has it all. Has some meta builds for S1 but I use it with a balanced one that keeps its character. Still very strong.
AMG GT 63 S. Currently have this car irl and it’s fun in the game as well. Swapped the engine for a better perfomance though.

BMW M1! It’s my go-to car in Dirt Rally 2.0 and in FH5
People saying that the Boneshaker is OP in A class should really try pitting it against this one

I tried the 356 recently in A class after you recommended it, Rayne. I had been looking for uses for it and it feels very nice with the WRX engine. Looks so good as well.

If I had a cool wall it’d be in the fridge.

I imagine there’s a lot more love now for the Bronco, Raptor and SD-450 after this week. Really cool to see people going for it and getting their first Open wins. 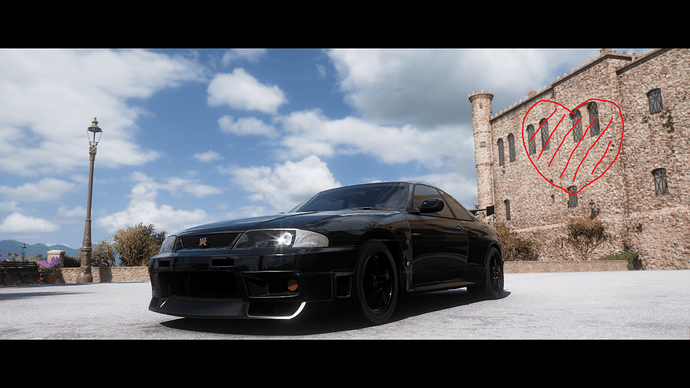 Deberti Tacoma is the first ever truck I made to work for me on dirt/cross country
I like the 95 drift supra for dirt.
Ford Sierra/RS500 is a car of sentimental interest, a great car for the classic liveries although they haven’t made it of much practical use in the game. Merc 190e falls into a similar bracket.
Renault 4 - the barn find one - I like as a drift car at low PI for the drift zones.
Forsberg Camry is a hoot in dirt/cross country races. Hard to tame that one.
Audi RS4 2001 & BMW 1997, great for classic liveries. I’ve only made the BMW work for me in the races though.
I’m looking now to making some of those interwar cars work for me.

Holden Torana is crazy in A class rivals with VNX Codcaos tune.

I just used it to beat my Boneshaker PB at Arch of Mulege racing another R33 ghost. I had just been remembering what happened to Big Bird and thought of this.

It will still be winning time trials and races when the next species gets it.

I think that’s all my “BS” times beaten now.

My daily driver is the BMW M3 GTR as an S2 I tuned myself. But a non-BMW car that I absolutely love to drive is the Lotus Exige S. It has a nice top end but what I love the most is the handling. It is predictable in the corners and tame when passing at high speed. For anyone who wants their ability to carve great turns and perform clean passes to win races, I would suggest they take the car for a spin.

Its brakes are sensitive and are little easier than I’d like to lock, but it’s otherwise an absolute honey and one of my favourite lower key cars in the game.

Definitely not just a drift car!

Ferrari F50 GT - S2 - Rexazr tune 111 564 718 - Absolutely perfect for that S2 Exteme Track Toys tour. Since FM2 it’s a deceptively easy car to drive. Maybe not the fastest in the class, but definitely one of the more accessible in terms of how easy it is to drive aggressively.

Getting much better in RWD S2’S. The Mosler is almost too mind-blowingly easy but its speed is so addictive. The faster you go the kinder it gets.

I hope the new 962 will be able to push it, because 1 or 2 more cars like that and S2 could be massively good. I am genuinely amazed by how clean and close the racing has been to how I’d have imagined it. Expected it to be pinball. 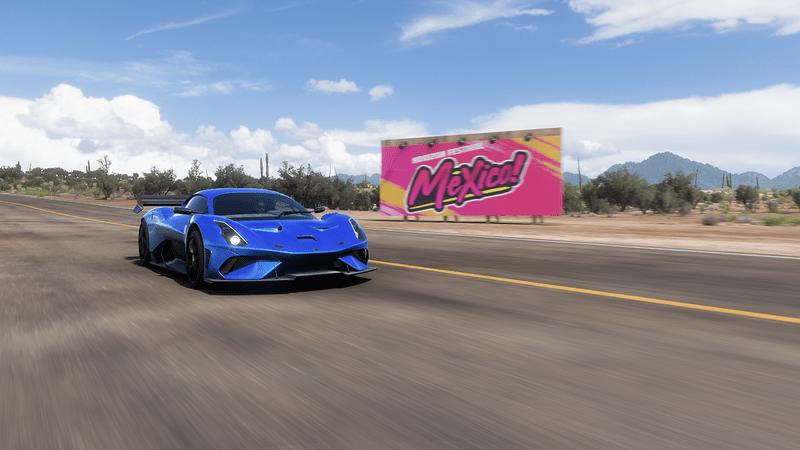 Don’t make the same mistake as I did and spend too much time with the Brabham. Because after a while every other car starts to feel like a sloppy, slidy and understeary sh*tbox :>
I lately found a tune that’s so stable, even my grandma could drive it. This one is definitely out of this world <3