Is this game for car enthusiasts?

Is this game for car enthusiasts? If so then why doesn’t it educate us about cars?

I know the interwebs is a click away but still… Which made me think, what if they…

Updated our car garage to include information about each car such as interesting facts, clips etc.

Updated the weekly playlist with short clips of the prize cars or theme.

Added car museums around the map where we can explore cars is more detail.

Would this be something of interest to you or not really? Just strikes me that a game with hundreds of cars which is all about cars does nothing to educate us about said cars.

At this point, I would highly prefer that another studio, entirely, create something like that… Like I was saying in my other thread, a drving version of MS Flight Sim would be grealy appreciated by a whole lot of people. I have no idea why there has yet to be a game created like that.

Although that would be cool it’s highly unlikely to happen any time soon.

I’d be happy if they at least just gave us info on what the stock engine in each car is.

…ish, I’d say. They still add rare classics and others cars that casuals have probably never heard of, which, honestly, is one of Horizon’s few remaining strengths over the competition that has inarguably gotten stronger with every release (randomly cut cars due to “budget” aside). However, since Horizon 4, Playground have definitely gone to great lengths to be hip at the expense of enhancing the racing and driving experience.

Instead of properly animating shifters and giving us 900 degree steering, Playground though it was more worth it to create a rarity system that is as unclear as it is useless, emotes that are pretty much null now due to quicker load times on new consoles and the podiums only being shown after leveling up or winning a prize, a “smart” quick chat system that isn’t all that smart, a Battle Royale mode that, while admittedly great for what it is, has not evolved since launch, a flawed gifting system, and… I could go on.

So, in other words, Horizon is still for car enthusiasts, it just doesn’t revel in it as it used to. I’m pretty sure almost every historical and pop culture reference in all of the Horizon Stories were all found at the top of their respective Wikipedia articles, and Mike Brown strikes me as the type of person to drive an automatic to work.

The game has such potential. It lacks the direction of true car enthusiasts at key points in the development stages of the game.

Well I’d say it’s not aimed at car enthusiasts. It’s aimed at as many people as possible. The torque curves and power numbers might appeal to the enthusiast but they also appeal to the geeky end of the video game crowd. Popular FPS games have the equivalent stats but aren’t aimed at hardcore military wannabes, they have there own games (played by a relatively tiny number) and I guess there are car games that cater to that audience too.

Honestly, I think I’ve only ever played one game that was THAT focused on the garage mechanic/“car guy”. Motor City Online. As you built up your car/upgraded it, you had a catalog to browse through (if anyone has played RDR2, kinda like that). It had IRL parts suppliers (Edelbrock, Holley, Comp Cams, etc.). Thousands of parts not just for the engine, but for suspension, drivetrain, rims and tires. They had a Dyno type page that wasn’t broken like the one in FH. It got cancelled when EA decided it was “too hardcore” for the average squeeker that didn’t understand how to work on cars. I saw it as a learning tool.

think it tried to be then maybe changed direction ?? im just looking at content since launch… maybe they want this side more for ‘families’ or whatever & motorsport for people who are interested more in cars… idk… ive never played FM… Turismo (historically) is probably the only one detailed enough to be for enthusiast that ive played… this game could be if it tried, i mean ive ony saw 2 or 3 cars cockpit view where you can see gear shifts from the character…
the interesting facts would be copying another game but yes, the choice of good, rare or popular cars from all ages & the detailed Forzathon view where you can look at engines of most vehicle’s, sit in different seats etc… is actually very good and gives that impression of enthusiast… but it is minimal and the grind nature in games make people skip that stuff a lot… imo
im glad they finally sorted the in-car darkness too !!
Seems to be lots of effort gone into that side of detail which is nice for any car game as an option to look at…

I feel we get too many cars too fast to appreciate any of them anyway.
I try to keep a tidy garage, tune what i get ready for races, favourite it, leave new cars as new until i have time to look at it…
this way, most times any recommend cars before races are then usually very good, unlike my experience at the beginning of the game when most cars seemed poor

the livery/tune file systems need to be exactly the same both ways imo, not the mess they both are now IF you need to sort some of them out.

yes, the weekly stuff needs improving, it became stale very quick after the 1st few weeks grinding some great cars… grind is the word too, altho it is fairly brief most weeks… the past 2 weeks & possibly rest of this month has bored me quickly & made me question things

POI around the map would be decent… maybe improve the horizon places (wilds, apex etc…) to include some of YOUR garaged vehicles with that detailed info you want… too many cars tho so they would be spilt up over all the outposts… and prob would not all fit.

Sometimes, some of us like to chill in games and find time to do casual things… its enjoyable… i find most games now just want to rush into the next thing which can feel like mithering/pestering/harassment.
Most modern players get bored quicker tho, i think thats why most games now cater for the quick fire crew

Ahhhh…something like the original Need For Speed on the PS1. Would be pretty sweet if you ask me. Tired of smashing pinatas and TTV12/AWD swaps. I want something more pure

Give me a detailed racing game with a smaller, more focused lineup similar to Car and Drivers lightning lap or Motor Trends best drivers car and id be all in.

Early Need for Speed games had that feature. It was called Showcase and I always thought it was a lot of fun. It would be cool if they added something like that but I doubt they will because mOnEy.

Having said that I think if you want a Forza game aimed more at enthusiasts, then play Forza Motorsport. I play FM7 occasionally and every time I do I’m always baffled by all the cars they left out of Forza Horizon. Bodykits too! Did you know that there are wide bodykits for the Acura NSX ‘17, BMW 850CSI, BMW M3 E30, Mazda Miata and many more? 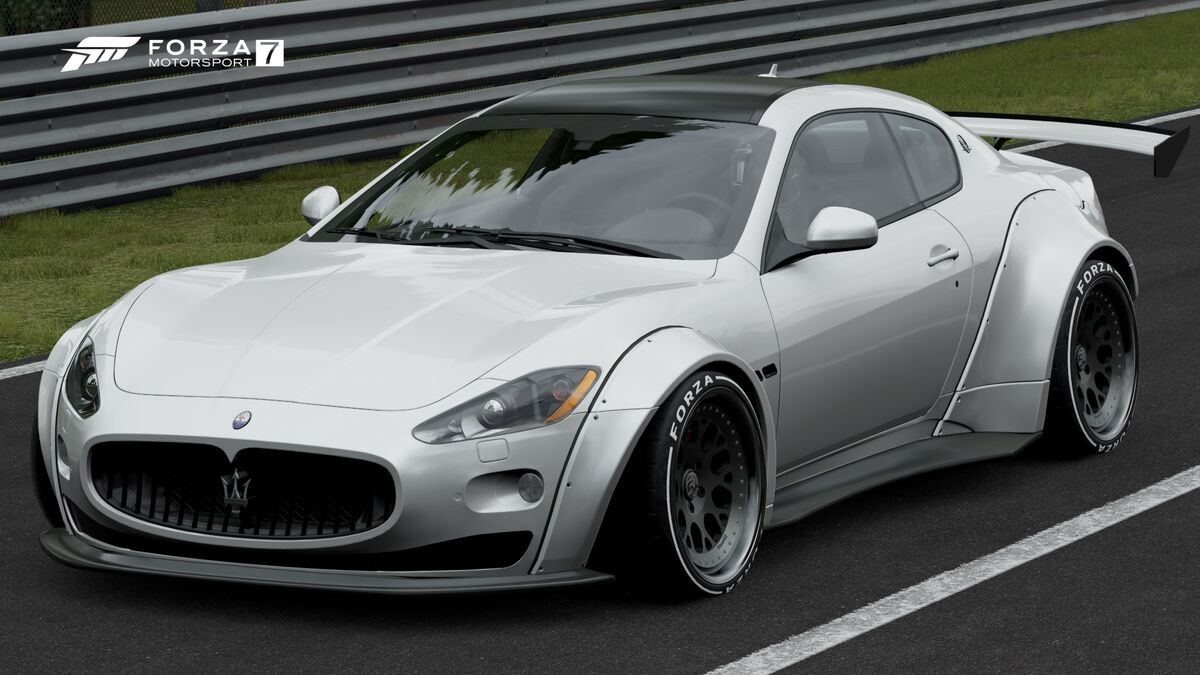 In Forza Horizon 3, if you had no inputs for a while on some cars while I’m forzavista mode, the camera would change to an automated camera (which it still does) and your garage/tuner guy would start spouting interesting facts about the manufacturer or the specific car.

I miss that feature. There were some really interesting tidbits in there, like learning about the origin of Lamborghini.

Instead we get hot wheels facts forced on us, mostly in the form of long lists of names that I’m never going to remember while I’m only half paying attention because I’m in the middle of driving.

PGG, you lost the plot. You’ve got no concept of what makes your own game good anymore.

I think it’s more geared towards the casual car collector. If it were geared more towards the enthusiast, there would be a lot more unique models, including models that the average person would drive IRL.

there would be a lot more unique models, including models that the average person would drive IRL.

I’m sorry, but what with that last part of the sentence? I’m hardcore car enthusiast, and I’m probably the most “anti-daily driver in Forza” person out there. Why would a car enthusiast want cars they always have a chance of driving over cars they may never even see in-person in their lifetime?

Personally, I like to have cars I own or have owned so I can upgrade them like I can’t practically do in real life.

for less than the price of a family ticket to a decent car museum, you can get closer and experience a lot more cars than you could elsewhere.

Sure, but where do we tow the line then? Every country has more daily drivers compared to their sports cars. How do we determine what is more important from a massive pool like that?

there would be a lot more unique models, including models that the average person would drive IRL.

I’m sorry, but what with that last part of the sentence? I’m hardcore car enthusiast, and I’m probably the most “anti-daily driver in Forza” person out there. Why would a car enthusiast want cars they always have a chance of driving over cars they may never even see in-person in their lifetime?

Would a “hardcore car enthusiast” really pass on any car?

Well, yes, not every enthusiast likes all cars equally. For instance, I despise EVs too.

You and I have different definitions of the word “enthusiast” then.