How to get complete gold icons on map? 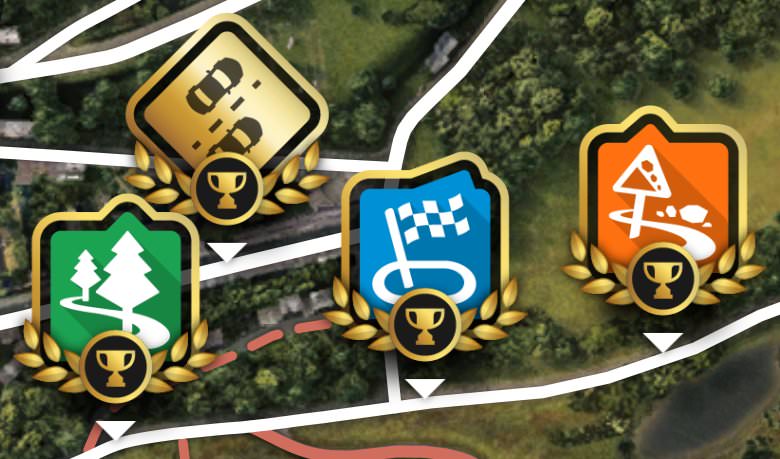 am I missed somthing?

In the previous games complete gold was when you had done both a single race exhibition and a championship from that location. I don’t know if the same applies here.

It’s probably like FH3 as SatNiteEduardo mentioned. I haven’t unlocked championships for the festival routes yet, but I assume they unlock once you’ve got gold on all the exhibition races.

The street race would be fully gold because in other Horizon games there isn’t any championships for street races, only single race events, so assuming the same applies for FH4 I’d say that’s why.

The seasonal championships are ridiculously short.

An option for a custom championship would suffice.

I did some road sprints today for Forzathon that I had to win, the ones I did all have gold around the race marker, but the marker itself is still coloured blue.

I think they might be related to seasons. Street races in summer. Dirt racing in autumn. But have not tested my theory yet

Press “Y” to swop to the non seasonal event.

Stop over thinking it guys, it’s just a design choice. They not different levels of “complete”

The story icons turn gold when you get 30/30 stars so it seems to indicate full completion in that example.