What do you mean it won’t work? It’s a fixed rear wing

What do you mean it won’t work? It’s a fixed rear wing 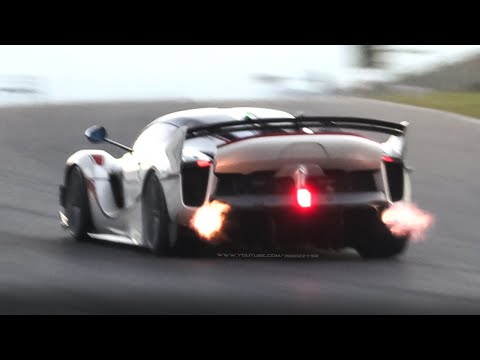 There is a Wing/Air brake hidden. Just like Laferrari Wing

Dont expect most cars with mobile parts in reality to have them in-game. Many cars that are supossed to have mobile parts like the FXX dont have em represented in the game. Get used to it.

I know, lot of cars dont have them but what is stupid is that regular fxx k have working wing and evo model uses mostly same assets, so its so weird that they skipped the wing lol

That’s a sad attitude, I thought it was the little things that make great games stand apart

in FH4 the Ferrari F12 front air ducts opened and closed though probably no one notices, there is a small active aero bit to the 599xx evo spoiler. Oddly enough the rear diffuser flaps on the LaFerrari moved in FH3 but did not in FH4, just the spoiler. It’s not like they haven’t had attention to detail before, bums me out to see active aero parts overlooked.

They make you put awful wing on cars with active aero. Stupid.

most of those sacrifices are mostly cause game engine is so old already and they have to make game to last gen too so they have to downgrade for last gen and curent gen suffers, fh5 have most downgrades i noticed and graphics is one part, maxed out fh4 looked better, and also they disabled animated flappy paddles and etc and we gonna see more and more downgrades when they make new game on old engine.

I made a ticket first week about the downgrade paddle animation and was about to make a post, to me it is very noticeable going from FH4 cockpit to FH5 in the same car, bummer

Another random detail lost, the shadow of the drone haha, I remember seeing that in FH3 and was like wow a detailed drone shadow

This is my biggest pet peeve with the Forza series, I shouldn’t have to put Forza Aero to adjust the downforce on a car such as the FXX-K which has a wing designed to produce maximum downforce already.

Its not weird. It is just lack of quality content, plain and simple. Something pretty common in this game you should know by now. You are going to find many many many wrong car models, fins, wings, and whatnot. Get used to it as soon as you can…