I know the likelihood of this post having any effect on the game is slim to none, but a closed mouth doesn’t get fed, so I’ll make my case here anyways.

Its time the drag racing community gets some well-deserved love from the developers.

In my opinion, drag racing is one of the most under-represented communities in the Forza franchise. It has always felt like an afterthought. As it is my favorite niche of car culture IRL, here are some suggestions I have in regards to drag racing to appease fans like myself, and to add a lot of flair to the game:

First and foremost, let us have smaller wheels. Smaller than stock sized wheels allow for a larger sidewall profile tire to be mounted on powered wheels. IRL, this allows the tire to “flex” when under heavy load, which aids the car in “hooking” (traction) either from a roll or off the line. Ideal sizes for this application are 15", 17", and 18". Seeing as we can already have bigger wheels, why not go the opposite direction? 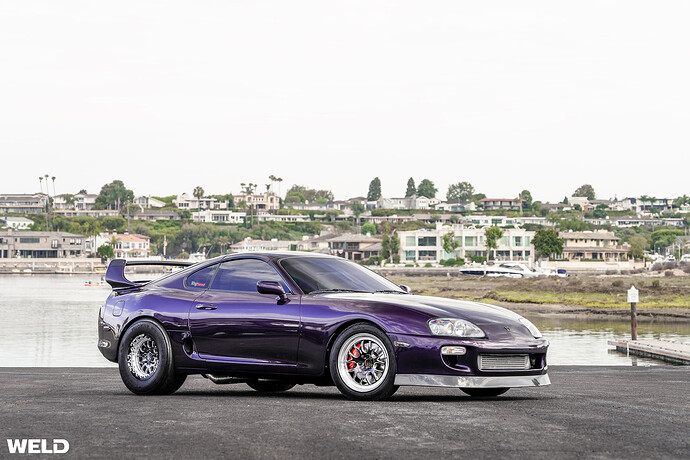 With that being said, it would often be necessary to modify the cars brakes to fit a smaller diameter wheel. Seeing as upgraded brakes is already an option in the game, all that would be needed would be an additional option for “Lightweight Drag Racing Brakes”. This would be a physically smaller model, that would reduce weight overall, but have similar braking performance to “sport” brakes. 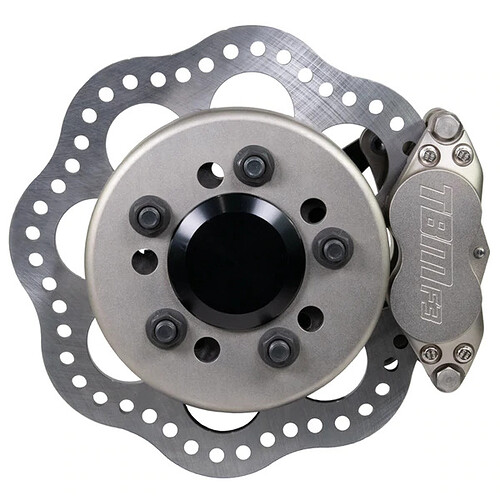 Now that that’s out of the way, let us change the sidewall profile of our tires. We can already select our tire section width, (i.e. 305, 315, 335, etc.) so let us make the tires bigger in diameter overall. This mechanic would work exactly the same as the tire width mechanic, but should also allow you to go smaller in height as well. 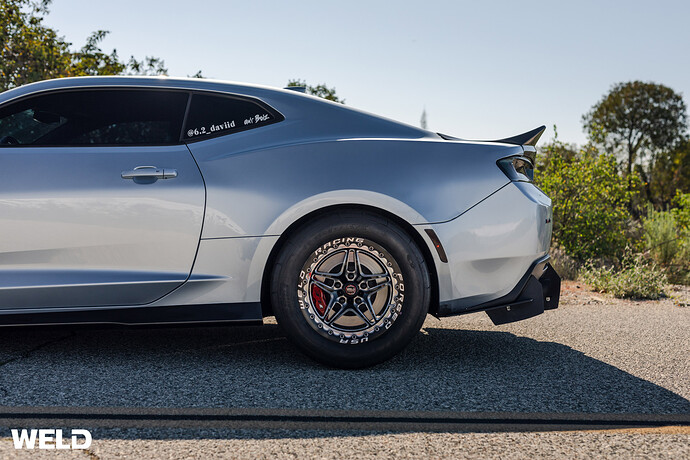 Also, let us choose narrower tires, so that we can run “skinnies” in the front on RWD cars. We should be able to go all the way down to about a 6" wide tire, which is about a 150-155 section width.

Cool, now that we have those features sorted, its time to add new wheels to the game. Specifically, ones from drag racing oriented companies, such as Weld Racing, Forgestar, Forgeline, Belak Industries, CCW Wheels, Billet Specialties, and Race Star Industries. There should be different options for wheels too, such as skinny “frontrunners” and wider deep-dish wheels, as well as beadlock and non-beadlock options.

That makes a perfect segue into the next feature, the option to have two different sets of wheels on the same car. Now this one I KNOW is a super common ask from the playerbase, and has been for some time. Its simple, let us choose different wheels for the front and back. (Press X to select individual wheels, or press A to modify all.)

Allow players to select wheel width independently from tire width. This means narrower and wider. This could also appease stance boiz so that they can have stretched tires! This would also allow for “skinny” front wheels on RWD cars. Typical widths for this application are 4.5 to 6 inches.

Okay I’m done ranting about wheels and tires, so lets move on to suspension, please, let us get looooooow… This one’s gonna make the drift gods and stance boiz happy too. Regardless of the car, players should be able to have the frame rails sitting on the ground. I know that clipping issues can arise from this, but that’s the beauty of video games, that stuff doesn’t matter! Not to mention, there are already cars in the game that have wheel-through-fender clipping issues, like the widebody C8 intro car. Put plainly, let us set ride height to MUCH lower levels than is currently possible. This would also be a perfect opportunity to add airbag suspension… 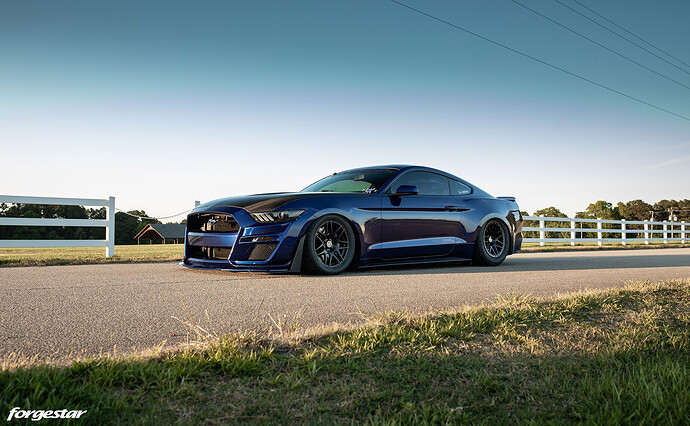 With big tires, comes big power… Frankly, the current max horsepower on some cars is pathetic, especially considering that HP in this game is essentially measured from the flywheel (BHP). Some of the drag / roll racing cars out there nowadays make insane levels of power, like the Calvo Motorsports Vipers, Underground Racing and SheepeyRace Lamborghinis that we just saw race at TX2K22. IMO, players should be able to go all the way up to about 3,500 horsepower. Yeah, you read that right. And this should be for pretty much all cars. Cars above 2,000 HP could go in a new class, like “X1”, and “X2”, or “R”. 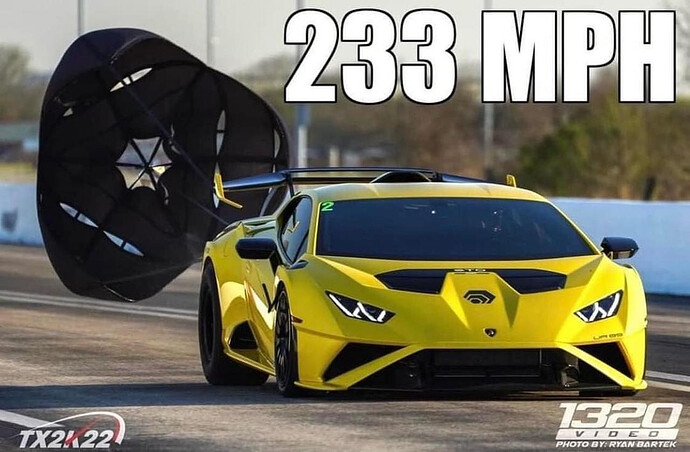 Now that we’re schmoovin, how are we going to slow down? Why, with a parachute of course! A drag parachute is commonplace among cars that run 8.5 seconds or faster in the quarter mile. Now, I get that we’re running out of buttons on the remote, so I’ll compromise, this one can be just for looks, because why not! Again, the cosmetic feature should be available on almost all cars. 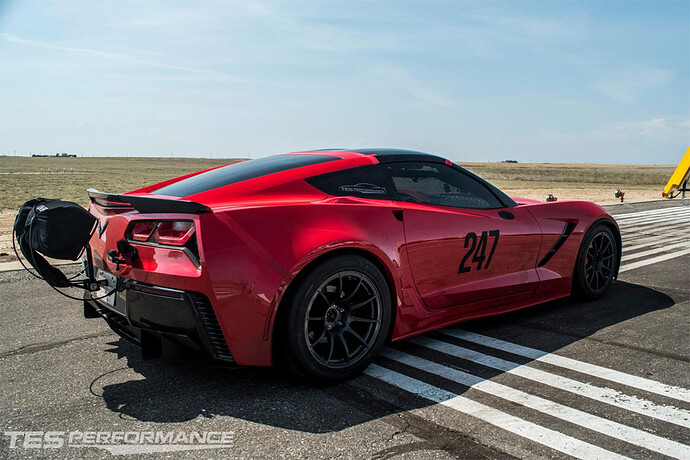 I will end it there, seeing as this post is long enough as it is. I know I probably just did all of this work for nothing, but I can dream. I’ve been wanting to see this stuff in game since Forza Horizon 3. Anyway, if you made it this far, thanks for reading, and please like and share this and let me know what you think! Cheers.

Great post and really good detail. I hope they do something with the Drag Racing. We have no games that would be considered even decent for the drag racing community. Forza could really shine if they just added some of this and some drag racing lights for us.

Almost all of these suggestions look very realistic and it would make the game so much better. Im impressed how there features would work seamlessly if they ever put it on fh5 (or a next game).