Anyone liking the TAA on PC?

I have to say that after only ten minutes I’ve switched back to 4x MSAA. I don’t like it and here’s why.
Firstly it may have given a few FPS at best, but not enough to go raising other settings whilst maintaining a solid 60fps, so it’s main attraction seemed not that attractive.

Secondly, although the anti-aliasing looks okay (tested on 10 sharpness), there’s something off about the road surfaces. A bit sparkly or something.
Also I looked at my car side-on as I drove. This reveals ghosting behind the car, like echoes of it which stretch out as you accelerate.

I did see some screen flash up that I didn’t read but I think it said “experimental feature”, so there may still be hope for it?
That’s my experience with it so far, it matched 4x MSAA in the benchmark and isn’t as good.

Does it implement well for any of you? maybe it’s different with different resolutions / hardware?
I’m at 3840 x 1440p and a mixed bag of settings.

TAA is borked when used with Motion Blur, car wheels are broken (open images on a new tab to see full res screenshots):

Also, I think they have done something to reflections, as I am having issues there as well, although I am still trying to confirm whether they are related to TAA (although this far this has happend to me only with TAA on):

EDIT:
I played for about half an hour with MSAA and so far I had no issues with terrain/vegetation textures. Road reflections are out of wack though (they are more visible on some roads and appear completely correct on others):

EDIT 2:
Most of the aforementioned issues were due to faulty nVidia driver, the newest one (516.40) is causing texture/reflection issues, after reverting to an older driver (512.95) those problems disappeared.

The TAA with Motion Blur is still broken though, as ghostly wheels are still a thing.

My wheels don’t turn ghostly. My loading intro judders like crazy, and that’s the only bad thing.

Yea, I did notice that the intro videos are choppy and sometimes the game will crash on loading, but that is not something I will lose sleep over. On the other hand, the wheels (which are not hot - sorry for the pun) are annoying me. Here are more detailed examples:

TAA with MB set to “Short”:

TAA with MB turned OFF:

And for comparison, MSAAx4 with “Long” MB: 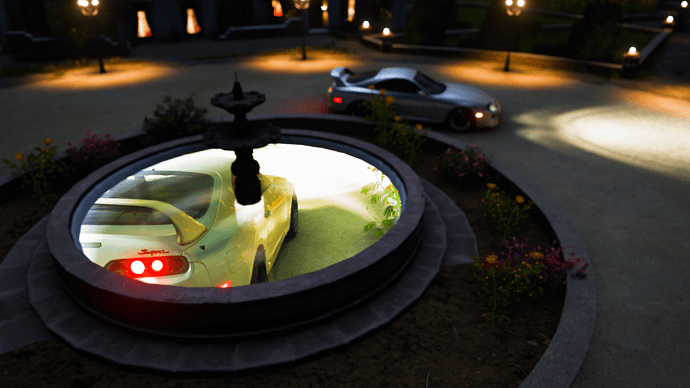 game no longer starts to drop frames after few hours of gameplay, and runs smoother than past 8 months… better later than never ^^ 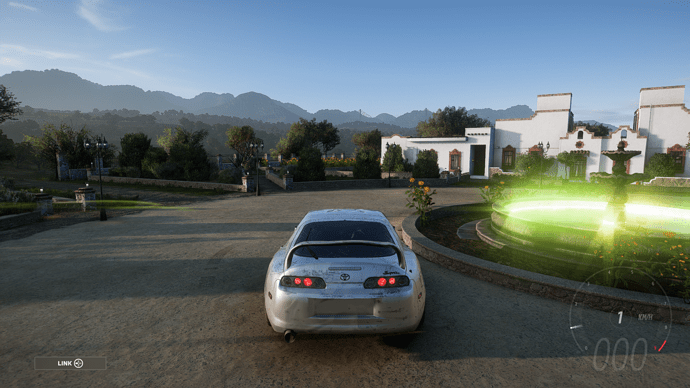 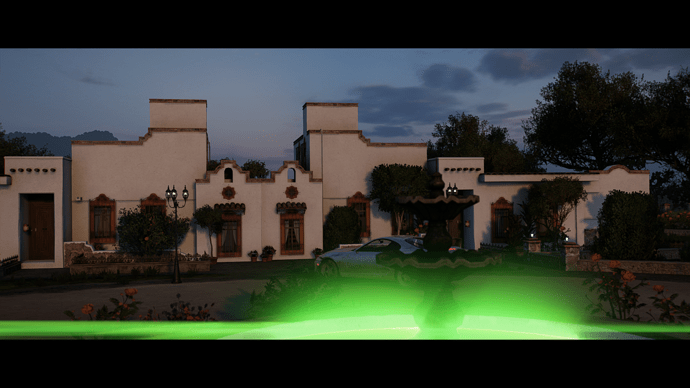 Did you photoshop that Supra into the water? If not, what is going on there?

Yes. The game now finally looks like a game of 2022 should look or pretty close. Why they waited so long to include TAA escapes me. No more jagged edges with awful simmering all over the place on 1080p. For the guys trying to post screenshots, i hope you realize, that its pointless. No one is going to see the effect of TAA or MSAA in a screenshot. But of course people dont know this. lol. Not surprised in these forums.

The image quality is imo better than MSAA x4 that I was playing on before (@ 3440x1440, max settings with screen effects [lens flares and chromatic aberration] disabled because screw that) - it appears softer, less aliased and more stable (less shimmering), although a bit more blurry. Whether you prefer that sharper and more shimmery MSAA or softer TAA is up to you - I think I will stick with TAA at least for now.

Performance wise I do get a few more frames with TAA than with MSAAx4, but overall the difference is within a few percent (let’s say on average I would get around 85 fps is MSAAx4 and about 88 fps with TAA) , so I would not consider the framerate gains as a factor in deciding which technique to use. Sure, the performance is better so if you are desperate for frames, TAA is slightly faster than MSAAx4, but I cannot comment on comparison with MSAAx2. Also, I do not use FXAA at all, as all it does is blurs the whole screen.

As for the bugs, apart form the ghostly wheels when motion blur is enabled, there is a bit of ghosting in the image (look on your car from the side when moving, you will notice a “shadow” right behind your car - it is more visible in the dark), but not too distracting (looking at you Red Dead 2 with your abhorrent TAA smearing). I have decided to use “Short” shutter speed for MB as the ghosting on the wheels is manageable in that mode and the game looks better than with MB disabled altogether, however I would prefer for this to be fixed so I can go back to using “Long” motion blur shutter.

On the side note, PGG fixed the bug with tunnel reflections I mentioned some time ago (Car reflections in tunnels (bug?)). Hurray!

… so when can we expect DLSS?

Not any ghosting at all in my end. GTX1660ti. I always use TAA in all games. No ghosting, ever.

no, i did not use photoshop, at first it was just the fountain glowing toxic green but when i went to photo mode it started to show surroundings inside the fountain lol XD

no, i did not use photoshop, at first it was just the fountain glowing toxic green but when i went to photo mode it started to show surroundings inside the fountain lol XD…

Is it April 1st again already?

So far TAA has worked fine for me, although there is some annoying temporal smearing on digital dashboards (affecting the speedometer in particular). I don’t know if they can reduce that.

no, i did not use photoshop, at first it was just the fountain glowing toxic green but when i went to photo mode it started to show surroundings inside the fountain lol XD…

Is it April 1st again already?

I think the game accidentally renders the car into the local cube map used for the scenery. In fairly high detail as well.

Edit: It seems that wasn’t the case. It’s a previous frame blending with the current when the fountain is viewed at certain angles, only in photo mode.

I wonder if TAA is enabled in photo mode? It shouldn’t be since photo mode already performs spatiotemporal AA (along with motion blur and focal blur) through accumulation buffering.

Some game speed lost doing that for no reason.