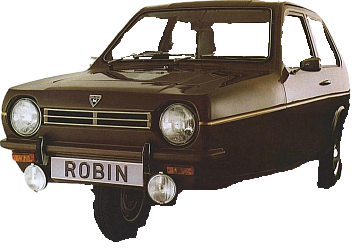 We need more 3 wheelers. 3 wheelers are still stable. they are more stable than you think. You might have watched Mr Bean or Top Gear series and are familjar to what happens to the Reliant cars whenever being pushed or going in high speed. The truth to it is that it is all staged and faked. Reliants were more stabel than you saw in both these tv shows bc they have made them in such a way that they roll or leaning to it’s side. in real life they were really difficult to roll or even leaning to it’s side. it rarely did that and sure the car caused a bit more deaths in car accident for leaning on it’s side after going too fast. they were also made out of fiberglass. besides that there is not much that can make it more dangerous than a normal 4 wheeled car. even tho you don’t agree. it’s just in a video game not for real when tuning it. sure forza horizon franchise is about racing but we already got over like 300 cars that almost look similar to each others so it’s only fair if we show 3 wheelers a bit more respect. i did a similar post a couple of months ago but i really want more reliant cars and btw Reliant didn’t always make 3 wheeled cars, they made 4 wheels aswell not only that but they were all sports cars. however i am more intrested in the 3 wheeled once bc they are the most intresting onces to say the least. #3wheelersneedsmorerespect