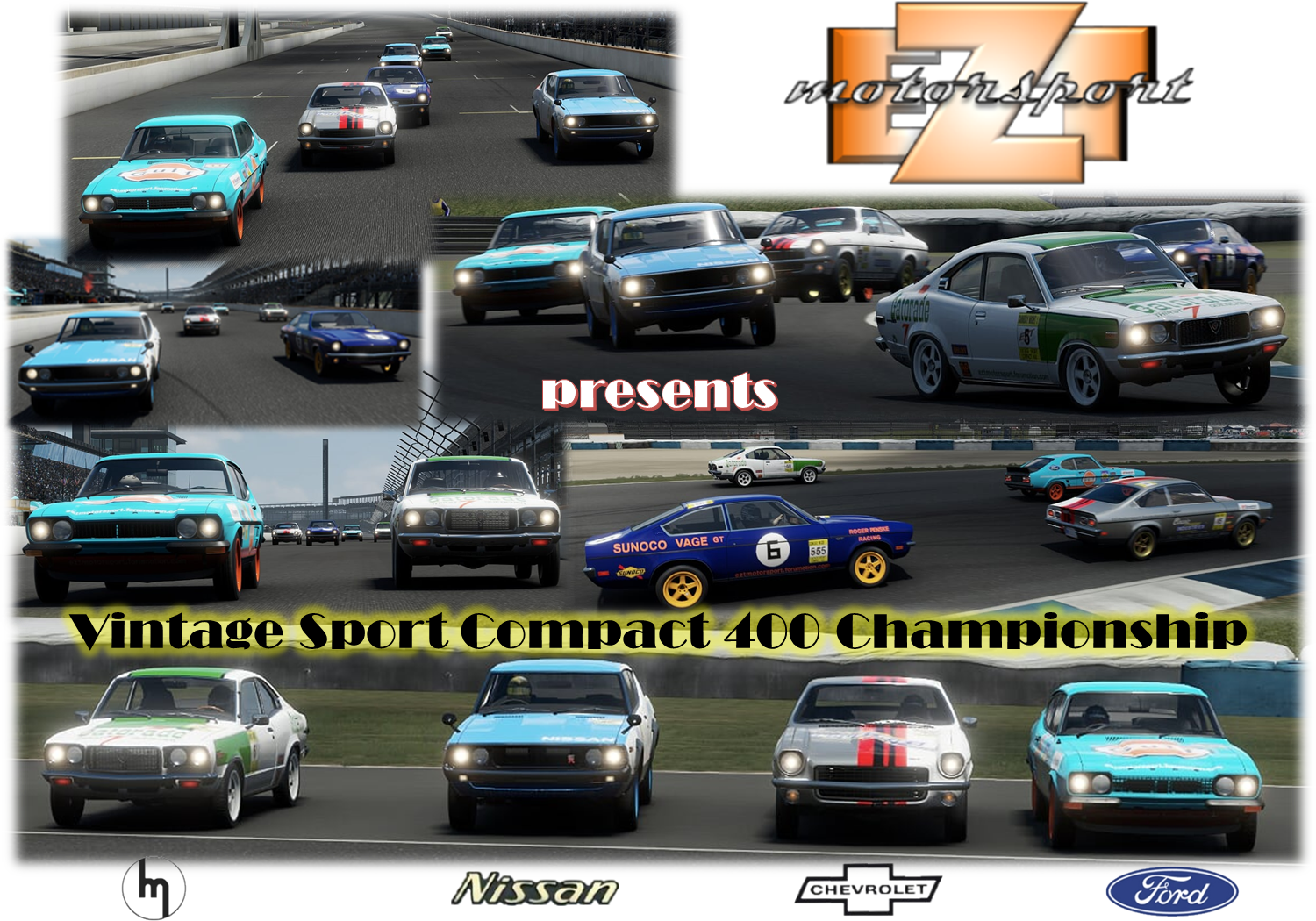 As mentioned in the opening, racing will take place on Sunday evenings at 18:00 CDT / 19:00 EDT / 00:00 BST (Mon) and will be contested on eight iconic tracks—four in Europe and four in the United States of America. Race 1 heads to Scarperia e San Piero, Tuscany, Italy on the club circuit of Mugello Autodromo Internazionale. Heading north and a little west toward the city of Milan, Race 2 competes on the short circuit of Autodromo Nazionale Monza. The series then travels north through the Alps and Switzerland to Hockenheim, Germany for Race 3 and the short circuit of the Hockenheimring. Due to the nearly 600-mile trip from southern Germany, through France, into the United Kingdom, through London to the Northamptonshire villages of Silverstone and Whittlebury—the former home of the RAF’s Vickers Wellington bomber and current home of Silverstone—Race 4 will be a night race on Silverstone’s national circuit.

Wrapping up the European portion of the series, teams pack up and head west to America, specifically to Lakeville, Connecticut—the home of Lime Rock Park and Race 5. Continuing west to the great state of Indiana, Race 6 will be held on the classic GP course of “The Brickyard,” Indianapolis Motor Speedway. The series then heads south to Braselton, Georgia for Race 7 on the club circuit of Michelin Raceway Road Atlanta. Race 8, the final race of the series, will be a night race on the short course of the internationally renowned Sebring International Raceway of Sebring, Florida. 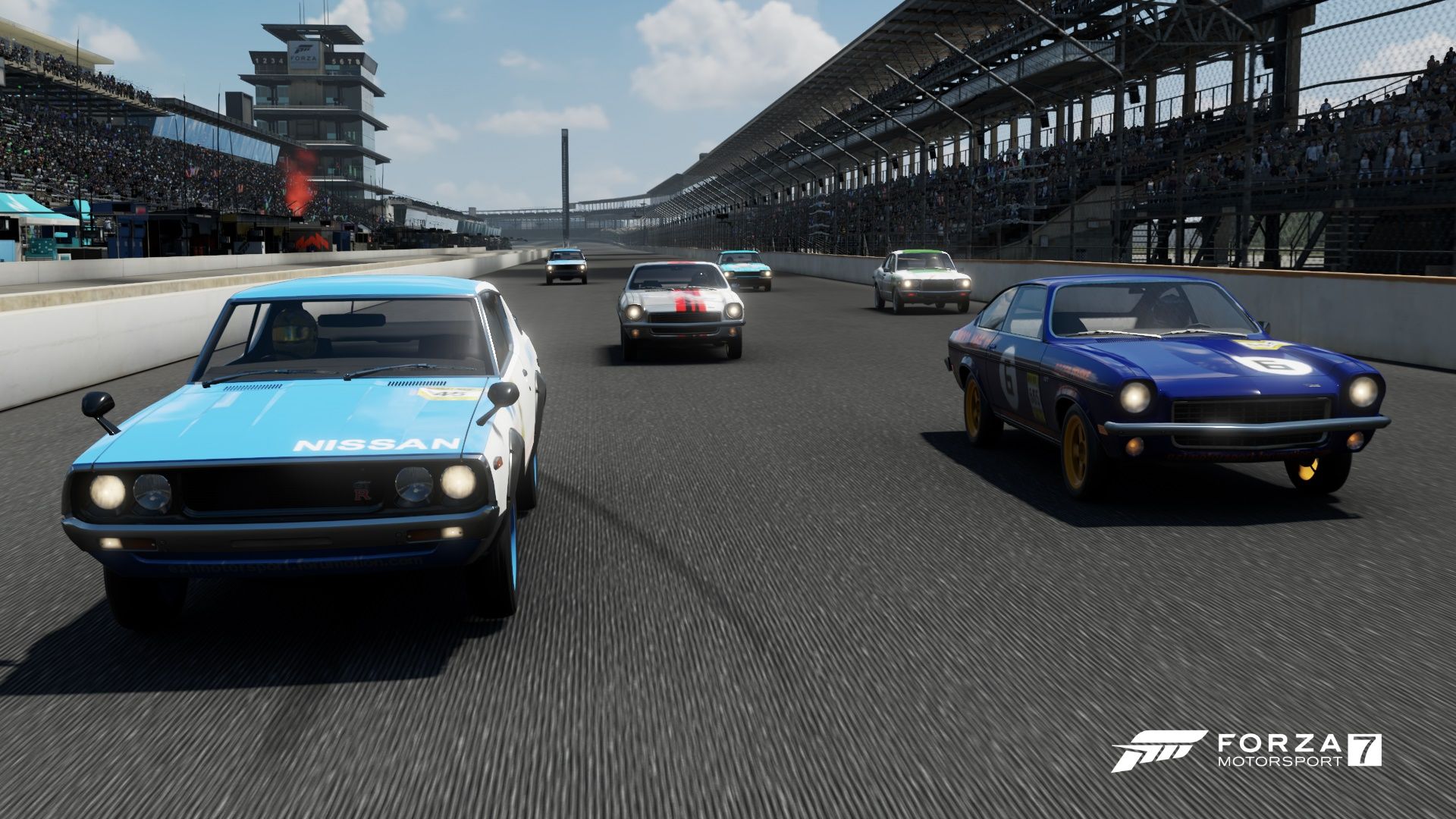 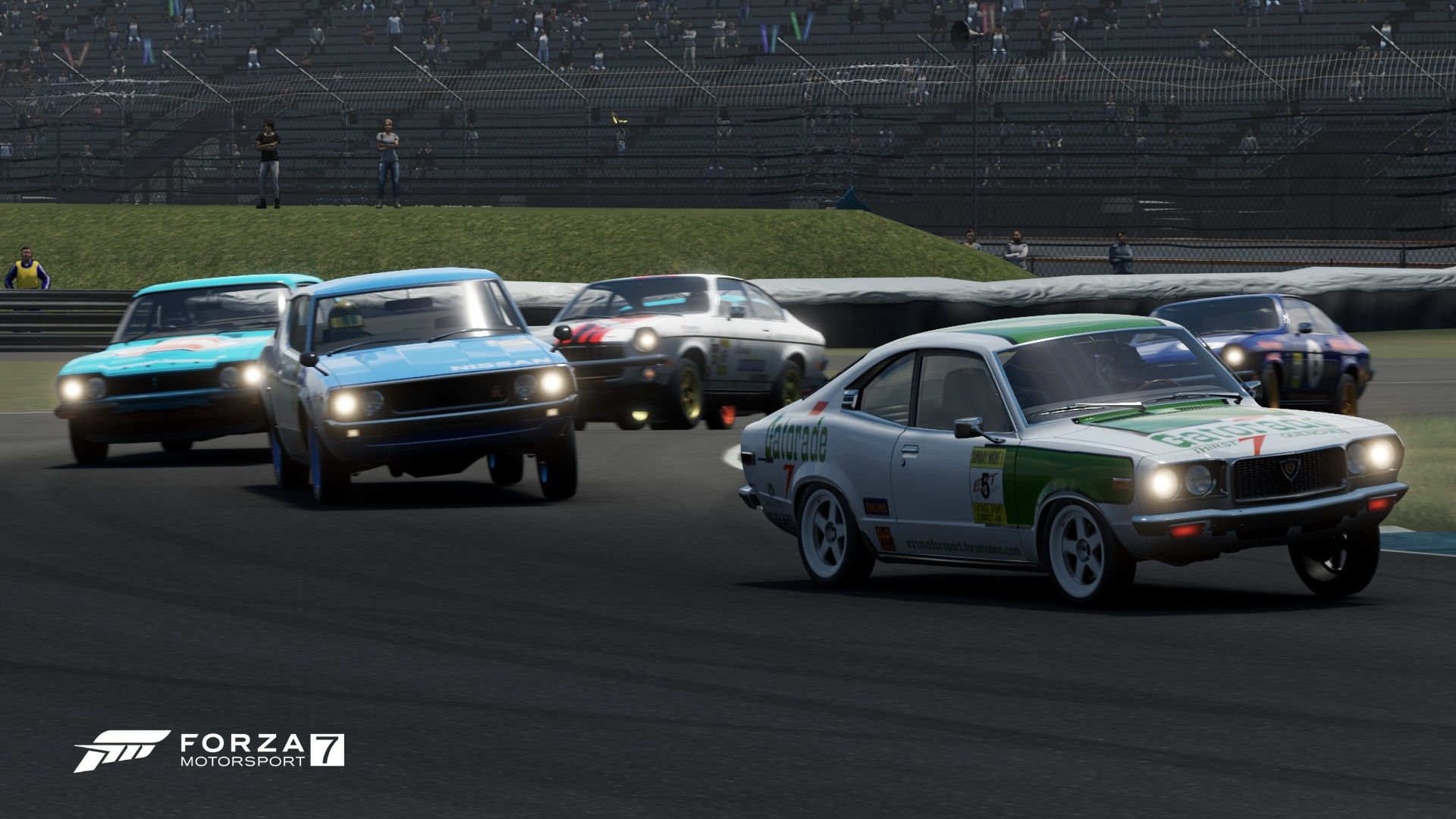 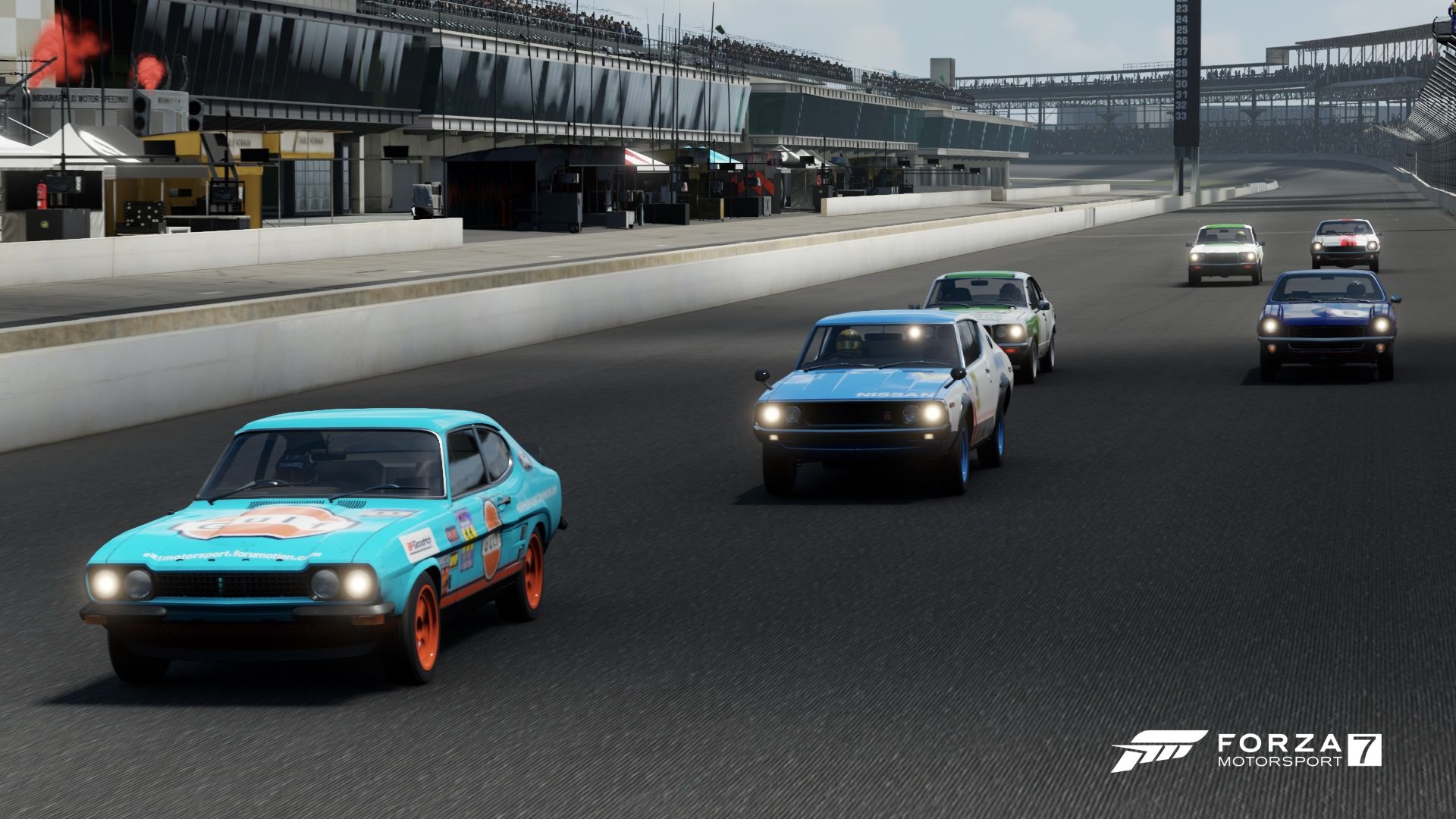 For this event, there will be three championships on offer to the drivers. All drivers will be entered in the Overall Drivers Championship; but, based on their own individual circumstances, they will either enter the Teams Championship or Privateers Championship as well.

Sign up will begin 08 SEP 2019—with Race 1 on 15 SEP 2019—and run through consecutive weeks until the series finale on 03 NOV 2019. Eight tracks! 50 miles! 400 total miles raced! Are you up to it?! Experience eight weeks of racing against all manner of skill levels, where everyone is there to have some good clean racing and anyone can do well. 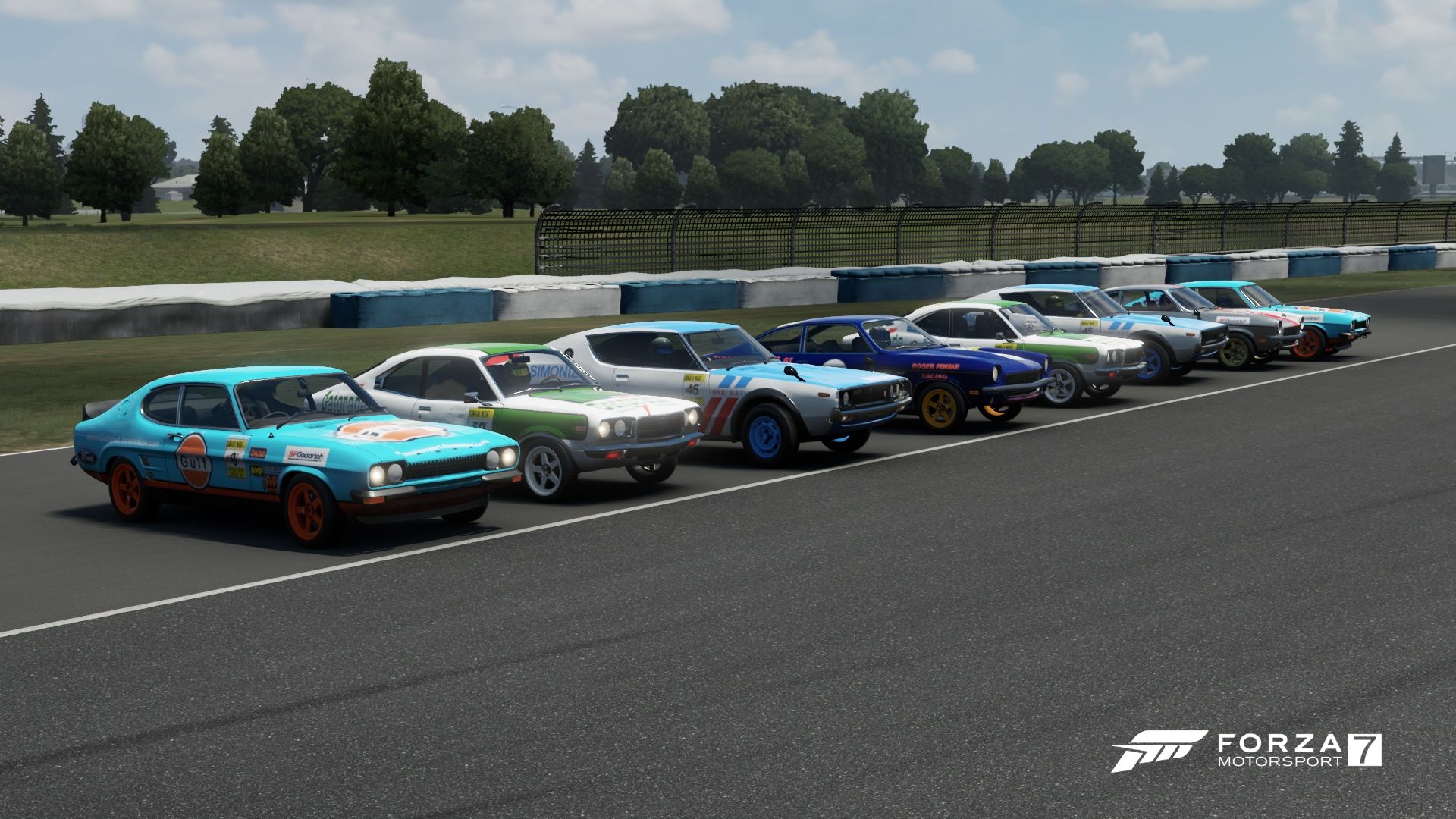 If you want to get involved or learn more, follow this link to the EZT Motorsport VSC 400 Championship section!

It is for real now. Sorry for the inconvenience.

I’d be up for something like this so i guess i’ll check out how to sign up for it. See if i can work out how to sign-up (if it’s easy to do that is). Always looking for somewhere to race regular with.

Race one is tomorrow night!! Sign ups are still open.

Race 2 will be 29 SEP 2019 at 7 PM Eastern, 4 PM Pacific on the short circuit of Autodromo Nazionale Monza! Look forward to seeing you there!! Click here for details!

There is plenty of time and plenty of room for getting involved with the Vintage Sport Compact 400 Championship! Race 4, a night race, rolls off at Silverstone’s national circuit on 06 OCT 2019 at 7 PM Eastern, 4 PM Pacific! Hope to see you there!

Having wrapped up the European portion of this event, Race 5 will be 13 OCT 2019 at 7 PM Eastern, 4 PM Pacific on Lime Rock Park! Look forward to seeing you there!! Click here for details!

Race 5 at Lime Rock Park, the first race of the United States schedule of the series, was quite exciting! Slow cars being driven fast! Race 6 will be no less exciting!

Race 6 is coming up on Sunday, 20-OCT-2019, at the “racing capital of the world”–Indianapolis Motor Speedway! Drivers will be competing for 20 laps on the classic grand prix configuration! Hope to see you–7 PM Eastern, 4 PM Pacific --at The Brickyard!!

Vintage Sport Compact 400–eight races of 50 miles each. Completion of Race 6 at Indianapolis Motor Speedway marks 300 of the 400 mile journey. Race 7 will be at the club circuit of Road Atlanta on 27-OCT-2019, 7 PM Eastern, 4 PM Pacific (please be aware Europe changes to Standard time this weekend). The standings see two drivers tied in points–#20 - FRB INCOGNITO and #421 - Lanrell21–with the tie-breaker being the best finishing position (#20 - FRB INCOGNITO). Who will take home the VSC championship? With 100 miles and two races left to go, stay tuned! Better yet, come race to join in the fun and see for yourself who comes out P1!

Another EZT Motorsport Sunday Night Series has crossed the finish line after eight tracks and 400 miles! Great racing among all who participated in the Vintage Sport Compact 400!

Congratulations to the winners: