I’m looking to 100% Forza Horizon, and I didn’t get a chance to download the 1000 Club DLC before it got removed from the Marketplace. Is there any way to obtain it? All I need is the ability to get the six 1000 Club achievements, any help would be nice… Thanks.

People who no longer have an Xbox 360 or only play on an Xbox One could download there. Try from the in-game marketplace if you can’t find it in the store. It was possible, but some people claimed today is not available anymore. It’s worth a try.

It was a free DLC, meaning it was never available in a redeemable code format, so it’s not possible to get it on the Xbox 360.
You also can’t unlock all of the achievements of the 1000 Club if you don’t have the November pack, because there are only 2 Shelby in the game and 1 in the pack. Achievement requires 3.

You can always play at a friend’s house. But doing that, remember to not “copy” the save file, but “move” it, or you will lose it.

If you don’t fit into those conditions, you are a proud member (like myself) of the 1800 PTS Club. 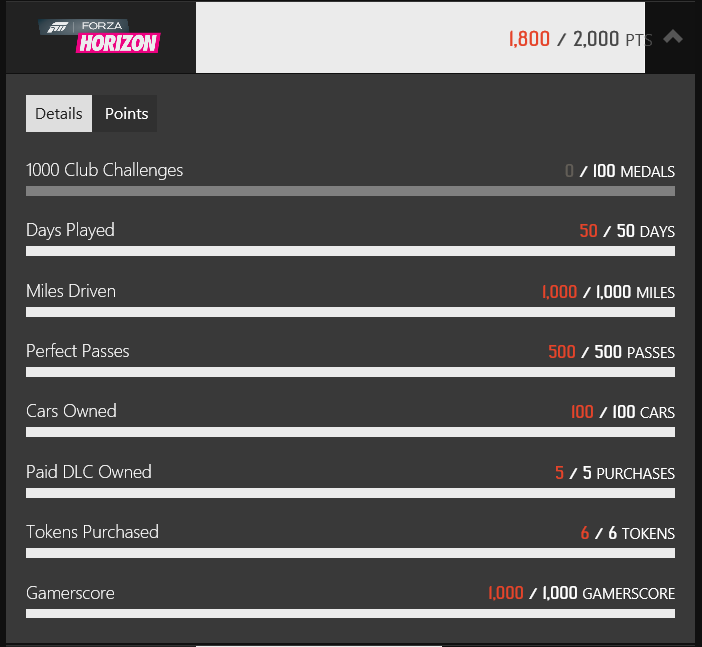 I always download games with gold even though I don’t play them, and usually delete them. At least they’re always downloadable in the future. I’m glad I bought the rally expansion cheaply now.