Replica Forza Racing is proud to announce its second season of GT action, Building on the back of a successful debut season for GT racing at RFR. The championship will last for ten rounds utilizing two different race formats, Endurance, And Sprint. Endurance Rounds will consist of one 2 hour race, With Sprint Rounds consisting of two 50 minute to 1 hour races. The classes will PRO, PRO/AM and AM. 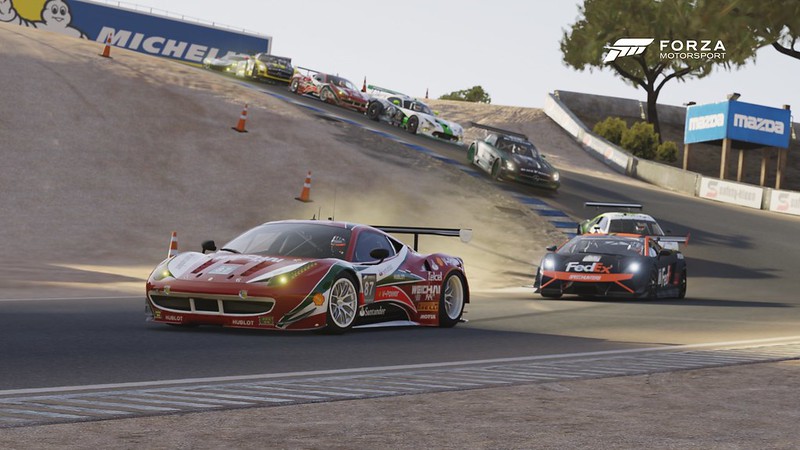 The championship will run weekly on a Wednesday starting on the 17th February with qualifying kicking off at 8:30pm GMT, With all racing hoping to be completed no later than 11pm GMT. The series will have an off week between Round 5 and 6 to allow drivers a weeks rest. Drivers and Teams will also be offered the option to enter either the full season, Or just the Endurance or Sprint Rounds.

If you’re a fan of the Pirelli World Challenge, Or the Blancpain GT series this series is for you!

*Race 2 will take place at night.

More info can be found at www.replicaforzaracing.co.uk

4th Sprint round @ Circuit of the Americas

Tomorrow we have another round in the endurance category.

Second to last round in the GT Series.

People can still join, come to our forums @ www.replicaforzaracing.co.uk

Wookie2002 took the win, in front of Havana B0B and BigWhiteDonk87

With the final endurance round of the Series done,
These are the final results for Endurance

On to next week for the Final Round @ Road America for a double 1h sprint race.
wednesday 4th may, qualify at 8:30pm GMT

and a few players joined in for a one-off.
As a warmup for the next series.

If you want in, sign up on our forums @ www.replicaforzaracing.co.uk

Since your guys Series is about over. I’m creating a GT Series. Go check it out. Would you mind not advertising your league here buddy, create your own!

We already have a new series follow this, next week we kick of our V8 Supercars series!