If it helps, the model year of the Porsche Macan T1 Rally Raid is 2015.

Cars that were spotted in Episode 3 Let’s ¡Go!

In the livestream on youtube I saw them testing sounds for a 88-98 chevrolet k1500 pickup truck aka a GMT400 and honestly that makes me so happy.

Where did anyone see the Subaru Crosstrek Desert Racer because I didn’t clock it?

2020 Toyota GR Supra - one of the cars available to every player at the start of the game.

2020 Toyota GR Supra - one of the cars available to every player at the start of the game.

Hey Turn 10, can you please switch this to a 2021 or 2022 model? The 2020 came with the crappy b58 head with the integrated exhaust manifold, 335hp. BMW stuck Toyota with the entry level head, but the 2021+s got the good head and are rated at 383hp. There was a really nice blue added as a special edition in 2021 as well, and tons of improvements to brakes, alignment, diff software etc.

Porsche 914/6 and Maserati Levante was in the last “lets ¡go!” Livestream

“Kick up some dust and leave behind your rivals in a cloud of smoke. The Sierra RX3 is #NewToForza and it’s the perfect companion for any race on our Baja Circuit in #ForzaHorizon5” @ForzaHorizon 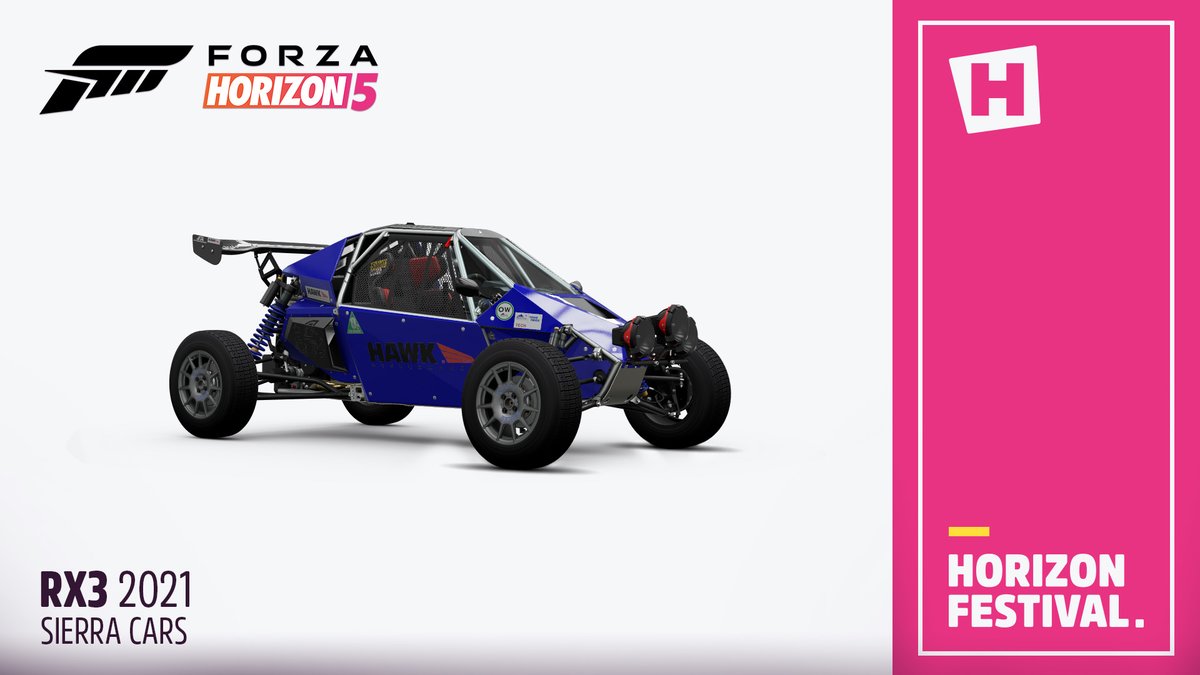 Over the last few months, we’ve given open world driving fans a taste of what they can expect from Forza Horizon 5, including breaking down the different biomes you’ll explore as you race across Mexico. Now, with the November 9 release of Forza Horizon 5 on the horizon (I couldn’t help myself), we’re excited to share with the fans the first eight minutes of pure, unadulterated Forza Horizon 5 gameplay. And we’re not done there, we’re also beyond excited to showcase Forza Horizon 5’s just-announced cover cars: the Mercedes-AMG ONE and the 2021 Ford Bronco Badlands. ¡Let’s Go! 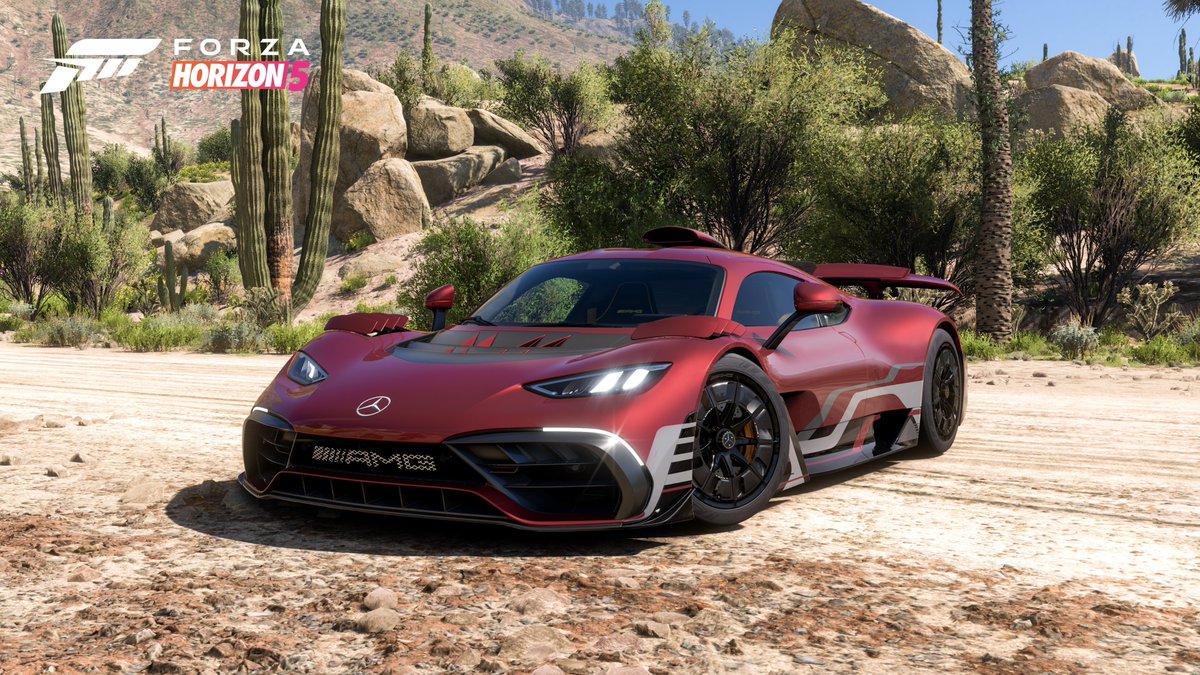 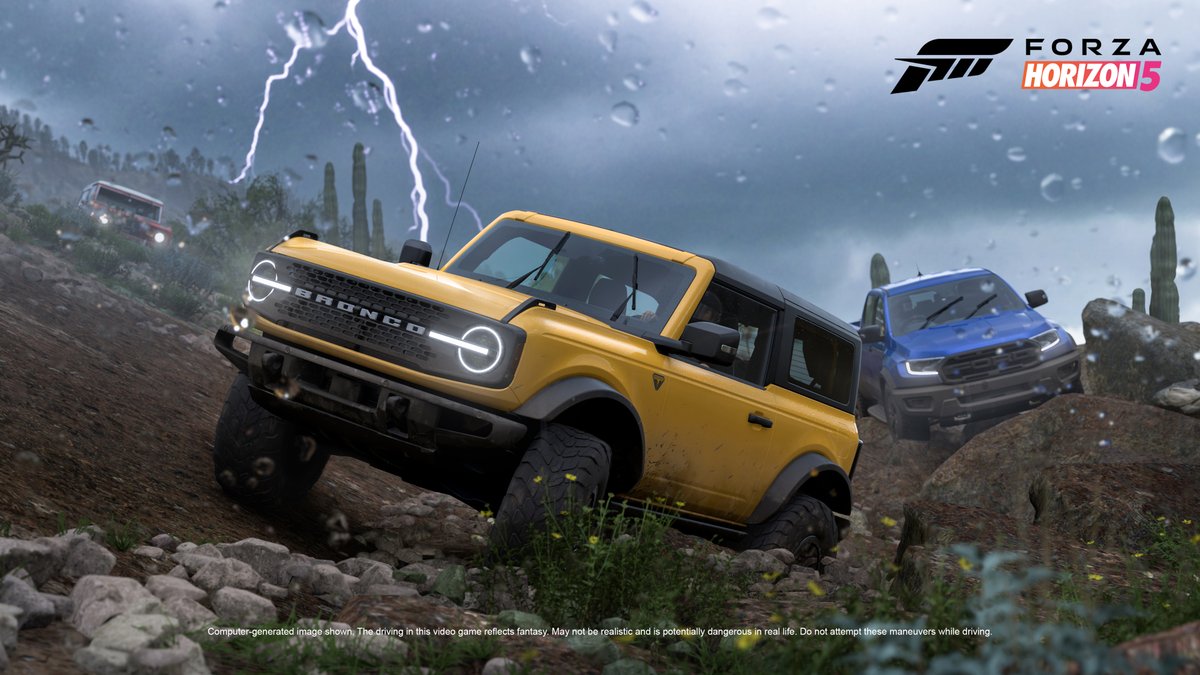 In the Forza controller edition video, an SUV appears with the headlights attached. I think it’s an Audi E-Tron Sportback, maybe the S version. 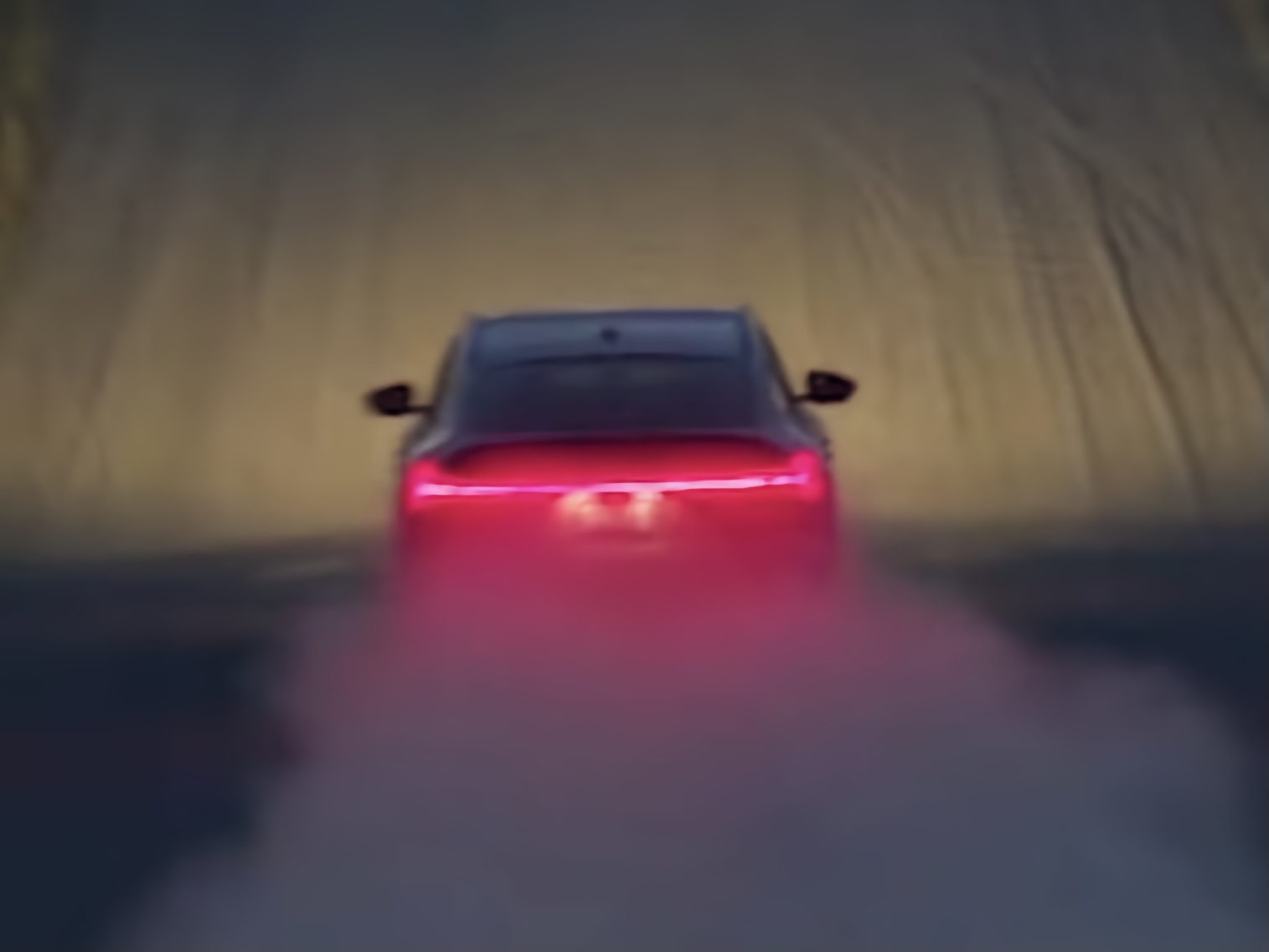 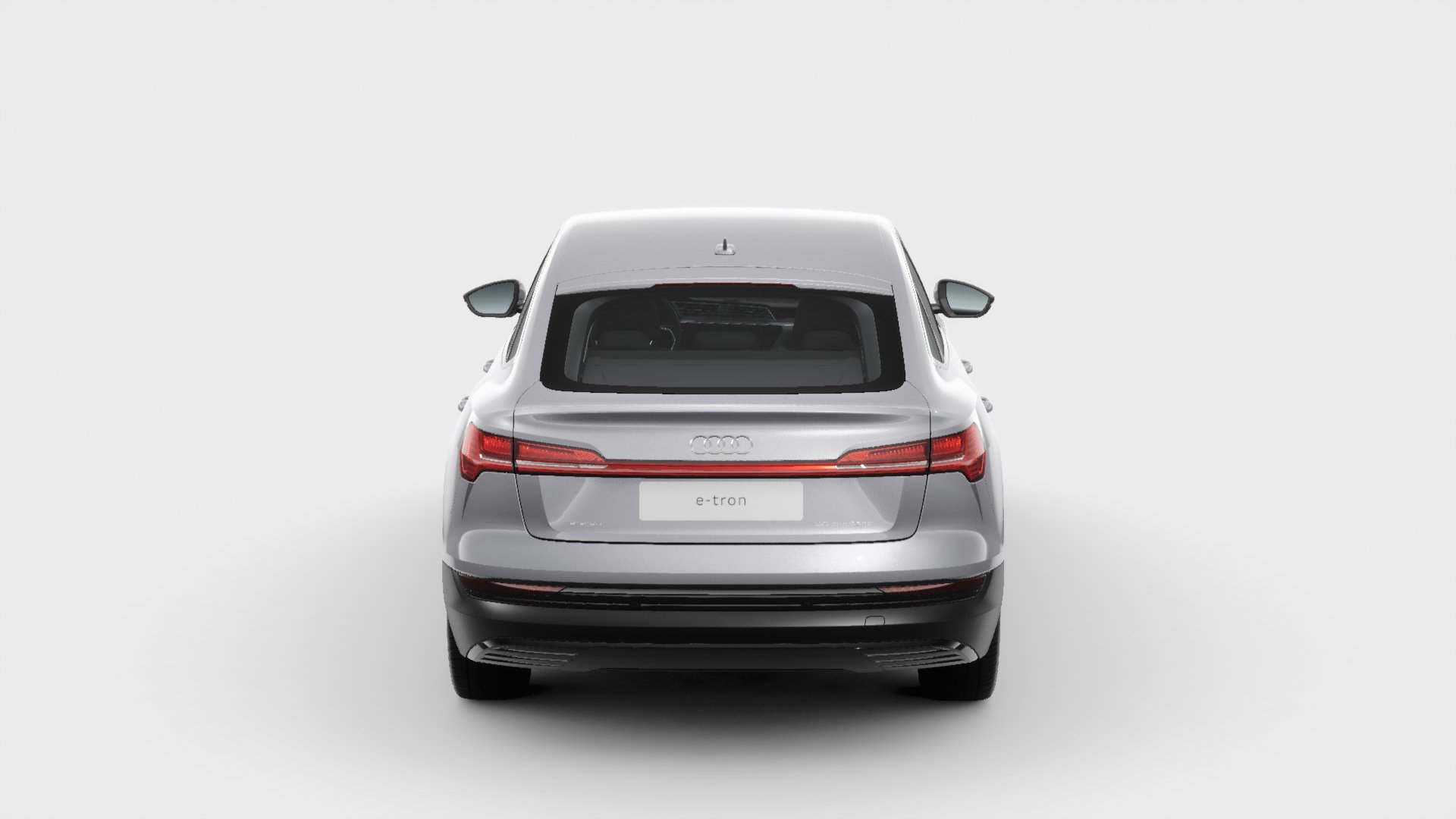 “Every @MercedesAMG vehicle coming to #ForzaHorizon5 at launch.” @ForzaHorizon 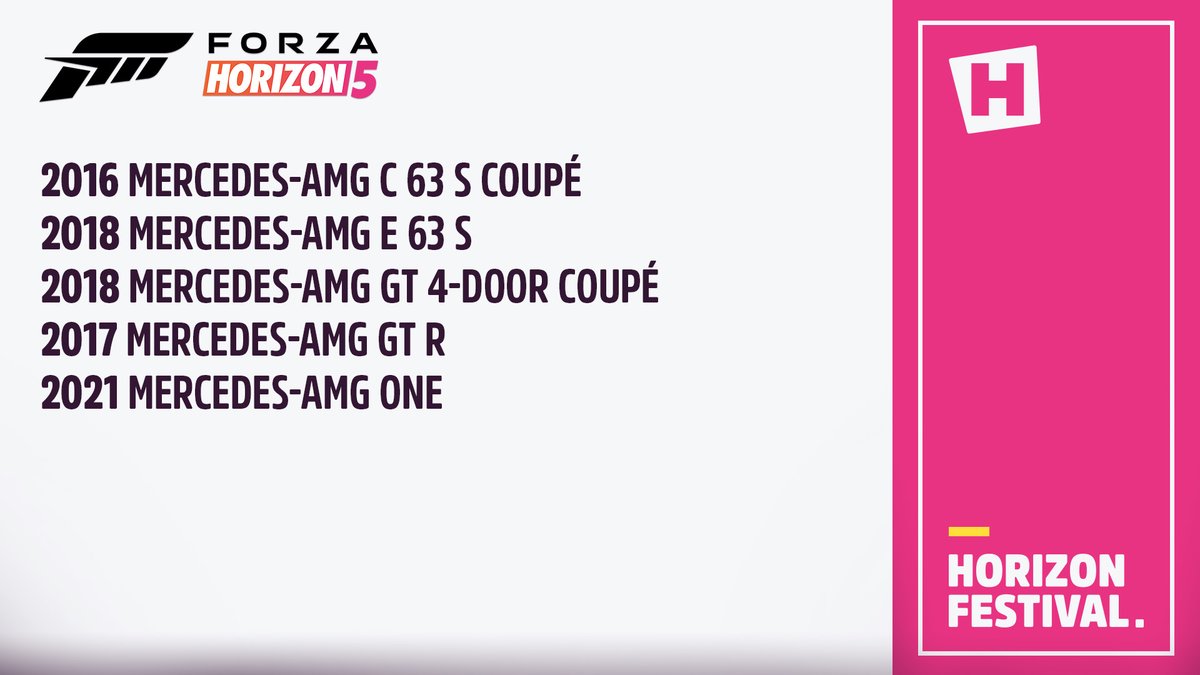 “Every @MercedesBenz vehicle coming to #ForzaHorizon5 at launch.” @ForzaHorizon 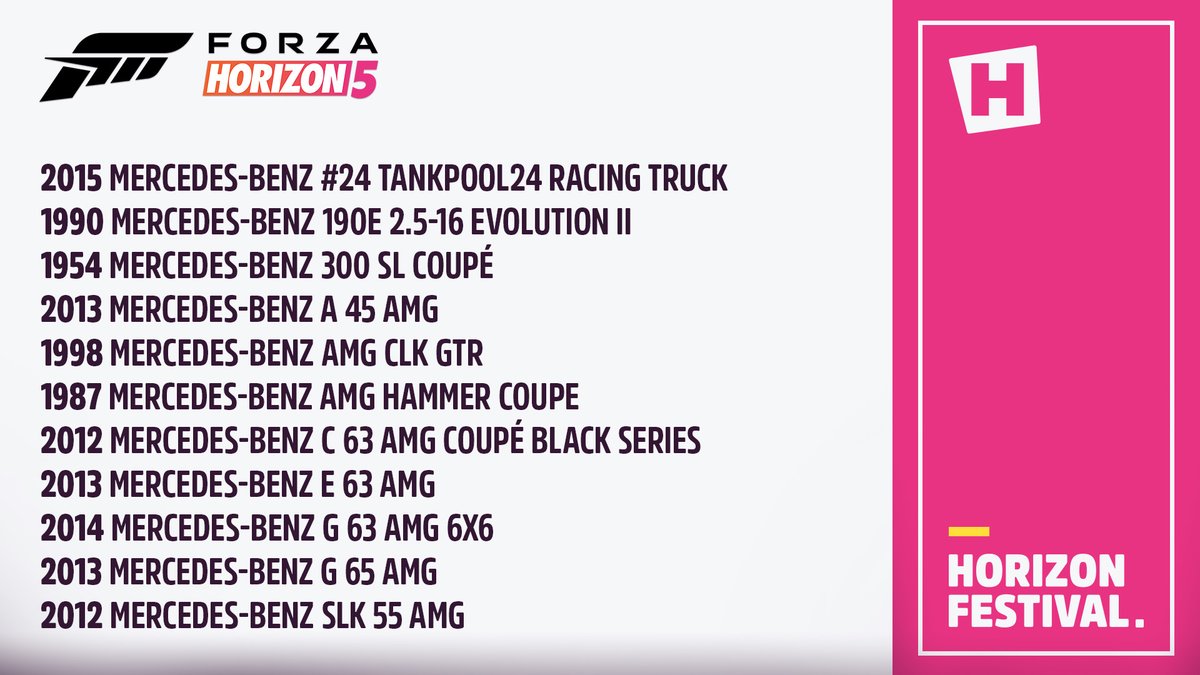 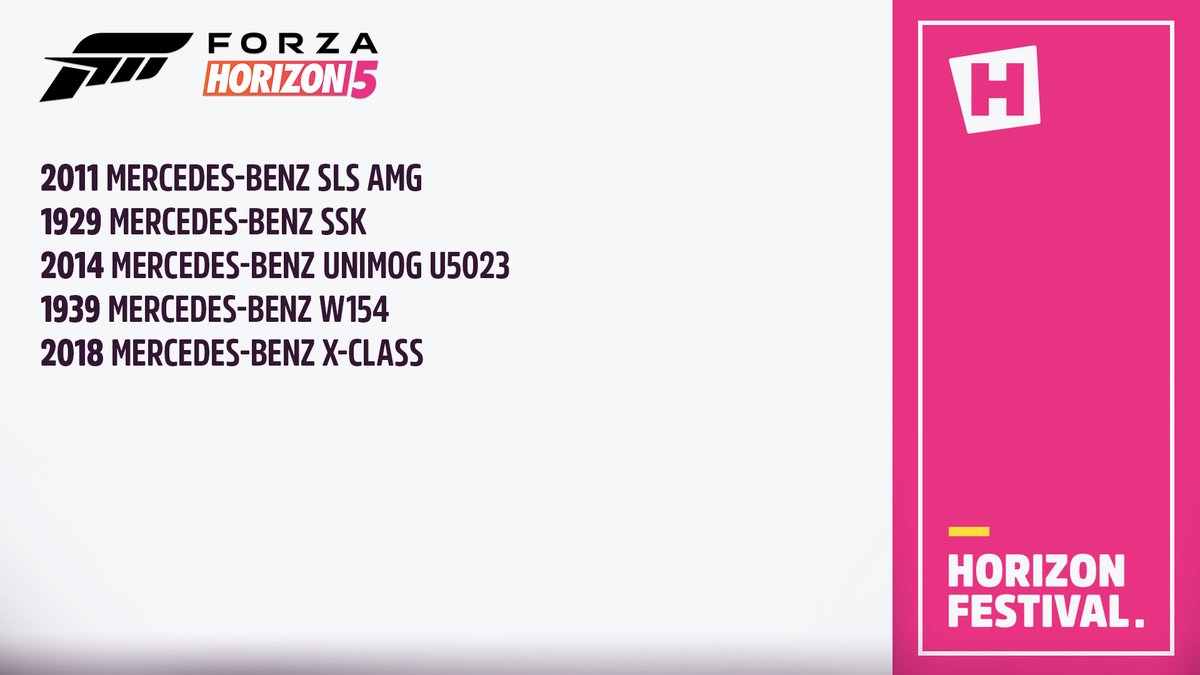 Official reveal: “Here is every new @Ford coming to #ForzaHorizon5 at launch, starting with the starter, the 2021 Bronco.” @ForzaHorizon 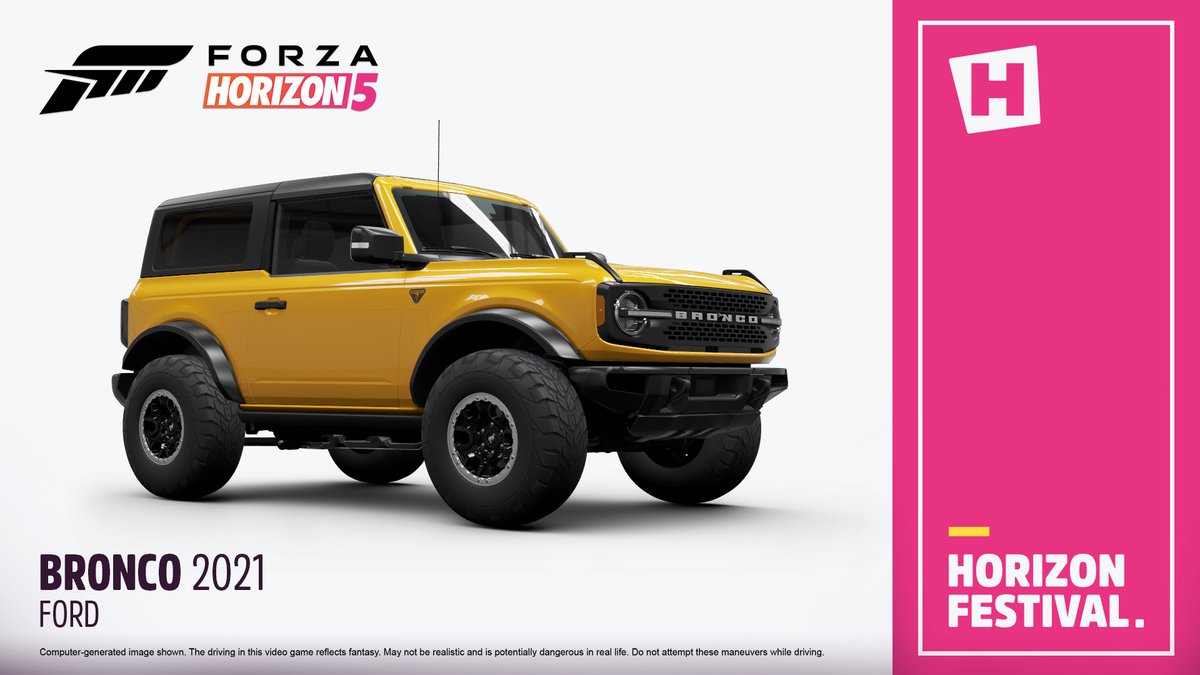 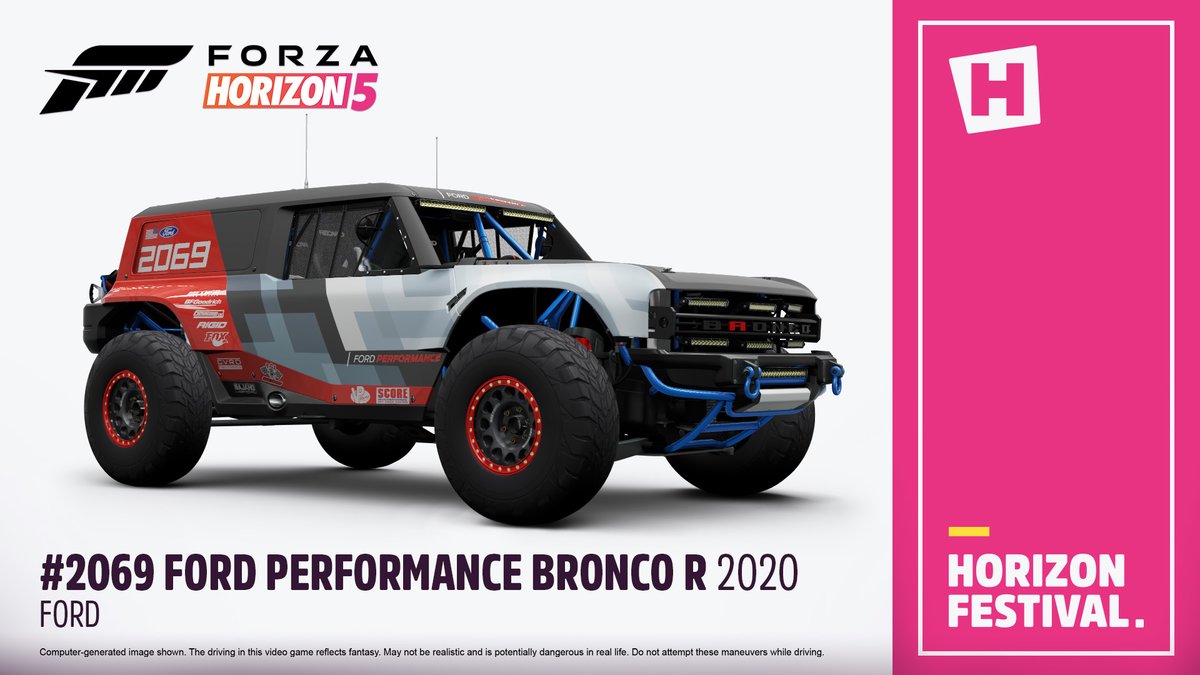 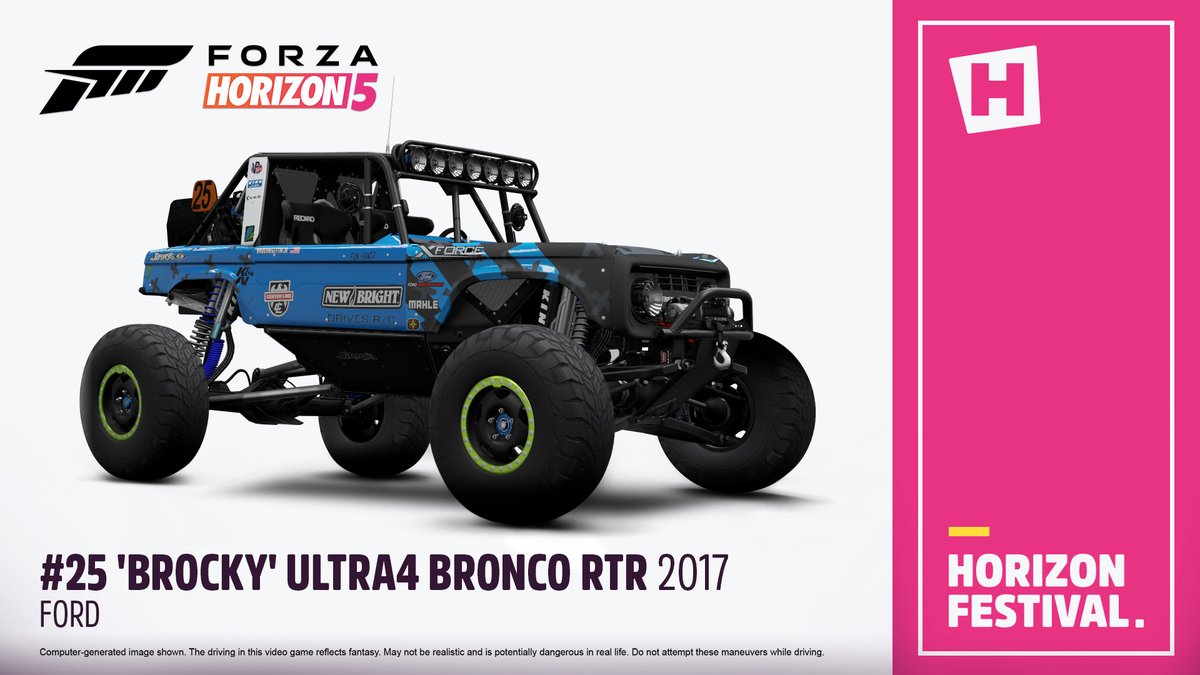 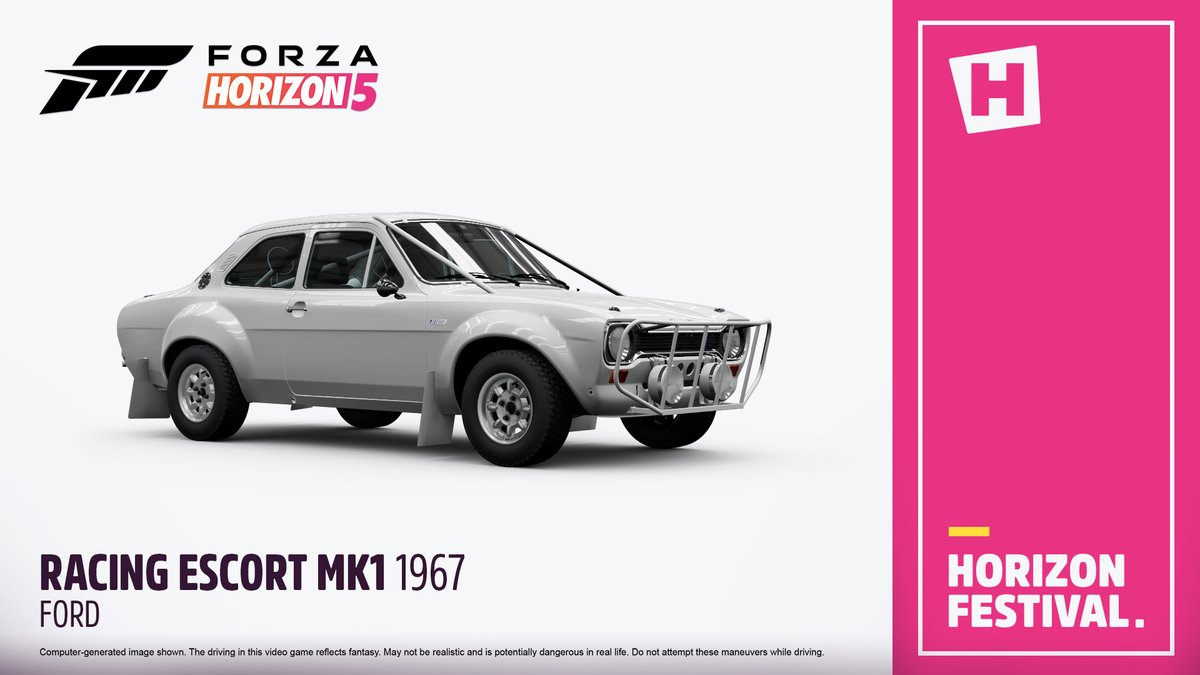 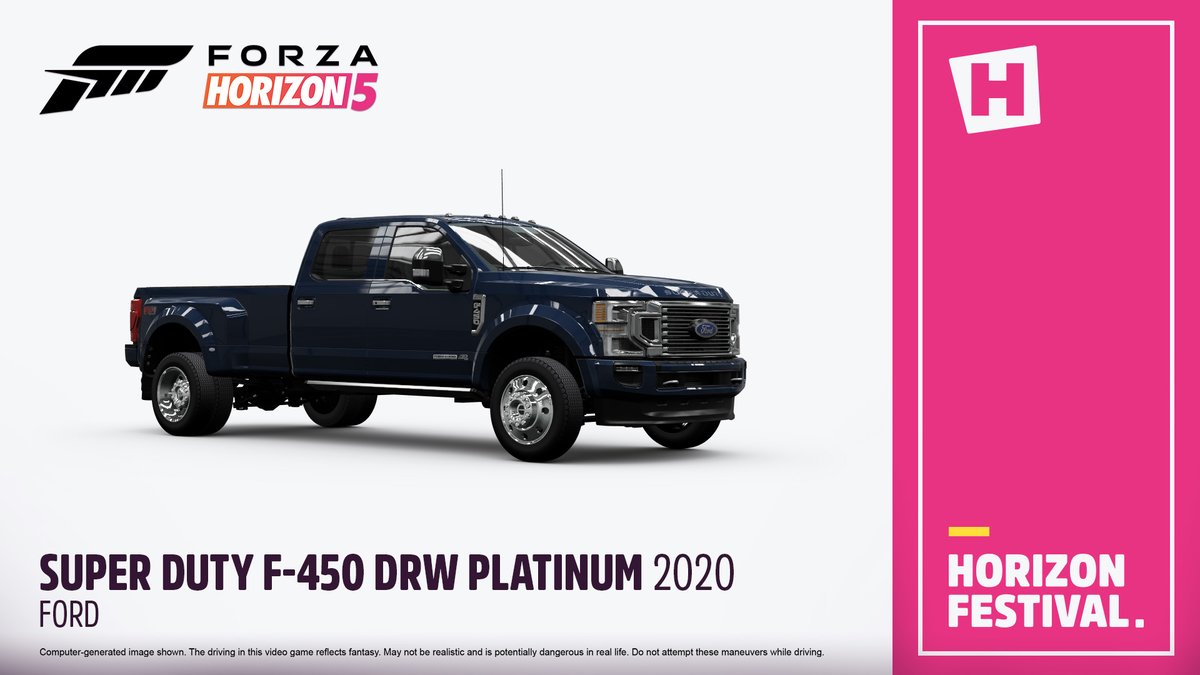 Forza YouTube - Forza Horizon 5: Ford Bronco Badlands
“The Ford Bronco Badlands is coming to the cover of Forza Horizon 5. Its rugged engineering means it’s primed to deliver an exhilarating off-road experience over Mexico’s vast terrain. Built with the toughness of an F-Series truck and the performance spirit of Mustang, the Bronco is fully-equipped to go beyond the beaten track and explore every inch of Mexico and its vibrant biomes.”

Not gonna lie, getting kind of nervous not seeing any Aston Martin yet.

I am a little disappointed. Especially at Mercedes there are a lot of outdated models that have been given a facelift for a long time. If BMW and Audi are treated the same way, I’ll think about canceling my pre-order for my Ultimate Edition after all. There were very few Audis in Horizon 3 and 4. The current R8 didn’t make it either, instead we are delighted with the outdated 2016 model. I really hope that in such a modern racing game there will also be current models. The BMW M8 shouldn’t be missing either. Volkswagen is also treated rather badly. An Arteon would be perfectly suitable. Just like some VW SUVs.

Ford’s list has been released and I’m a little disappointed with it.
Deberti F-150, Mach 1, XB Falcon…many of my favorite cars have been removed.
And in its place we got a new variant of the existing Mk1 Escort.
Yes, I know that Escort has a great history in Mexican rally. Definitely a car that should have been added in FH5. However, I also have a feeling that I am not convinced…

All Fords Coming to FH5 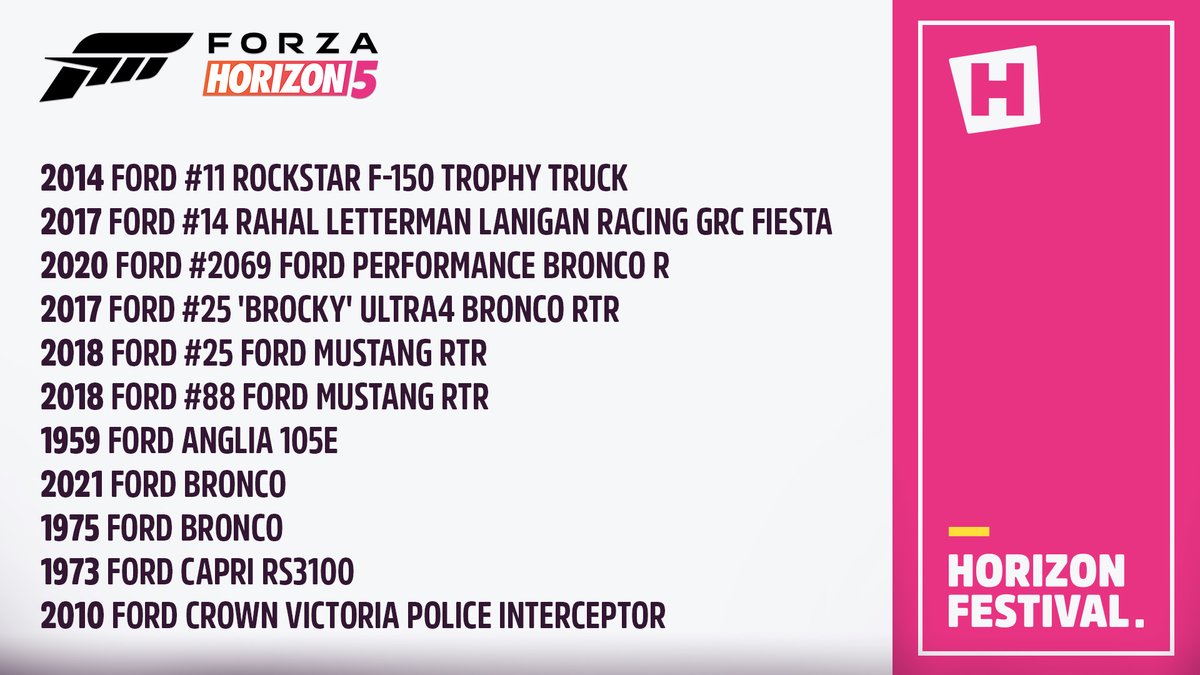 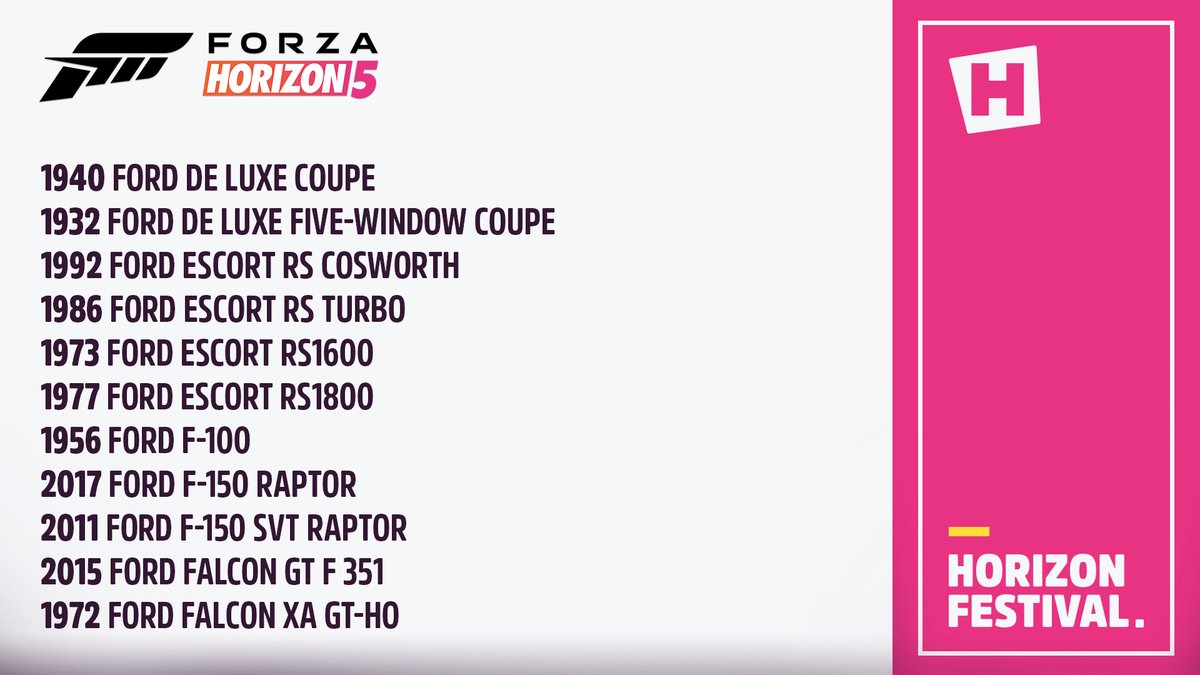 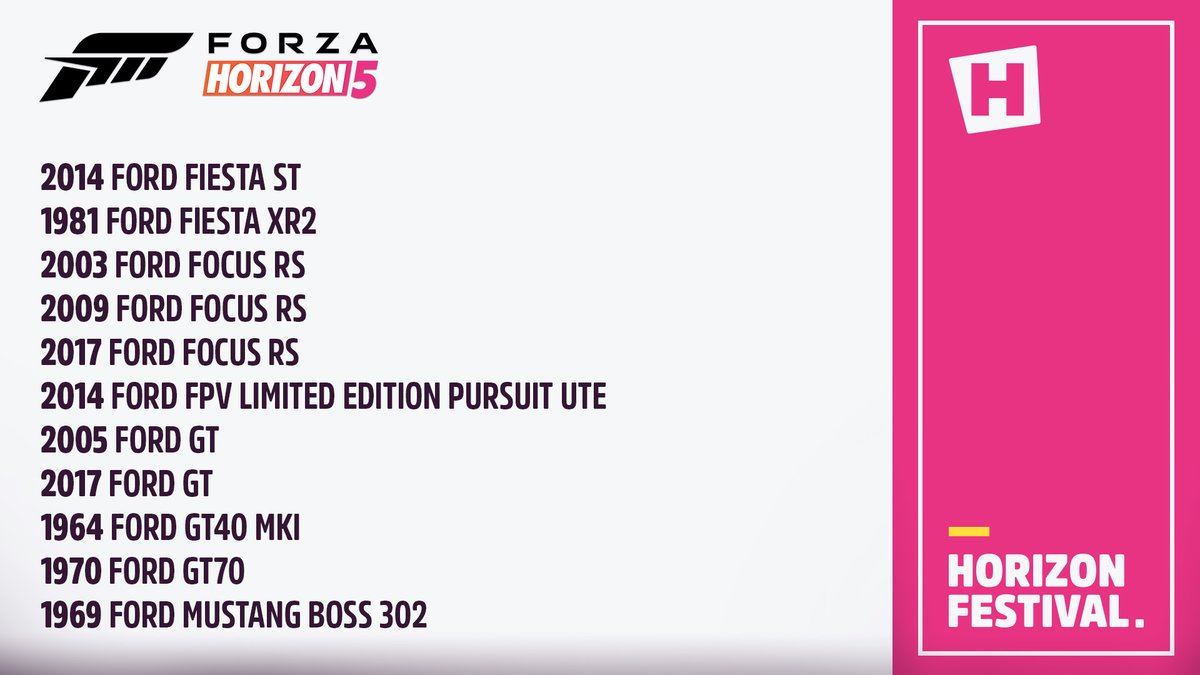 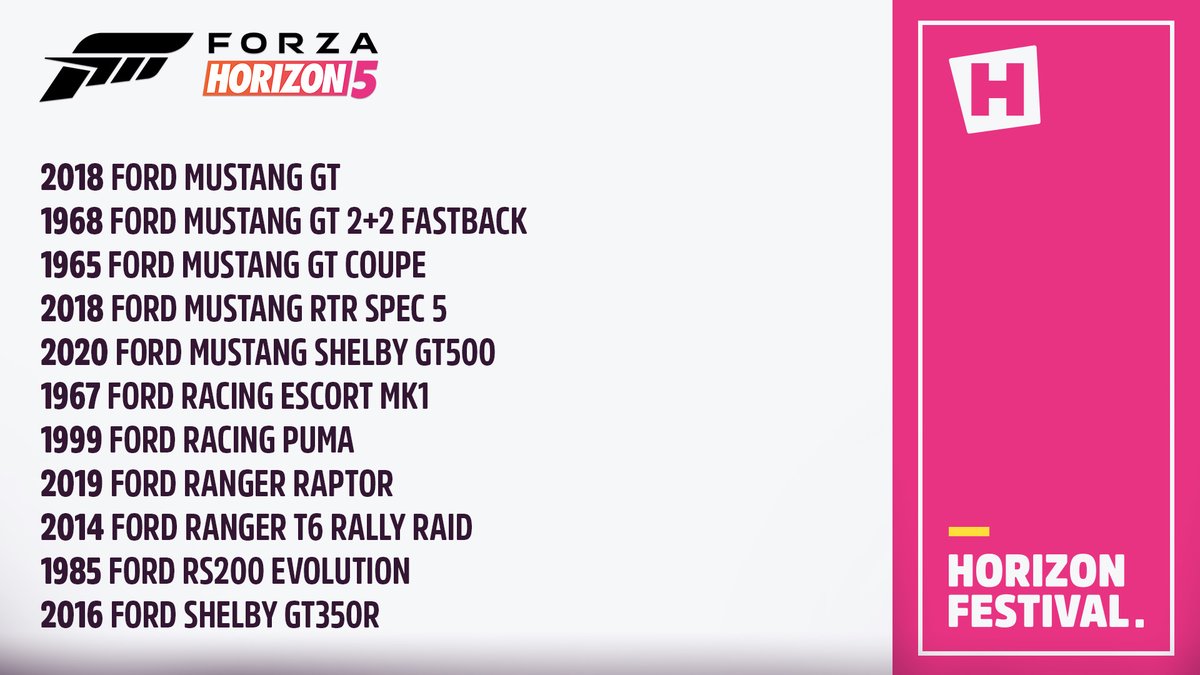 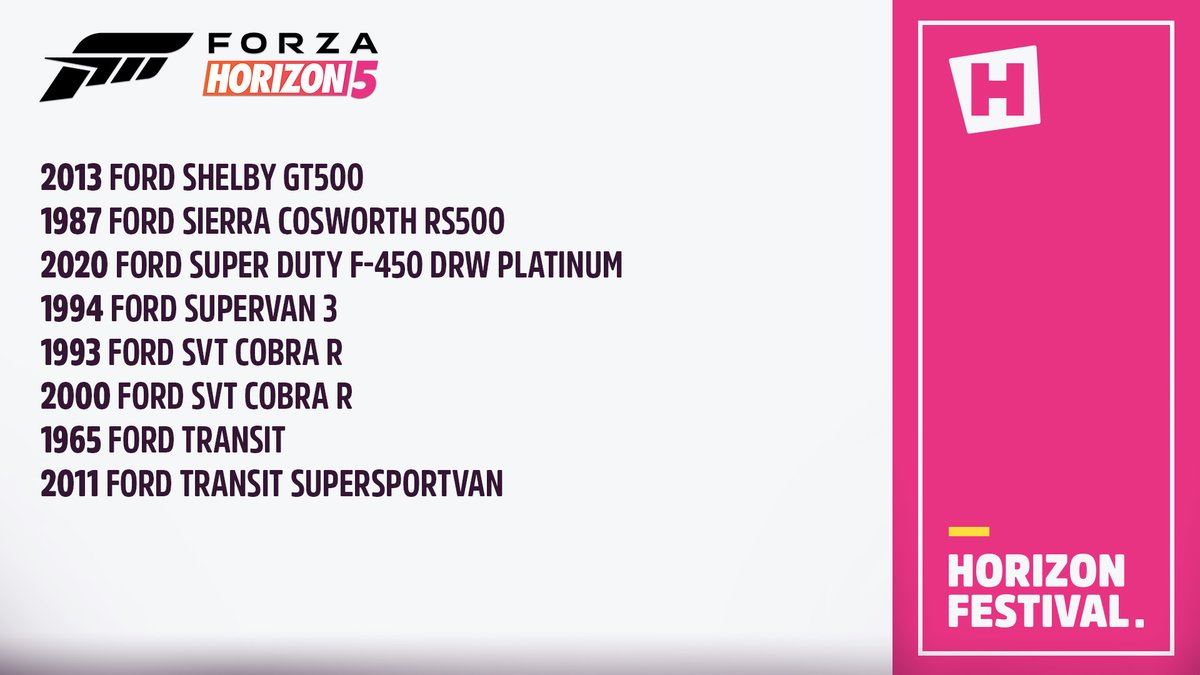