Why do i get only 1 point from each if the initial page states 4 points? 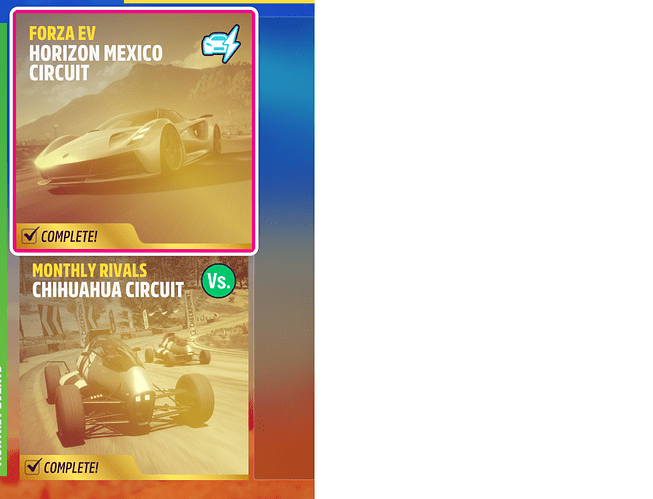 one point each week makes 4 points a month, doesn’t it ?

kinda arrogant, but ok. i did not know that is how it works.

this HW series has the same issue like OP, only 1 point for both rivals time attack.

They changed it because 16 points/series is too much for something that requires you to casually do 1 lap. Seriously, you don’t even have to drive fast.

rivals challenge gets 4 points.
you can see the reward before u did.

They decided that it was an issue that needed fixing in preference to actual issues that do need fixing, seems to be a common trait fix non issues rather than real issues.

What part of “16 points/series is too much for something you can do in less than 2 minutes casually driving” you do not understand?

well considering some of the dailys can take way more than that just for 1 point it does seem the whole points system is screwed, they need to rethink the whole thing, but I don’t expect you to agree, so as you where.

i ve played a horizon title from 2019, that was always 4 points for this challenge, thats why im confused.

but yeah devs changed the rule. i counted total of all points this hot wheels summer season.
rivals gets 1 point now, its correct not a bug.