I think fans of a lot of brands can claim the same thing. There are a lot of key picks missing that were present in 4.

I feel like the day one car list was pilfered in order to flesh out the playlist early. It’s possible that’s not the case but either way I feel like their car prioritization is wonky.

When I saw that yet another GTB variant was arriving on car pass, I audibly groaned. It’s not that I hate the GTB, I think it’s a fantastic car in fact, but there is so much more stuff even from Ferrari themselves as you point out that would have had so much more impact.

I mean, what’s the point of adding a 488 Challenge to Forza Horizon? It’s not even a road car. Unfortunately there’s precedent (KTM GT4), but still. This type of content is immersion breaking.

It’s like Forza Horizon wants to be an open world racer while still hinged by a track racer’s content pipeline.

Personally, I don’t mind track cars in Forza Horizon. I loved the le mans builds present in 3. I think part of the game’s charm is the ability to race a car like that against some dinky Isetta you souped up and see who wins.

But I’d also agree that they shouldn’t be prioritized over adding marquee consumer level cars.

Forza Horizon is a car festival so I think it’s important to have concept cars, new models, legendary classics and current cars of all kinds. I just wish they were stricter on what 911’s, Skyline’s/GTR’s, Golf’s, Civic’s and Mustang’s make the cut. The V6 Mustang for instance

I mean how many people actually use their “Black Edition”? I’d rather have a Toyota TS020 instead please… or a new ford model not already in the game. I don’t need 20 variants. Just the really good ones or something else. I don’t drive my 911’s just because I dunno which one other than the 90’s GT2 to pick.

Since FH4, there seems to be more variants of existing models on the car list.
Of course there is a reason for that. Every time a new variant is added to a favorite model, supercar enthusiasts want it added to the game.
And these brands design a million different variants for these models, just like “Malibu Stacy with New Hat”.
As a result, Forza became a game with tons of Huracans and Type 992s.

Of course they have a huge fan base, so in a way it is a result of supply and demand.
But it seems to me that these models are increasingly boring the car list.
I’m not saying that these models should never be added again, but they could be added a little less frequently.

As we investigate the current FH5 connectivity issue, we’ve changed the release of the Series 6 Update to Wednesday, March 30. We will let you know once the update is available to download. The Series 6 Festival Playlist will still begin on Thursday, March 31.

We're constantly working to improve the experience in Forza Horizon 5. Below you will find a summary of items fixed or improved upon in this update. Version Number: Xbox One: 2.443.870.0 Xbox Se... 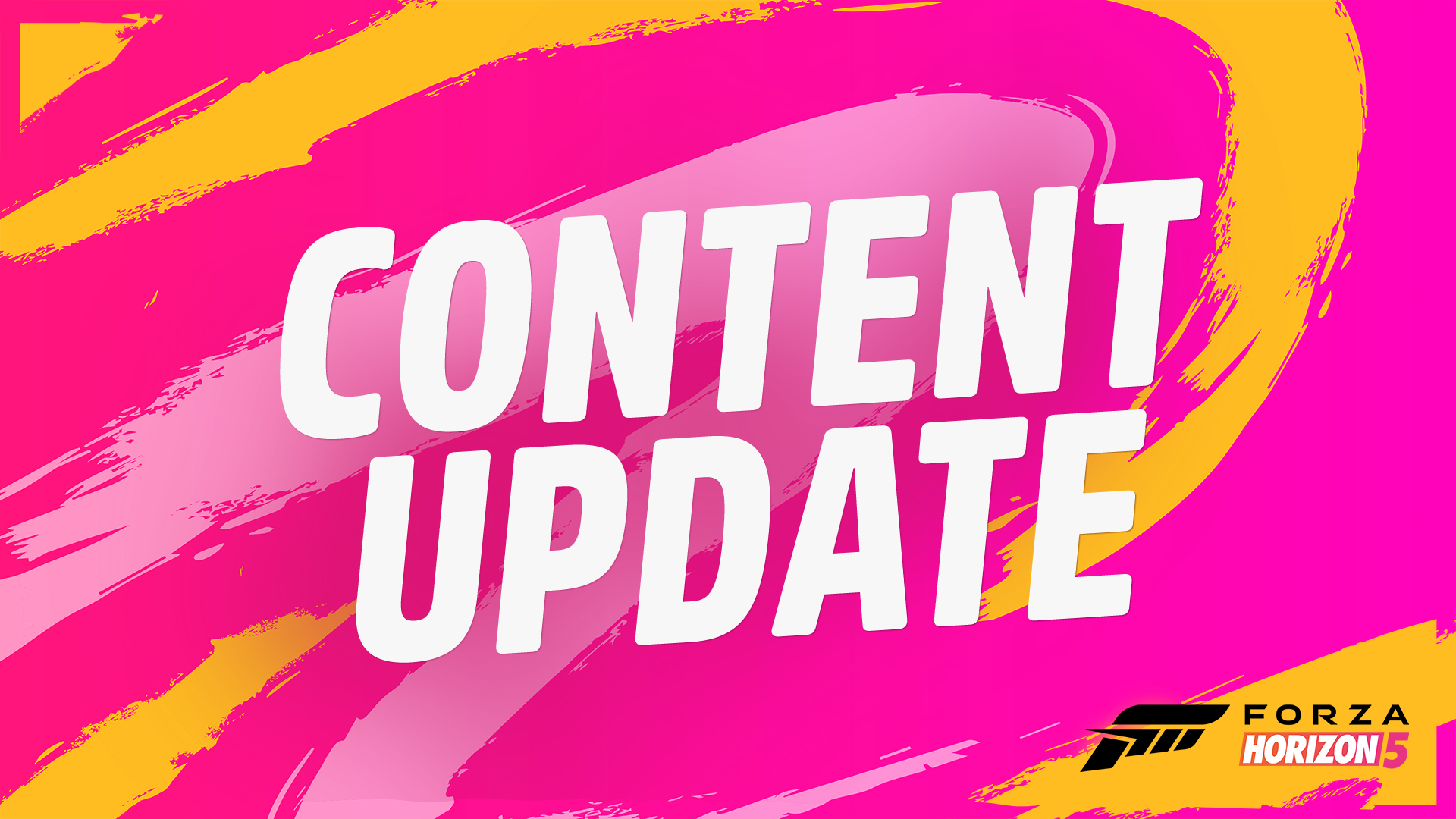 That’s a good decision, glad to see they’re working on it.

I feel compelled to point out that there are only 2 modern generation Porsche 911s in the entire game, and they have very different engines. Also, there is no 992 Turbo, their flagship car.

You’re probably thinking of 991, which has seen two additions to the game, though again with different engines. It is quite thoroughly populated though, we definitely don’t need more.

We don’t even have the Ferrari Roma.

I knew they were going to postpone the update, it’s predictable at this point. Instead of throwing in a hot fix later to make sure everyone is in, let’s make everyone else wait because some people are being disconnected.

Nope because I’ve had issues with the game since day one. Issues they still haven’t addressed or even hinted that they’re working to fix.

How long did we have to wait before they fixed invisible players in Eliminator? When others players could see everyone all the time?

Oh yeah and still waiting to achieve the same stupid eliminator accolades that I’ve been trying to get since day one but still isn’t fixed?

So just update the game and fix everything else later like you’ve been doing!

Reset the friggin drift zone leaderboards already. You all broke drift zone scoring in December and NEVER FIXED IT OR RESET THE LEADERBOARDS!!!

Look for the update to be available after 5:00:00 PM - note that the rollout may take some time to reach the entire community.

Series 6 features such as the Drift Club Story should be available today prior to Summer season’s Festival Playlist starting March 31, 2022 2:30 PM

Still no update half 6 uk time

Try rebooting your device and check to see if you can manually trigger the install. The update is rolling out now but may take some time to be available to everyone worldwide.

NOTE ABOUT INSTALL SIZE: This update is between 5-10GB depending on platform, regardless of incorrect information in the Windows Store. Unfortunately any issues related to Store and installation cannot be resolved by Forza Support. See this info in the Troubleshooting forum.