Can I do design inspired by other designers? (of course it won’t be the same)

Sure, can’t see why not.

Just careful not to save the car after you stripped everything!

I’ve seen at least one proper drama due to this. The video still ended up brilliant though

Just careful not to save the car after you stripped everything!

I’ve seen at least one proper drama due to this. The video still ended up brilliant though

Probably best to save it twice under different names just to make sure. I sometimes make a design for the sides of the cars with less vinyls than the one on the bonnet, I save them twice to make sure that I don’t overwrite the wrong one, then delete them later.

My design will be in the ford super van with one side the series and the other the s behind will have the symbol of the xbox and in front the great POWER YOUR DREAMS, but I’m still played in the paint of my pc designing the design kkķkkkk

like putting a photo here, because the link I create doesn’t open

like putting a photo here, because the link I create doesn’t open

I went with the original Xbox for my submission. I am no artist, but overall think it came out ok. I recently put FH4 on my PC and it made it quite a bit easier to create things. Hopefully I will get something else done (and get better at it). I chose only the Audi because it seemed the best choice of the three 2001 cars available.

For those of you who haven’t been xboxing since the beginning, the original was release almost 19 years to the day from the release of the Series X on November 15, 2001. (and to my surprise, I have a loving daughter who brought an X home for me. A part time worker and student, it was way too generous. I think I owe her a car). They original XBOX was built to challenge to the PS2 and a tough decision for them to get into the gaming market. For ease of coding for existing programs, it was built on the Windows 2000 OS. The Xbox sold over 1 million units in the first few weeks in the US with help of its flagship game Halo. (it’s a pretty good game if you want to check it out). The console originally sold for $299, but after poor overseas sales, they lowered the price to $199 (apparently losing money on each console). There is more on the history of XBOX, but thankfully for us XBOXer, all their decisions seemed to have been correct. (sorry for the rambling). 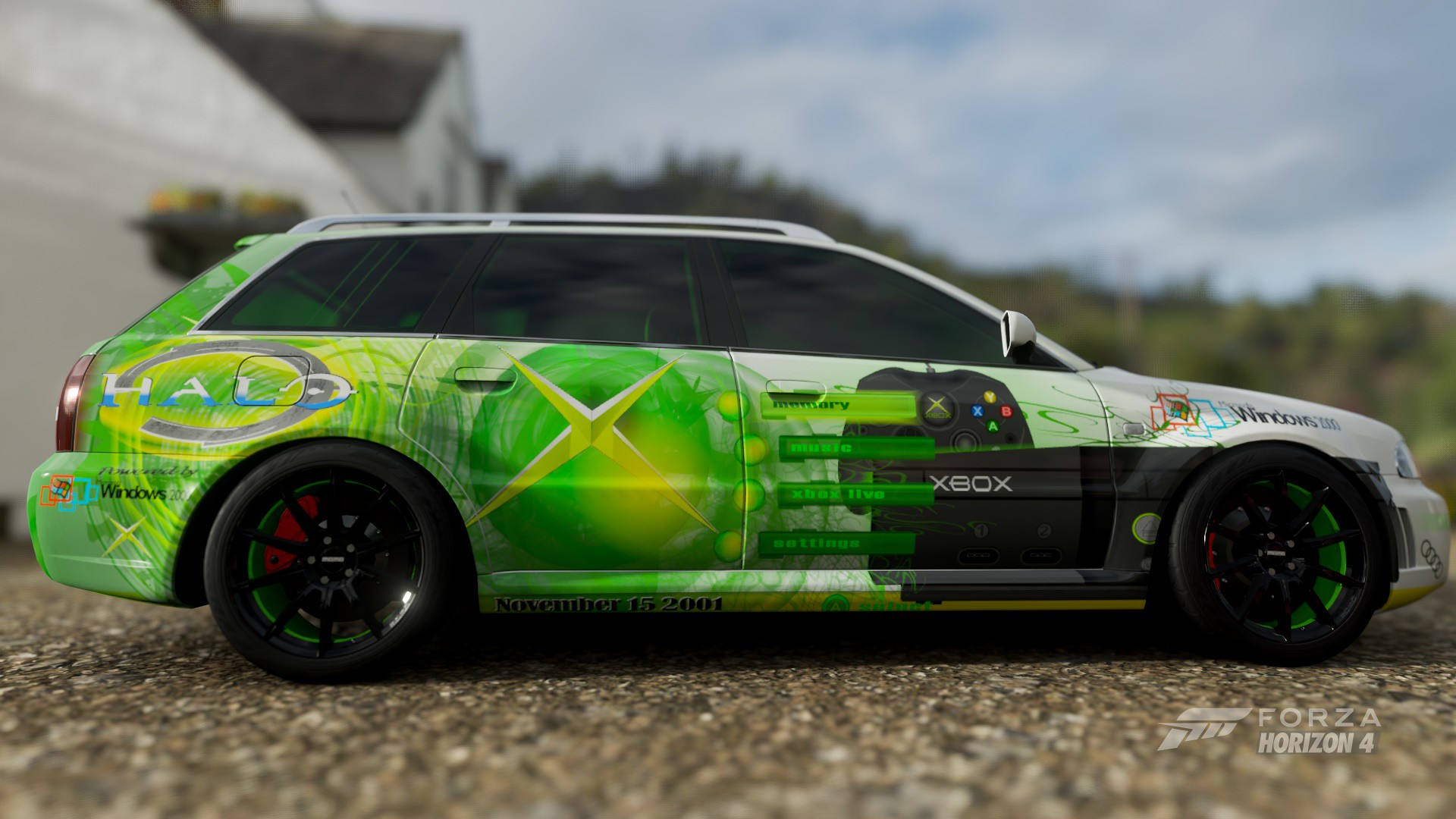 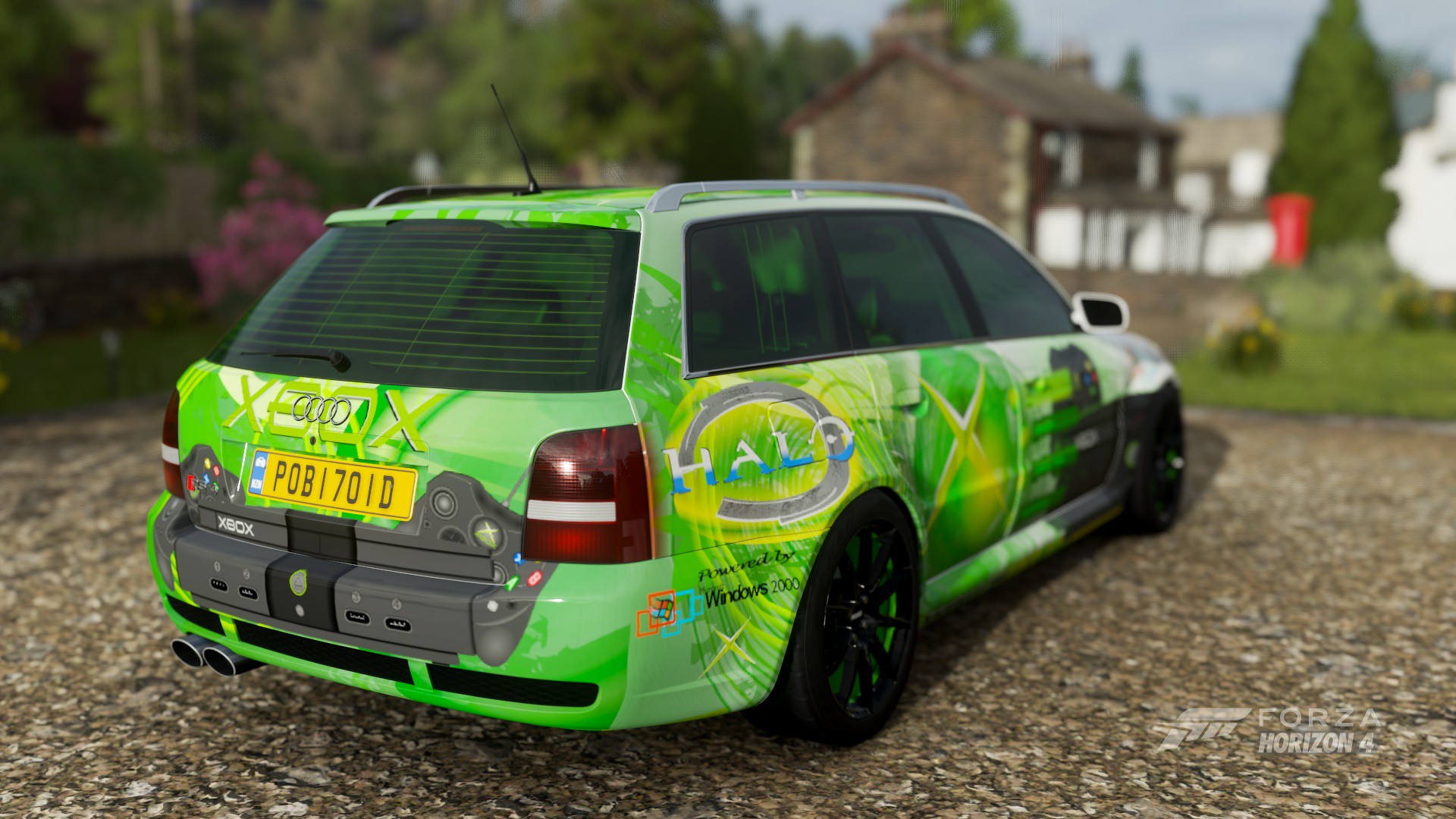 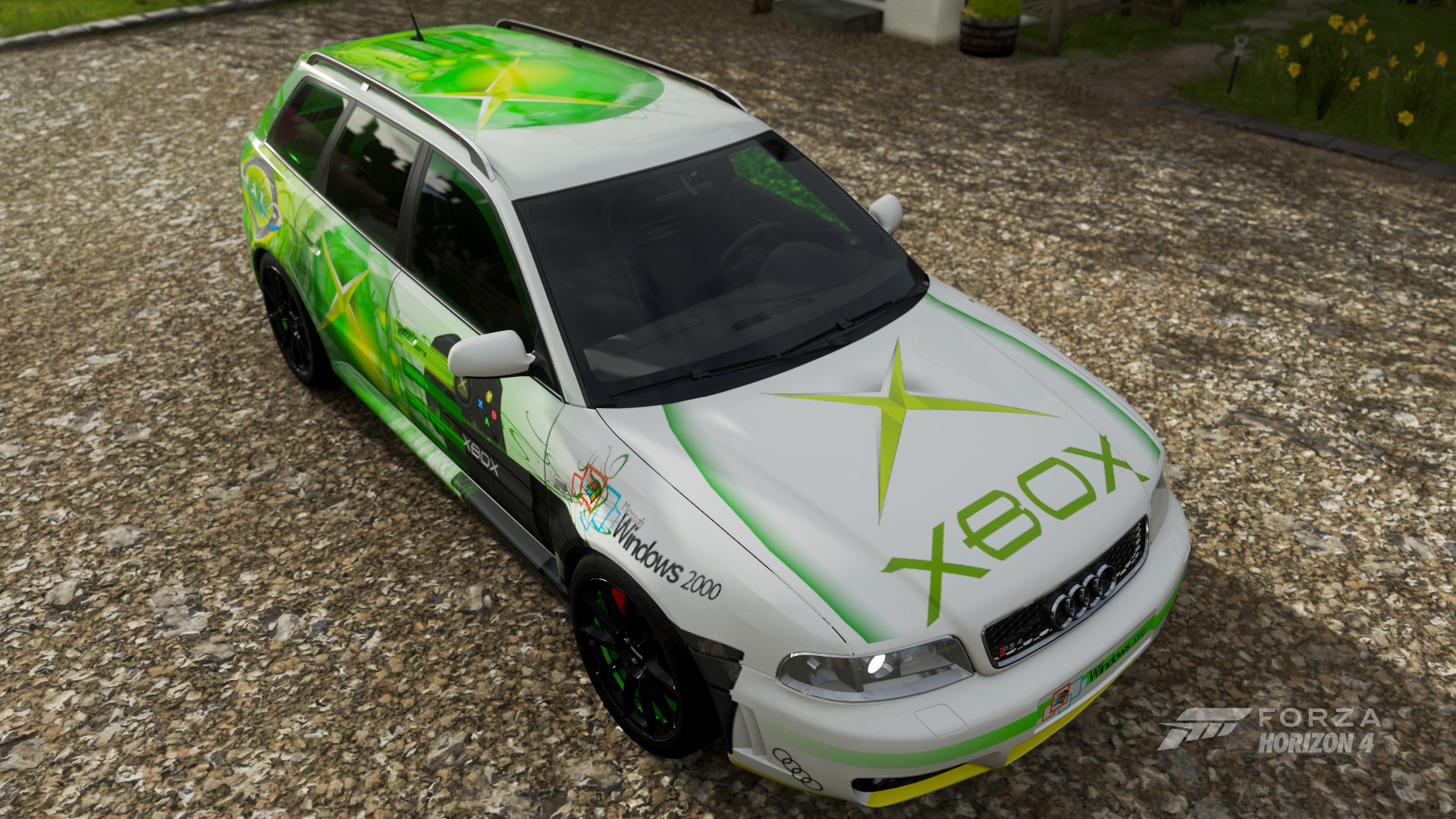 Just use any site where you can copy the jpg address into the image link on here.

The easiest way is to use Flickr (it’s what I used for the above shots). If you don’t have an account, they are free and you get 1000 images. Everything else I have tried is doesn’t seem to work correctly (onedrive & google seem to give me issues). You need to take a shot in FH4 and share. Then from the gallery here (under the community drop down), save it locally and upload to flickr. Then use the BBcode link when you click share. What would be really really nice is if they provided a share code in the gallery. Otherwise you can just you a link to where ever the pic is. You won’t see it in the forum, but at least people can get to it.

Thanks. Not great at it but getting better.

My design is too slow and I don’t think there will be time, because designing on the Console is a huge delay,
but I made a lot of progress, I’ve done the design on my pc’s paint, and I already have the base of the xbox series x vinyl groups, now I just need to make some adjustments to go to the series s and do the design and deliver it