I’m missing 2 landmarks, on mine. I think that’s the only difference. 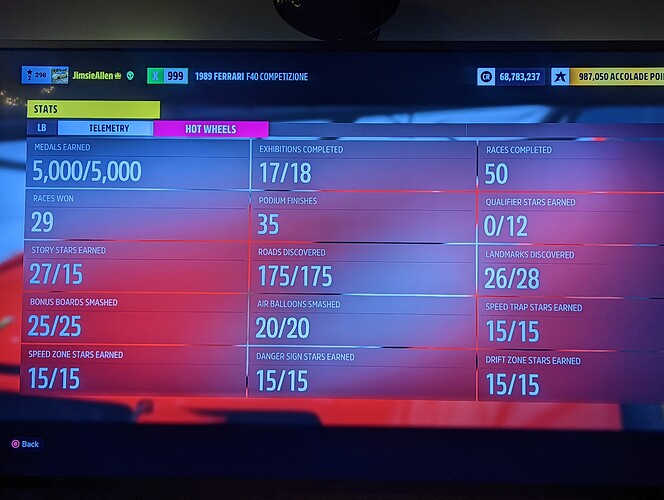 thanks - you’re also one down on exhibitions, though, maybe run through them again? 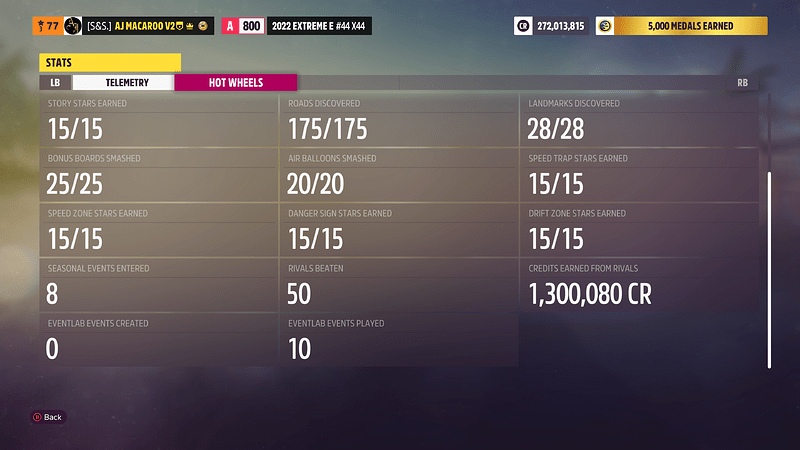 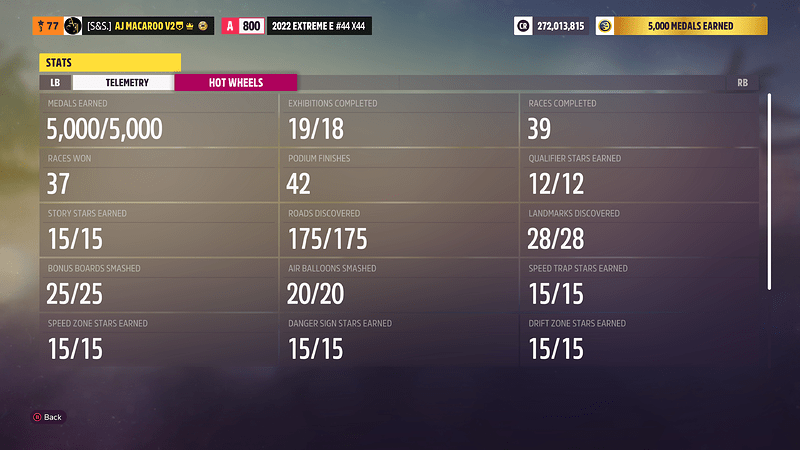 Granted there is plenty for me to do on the game being open online, series rewards events, finish rivals on the DLC, tuning, photography so I’m done wondering and trying to troubleshoot when this will be fixed and addressed. All up to the devs to diagnose these constant bugs I say.

It is what what it is from here on out on this game from my personal standpoint.

Yup, wasn’t displaying that last night, but today it shows the xtra at 19.

I’ve also noticed when your on the main map and attempt to look at your Hot Wheels stats there all over the place like the qualifiers are back at 0/12 but medal counts still say 5000. Once you go back to HW land it shows what I just posted above. It’s just totally bugged out man.

Anyone else want to chime in on the 99% club feel free to do so.

I’m determined to chime in on every day. I demand my 100% again after DLC release. I earned it.

I have 19/18 exhibitions completed.
I have 27/28 landmarks discovered.

Have you discovered Treetop Towers? 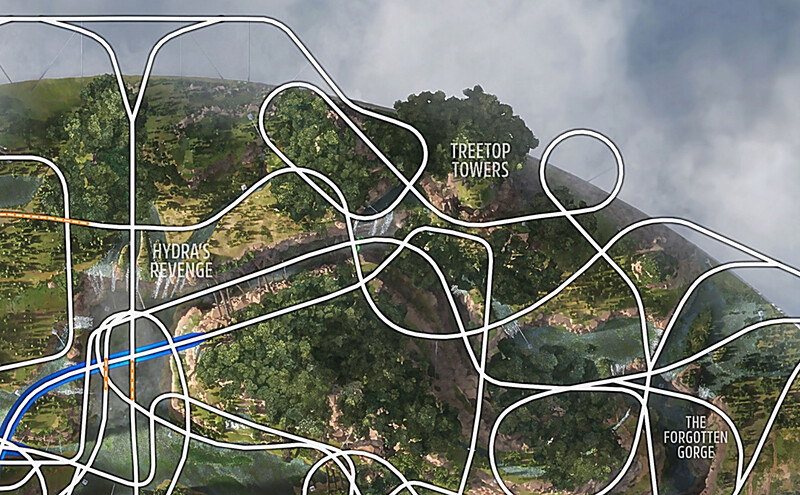 I also just finished all the accolades that I had left (play an EventLab and jump the VW Bus).

I have 100% of the accolades for Hot Wheels now too.

I’m on a Xbox One X if that matters at all.

I don’t want to burst all of the tanks anyway, so I will probably never do 100%

Hi. Also at 99%, and everything complete, all landmarks and exibitions, annoying ain’t it? I thought I was the only one for a short while. Ticketed three times. Hope a fix is applied soon.

I’m starting to think it’s because I’ve done almost every part of the Hot Wheels History Story back when I was in ‘B’ rank yet.

The game gave me such opportunity (bug?), although, as I later saw, further parts of that Horizon story were requirements for later ranks (A, S1). Seems like the achievement ‘waits’ now for me to complete those chapters assigned to later ranks, but I already did them earlier.

I have every mission ‘gold’, though, and got my Mustang as soon as I reached the rank where the respective chapter of the story awarding this car was. So I don’t know.

I’ve now got 28/28 landmarks, I was missing Forest Falls Dragon.

Losing more hope with each day…