Do anybody know what is this rendering (zoom trees) is this normal? Also i have pixelate smoke, water and glass at more distance. 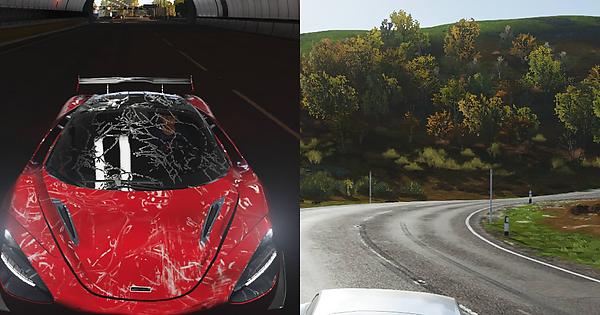 Xbox player here. It’s no different there.
Rendering is horrible

I saw videos of Xone X gameplay on YT - I have a reasonably good internet connection so I can see all the detail and resolution clearly - there’s some pretty noticeable pop in and bad LOD going on. This is an issue with the game or rather a design choice, it appears.

Hope to see it get addressed at some point. the world looks beautiful, but the somewhat low LOD and noticeable texture pop-in - not so much. i’m on OG xbox. played the game on a friend’s $2000 gaming PC - it’s no different there with the highest detail and resolution possible.

It’s when they’re fading things in or out that they’re using dithering.

I think this is used so they can render different LOD assets on top of each other to let them fade between LODs and reduce visible popping, but without having to depth sort everything.

When using alpha blending, you have the dilemma that you can’t later render anything that goes in between the alpha blended object and the background as you can not separate the color and alpha of them again. So anything that is alpha blended needs to be depth sorted and rendered last, or rendered front to back using the alpha channel for reference.

Using dithering instead partially solves that, and they might be able to skip the depth sorting altogether for those objects.

It could also be done simply for performance reasons and simply have carried over into the PC version because it uses the same shaders.