Been watch the live stream which can be found here: http://www.twitch.tv/forzamotorsport

I was hoping to have a competitive race with Helios but unfortunately he ran into a couple nasty crashes. But I managed to win

Also, if you guys don’t have car packs and want to be in the chance to get one for free, I would suggest having a watch when you can, the amount of codes Jube has gave away is crazy! I have them myself, but you get the choice of what one and even a Car Pass has been given out. 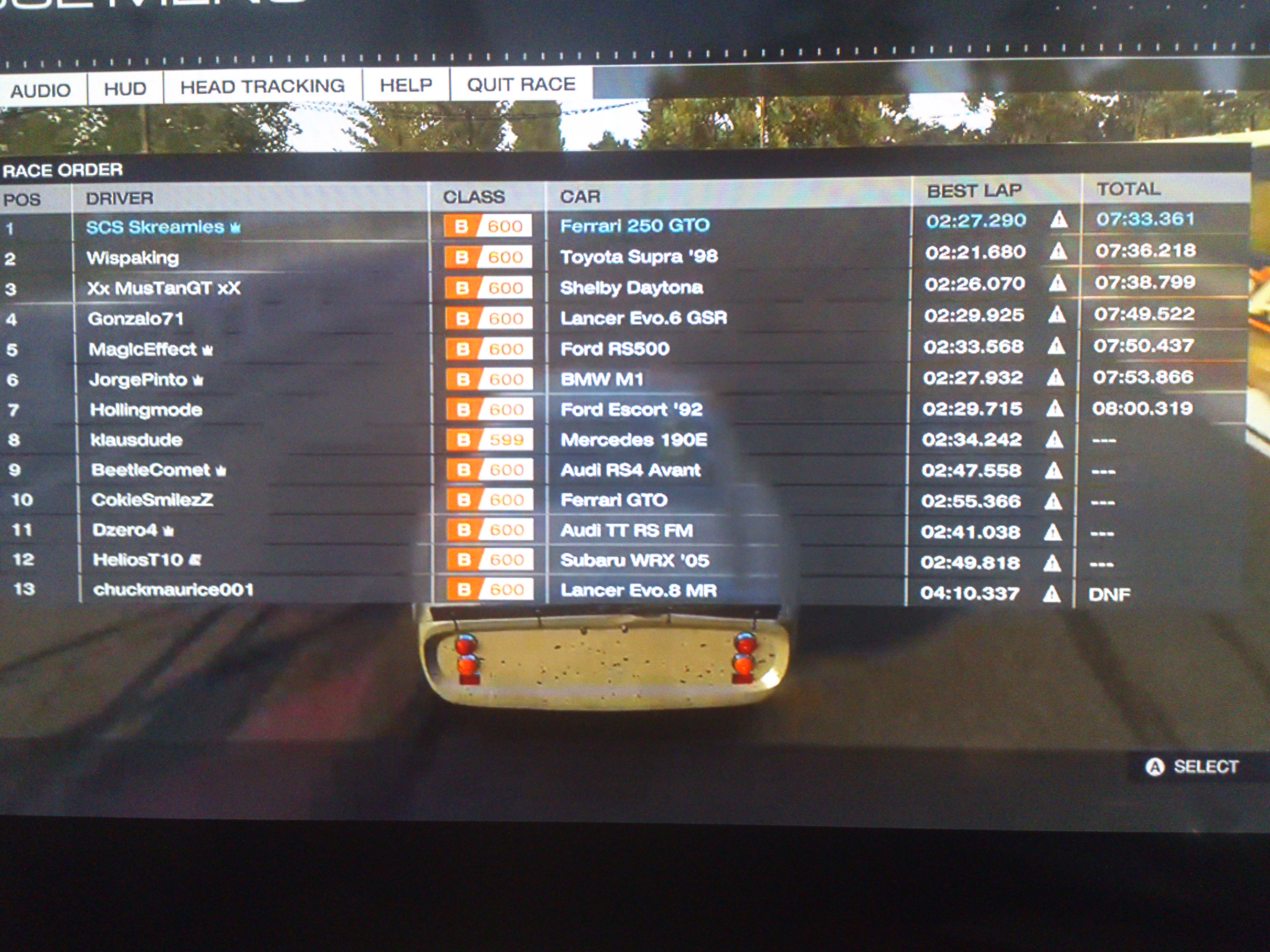 … and Jube is offically the king of code giveaways 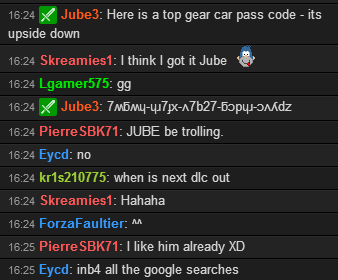 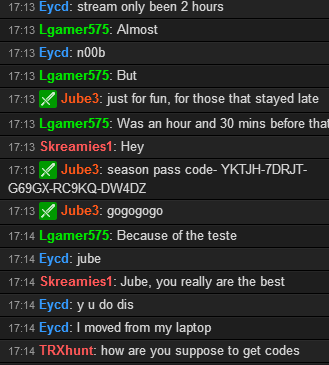 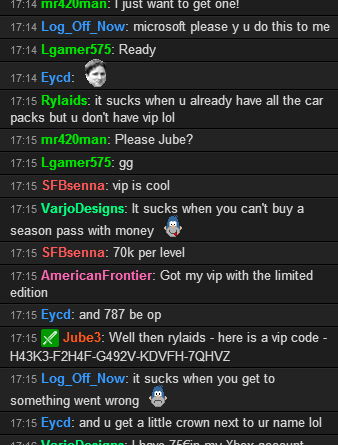 So it’s worth waiting for the after party haha